New Emi
My aim is to gain experience as a translator. 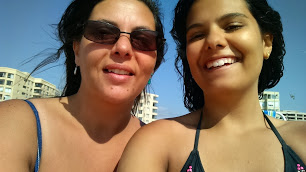 My name is María Fernanda Benegas and I'm 39 years old. I took my first english class when I was 14 years old. At the beginning I didn't like it too much but my parents thought that it was important for me to learn a second language. And then, after several years I learned to love it. Mostly because I discovered that being able to communicate with people from other countries and cultures fulfilled my enormous curiosity about the world and its wonders. And since english is "the language of the world" I realized that it was a powerful tool.

After I finished highschool, I took a succession of unfulfilling jobs as secretary for several companies while I was still deciding what to do with my life. English was certainly useful but I still couldn't see it as a career path. And then love came along, I got married and became the proud mother of 2 beautiful children. Years went by, my babies became teenagers and I realized I had undeveloped skills and a healthy ambition to become more than a housewife, so I decided to do something about it.

Since reading had always been my passion and as I said I love English, I decided to become a translator. I started studying at Facultad de Filosofía y Letras, Universidad Nacional de Cuyo. I am currently taking the third year of my major but as there aren't many job opportunities as a translator I am teaching a teenagers course at a local english institute.

I think this is a great opportunity to gain experience and to get acquainted with other colleagues and authors, whose abbility to transport readers into other places, times and feelings never stops to amaze me. I hope I could become a good translator and be useful to help readers and authors to establish  that wonderful communion of minds.