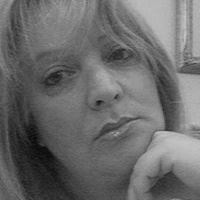 Amneris Di Cesare, Italian born in Sao Paulo, Brazil, lives in Bologna. Married to a calabrese doctor, mom and full-time wife, works as a free-lance journalist for women’s magazines. Since 2005 she manages the F.I.A.E. – Independent Forum for Emerging Authors (http://fiaeforum.freeforumzone.leonardo.it), either group and self editing workshop for emerging writers. Has published the essay “Mama or not Mama: the challenge of being mothers in the world of Harry Potter ” for the benefical anthology “Potterology: Ten essays on the universe of JK Rowling” (Camelozampa 2011), one of her short stories, titled ” Fang ” is present in the beneficial anthology of short animal stories ” Code di Stampa” (Edizioni La Gru 2011). In 2012 published her first novel, Nothing but love (Edizioni Centoautori), winner of the Mondoscrittura Literary Award, and in 2013 participated to the educational school project coordinated by Manuela Salvi “Next stop … Italy!” (Onda Editore) writing the chapter dedicated to the region of Calabria. Edited the benefical anthology “Dodicidio” for the project POP Edizioni La Gru, writing the chapter “February” (2013) and won the contest “Jane Wanted” organized by Edizioni Domino with which will be released her novel “Siren on the horizon”. On June 24th 2014 her third novel “Straight to Heart” has been released by Runa Editrice, and since Edizioni Domino closed late 2014, Amarganta Edizioni released Siren on the Horizon novel again in ebook version. A new essay on Harry Potter's mother minor characters has been realesed by Runa Editrice on January 2015 and she has been entitled by Amarganta Edizioni as fantasy and children's sections coordinator as well as scout for foreign rights and translator for english and portuguese manuscripts,