You Don't Have to Be Poor: So Plan Your Future by John W. Ridley Jr.

You Don't Have to be Poor"" is a book addressing perhaps the most important component of life for the individual or family. Financial security or the lack thereof is the main factor in the breakdown of families, affecting both mental and physical health. 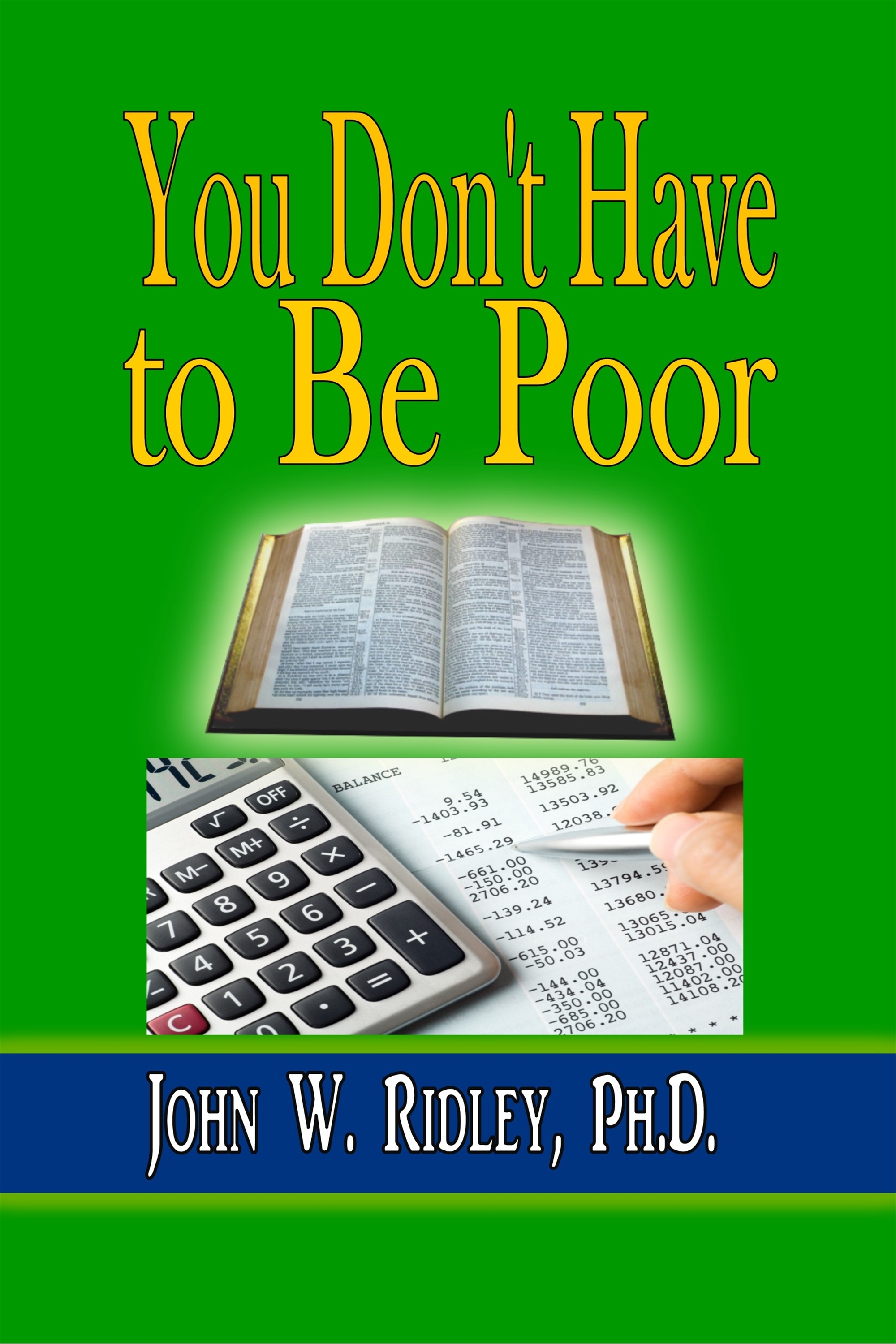 You Don't Have to be Poor"" is a book addressing perhaps the most important component of life for the individual or family. Financial security or the lack thereof is the main factor in the breakdown of families, affecting both mental and physical health. It is not a simple manual on how to become wealthy. It is not just a manual of merely preparing a budget designed to lift the reader from poverty. The theoretical basis of building wealth from a Biblical and a commonsense approach to provide financial guidance is found in this book. Those who don't have a theoretical background of what the government can do and can't do may foster and maintain a mindset of dependence on social programs. The responsibility and accountability of the individual is outlined from a Biblical and a practical standpoint. When given only tools for preparing a budget without addressing root causes of poverty and the characteristics of those who build wealth, one is prone to fall back on old habits. Some will lapse into the same approach to life that was previously unsuccessful. A practical education in the economy of the country and about the world is included to provide the reader of the complexities of a global economy for which we all must prepare to insure the future of our families and our country. Decisions must be made daily that influence the financial standing of everyone, based on future goals. Biblical scriptures address these problems for everyone and perhps leaders of entire countries. Common sense approaches to personal finance based on Scripture from thousands of years ago is stressed, and simple basics have not changed since. It is imperative that habits of sound financial practices become a part of one's daily existence. Each decision should be prayerfully considered, and a budget built from at least a year of transactions should be a guide for making prudent plans. Christians must care for others and provide advice and aid as needed, based on Biblical commands to give to the poor and to help those unable to help themselves. Learning based upon the Scriptures and practical expertise should engage the same approaches when preparing a realistic budget. The focus of this book is not to merely provide handouts but to teach the individual or family to begin a journey leading to financial security, rising from the ranks of the poor through individual effort.


The most common condition to which most attribute a state is being poor is a lack of money. Being poor will mean different things to different people. It is often related to the geographic location in which one lives where the amount of money or property owned or earned may be relative to varying costs of living. However, most statistics do not take these factors into consideration, since calculating the differing costs of goods and services may deviate widely from the mean or median averages. The amount of money required to live in various parts of the world is relative since the costs of certain items and services vary widely from region to region. But we are speaking primarily of the United States with respect to this writing. A large amount of political fodder is gained during each political election campaign by catering to the poor and promising to take more money from the 'rich' and giving it to the poor.

All the political parties in the United States, particularly the two dominant ones, lay all the blame for individual and federal financial shortcomings on policies by the political party in power. When the election results in a change from one party to another, the cycle is repeated and when the newness wears off with regard to the new political party in office, the blame cycle starts again. It is frequently heard that the problems of individuals and families without sufficient income is the fault of the political party in power or the greedy owners and managers of businesses, who may be blamed for allowing workers to become poor or remain 'poor.' I hope to convince the readers that neither of these assertions is completely accurate.