Wrong or Write 3 by Sky Corgan 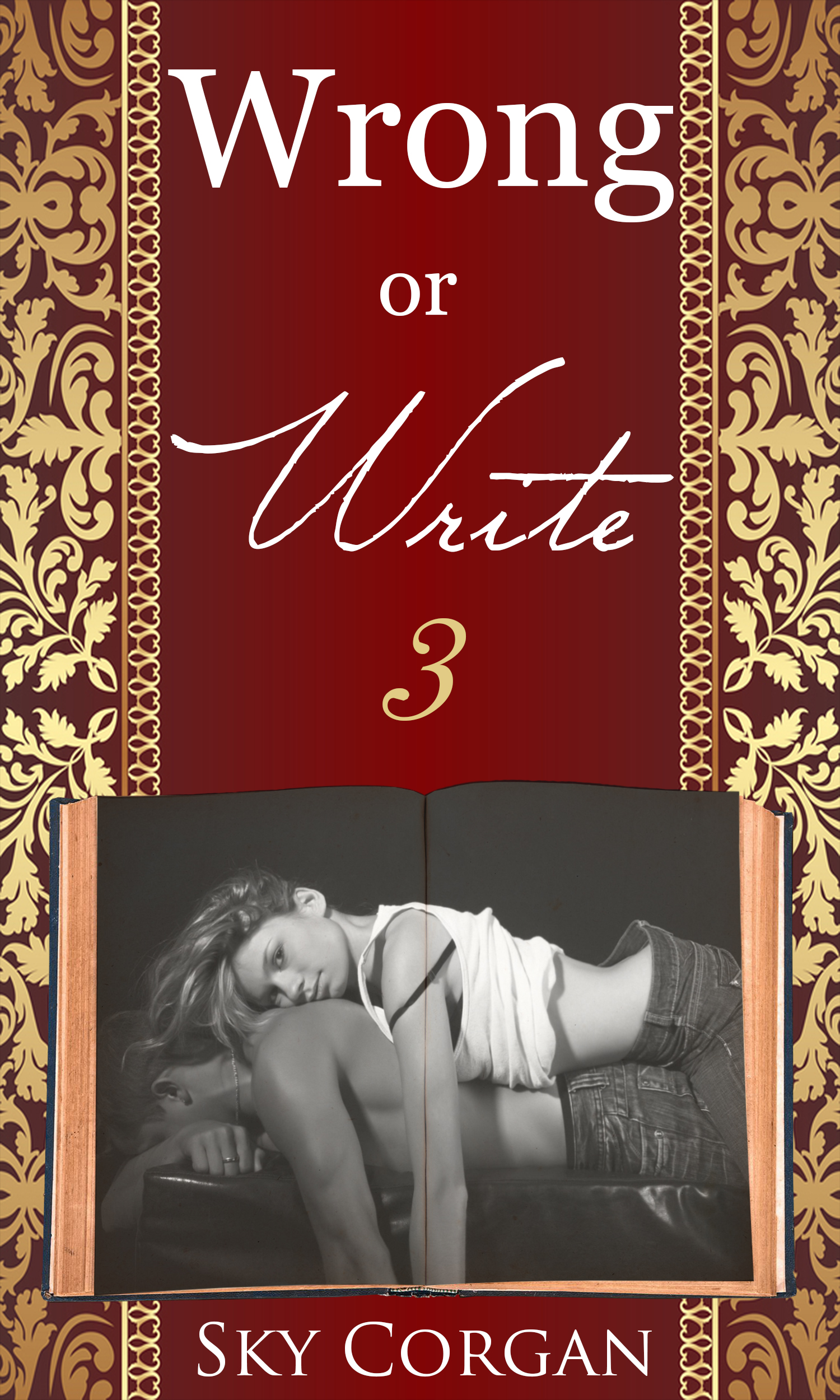 Dominick Parker's books are hot and steamy, but they also give Kim an insight into how he thinks and feels. The fantasies he portrays are far more adventurous than the love life they actually lead, and Kim can hardly believe some of the raunchy scenarios he comes up with. An upcoming business trip seems like the perfect opportunity to make some of Dominick's wildest fantasies come true. Kim is determined to show him that she's not the little girl he remembers growing up with.

When they go out to dinner with a famous director and his movie star wife, the fun mood of the trip takes a nosedive. Kim finds herself questioning if what she has been reading are actually Dominick's true feelings for her, or if he's just writing her into his books as a fictional love interest.

This is part three of a three part series.


I sat on my bed with my laptop, squirming in discomfort as I read page after page of Dominick's manuscript, realizing that a raunchy sex scene was just around the corner.

It would be a seven-hour flight, and Derrick knew he couldn't wait that long to put his hands on Karen's body. His eyes trailed down to her exposed knee, the white of her stockings acting as a near invisible barrier between his hand and her skin. He remembered using a similar pair of stockings to tie her up in the bedroom. The material was strong and unforgiving when wrapped around a helpless appendage, yet soft enough not to chafe.

Karen rummaged through her purse, completely oblivious to the wicked thoughts playing in Derrick's head. Their minds were never in sync as far as sex was concerned, but all it would take was a touch to put her on the same wave length.

Of course, on a seven-hour long flight, sex was the farthest thing from her mind. She was too busy praying there wouldn't be any turbulence and trying to find something to occupy herself with during take off. She hated planes. Always had, ever since her parents died in one. This was an important trip for Derrick though, and she wanted to be by his side when his company made the merge with Software Unlimited, Inc. It would be a life-changing event, and she knew just how he'd want to celebrate it.