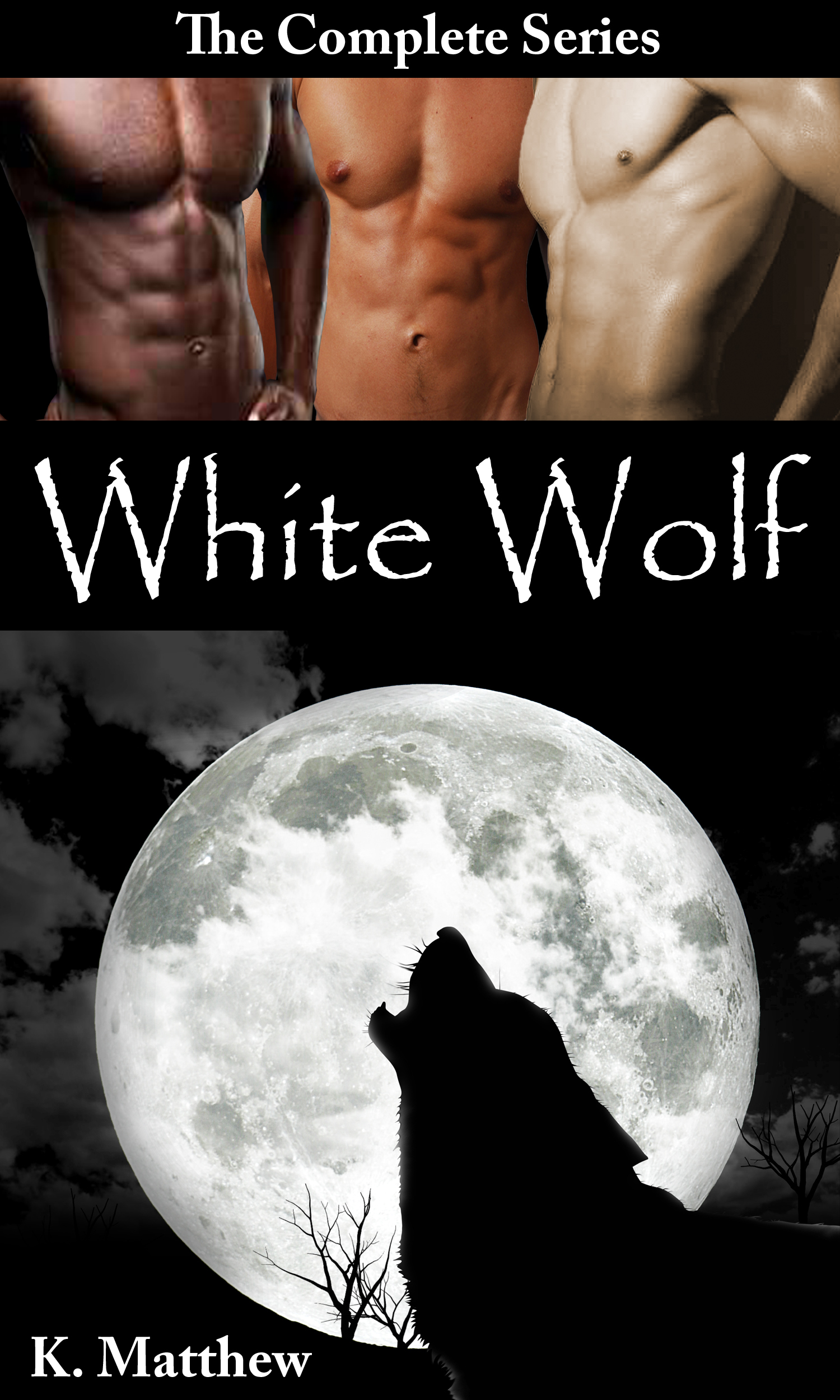 Chosen (Book 1): As one wolf falls another must take his place. Alpha Jackson accompanies his beloved beta Orion to look at a promising prospect for the new recruit.

Collared (Book 2): Richard recently moved to the middle of nowhere to look after his elderly grandmother. Little does he know that while he's out tending the work on her small farm, he's also being watched by hungry eyes that have other plans in store for him.

Prisoner (Book 3): Bound and confused, Richard wakes to find himself alone with Adam, a ruggedly handsome man who has been tasked with guarding him while the other wolves are away. Slowly, the secrets of the werewolf society unravel, and Richard finds himself resisting the idea of being their prisoner forever.

Watcher (Book 4): Richard finds himself filled with new desires as the wolf virus begins to consume his body with lust. When it's the beta wolf's turn to sleep with Richard, he can hardly wait. But as the day unfolds, Richard begins to realize that his own needs don't appear to be on the agenda.

Punished (Book 5): After being a captive of the wolves for almost a week, Richard finally finds a chance to escape. But when angry alpha Jackson and the rest of the pack catches up with him, they decide to teach Richard a lesson he won't soon forget.

Willing (Book 6): Richard is losing himself to the wolf virus. In surrender to his primal needs, Richard willingly goes to bed with one of his pack mates for the first time. Will his compliance earn him forgiveness from the man whom he injured, or will that man try to tear Richard apart for his transgressions?

Gentle (Book 7): When Richard spends a day with the omega of the pack, he learns that not all the wolves are rough around the edges. Samuel, the smallest and weakest of his pack mates, has been fascinated with Richard since day one, and he's more than eager to please when the time comes for their mating.

Shift (Book 8): It's the night of the full moon, and there's one final seeding before Richard's first shift. Will Richard lose his free will when the werewolf virus consumes him completely?

Captured (Book 9): Richard's allegiance to the pack has been severed with his first shift. After a fight with one of his pack mates, Richard decides to strike out on his own. But when he crosses the territory of a neighboring pack, Richard realizes he's bitten off more than he can chew.

Rescued (Book 10): Keeping the white wolf caged proves to be more than Jackson bargained for. Richard's relentless desire to escape has led him into the territory of a different pack. Blood will be shed in the battle to claim the white wolf.

“Very much so. We will come back tonight and take him. For now, we should go prepare.”