What the Fates Decree by Sandy Raven

A 12,000 word short story connecting the first and second generations in my series, The Caversham Chronicles. 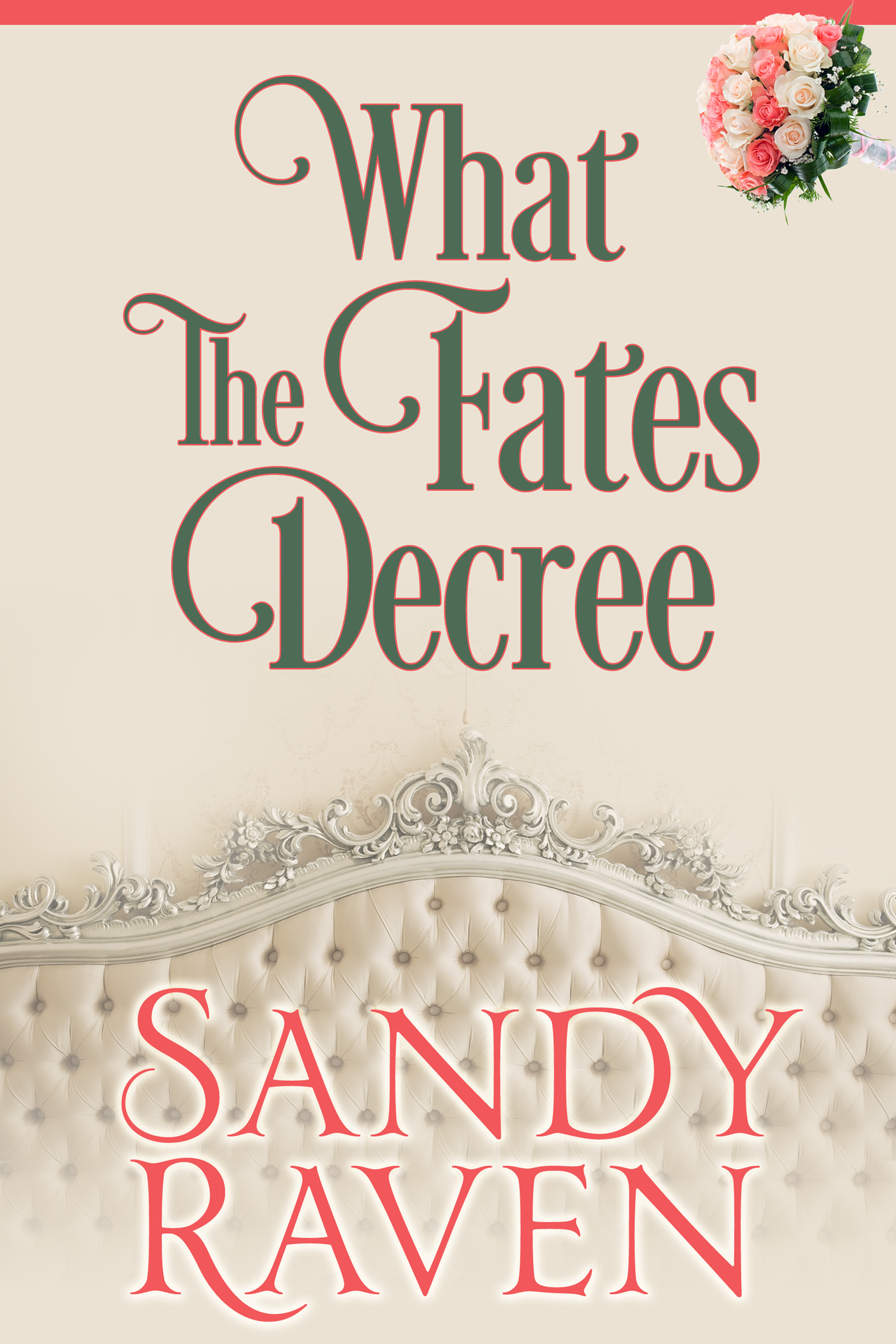 Three mothers contemplate sending their unmarried daughters to Scotland for a month-long fox hunt and house party, given by the elderly Countess of Fitzhugh, in order to find a suitable bride for her grandson, the new earl.


There is no sales ranking for this title, as I wrote it specifically to be a short freebie, connecting the two generations in my series. The English title is a free online read at my website (linked below.) Over the years I have discovered that readers enjoy having free, short reads that spin off or connect stories within the series. My novels tend to all be over 100,000 words, so giving my readers free shorts has done well for keeping readers interested.


“What are we being called in for?” Penelope leaned a hip against the arm of the chair where Charlotte sat. “If it’s because we jumped the bench in the park, I promise we didn’t know there was a man sleeping on it until…” The gasp from the mothers forced Penelope to lift her gaze from the pages. “Oh…” Penny closed her mouth in a very dramatic fashion when she realized her mother didn’t know about her jumping in the park. She straightened and explained, “Our approach was from the rear, so we didn’t see the man there at all.”

Beverly choked back a laugh. She and Elise had done the same thing, jumping those benches in Hyde Park, and she could hear Ren’s voice now, admonishing them for their antics.

“No, we hadn’t heard about the man sleeping on the bench,” Beverly said.

“He never woke up,” Charlotte chimed in. “And when we were on our way back to the mews, he was sitting upright, so he wasn’t dead.”

“I see I must have a word with your grooms,” Lia said.

“Please no mama. We're leaving soon. But, if someone hasn’t reported on our jumping in the park,” Isabel said, “then why have you called us in? Have the papers said we’ve done something else? I assure you, we…”

“Not at all, Isabel,” Beverly replied. “I would like to know if you three would like to accompany me to Aunt Adina’s birthday celebration and hunt this October.”

“You mean, I can bring my friends?” Penny’s amber-brown eyes started to glow with excitement as she began to tell her friends about her great-aunt’s stable. Beverly was happy her daughter was interested in attending, though that was likely to change the moment her daughter knew what she’d not said thus far.