What Might Be: A Summer Tale by Augusta Hill

A romance writer who doesn't believe in love and a werewolf without a pack find love in this snarky, romantic comedy 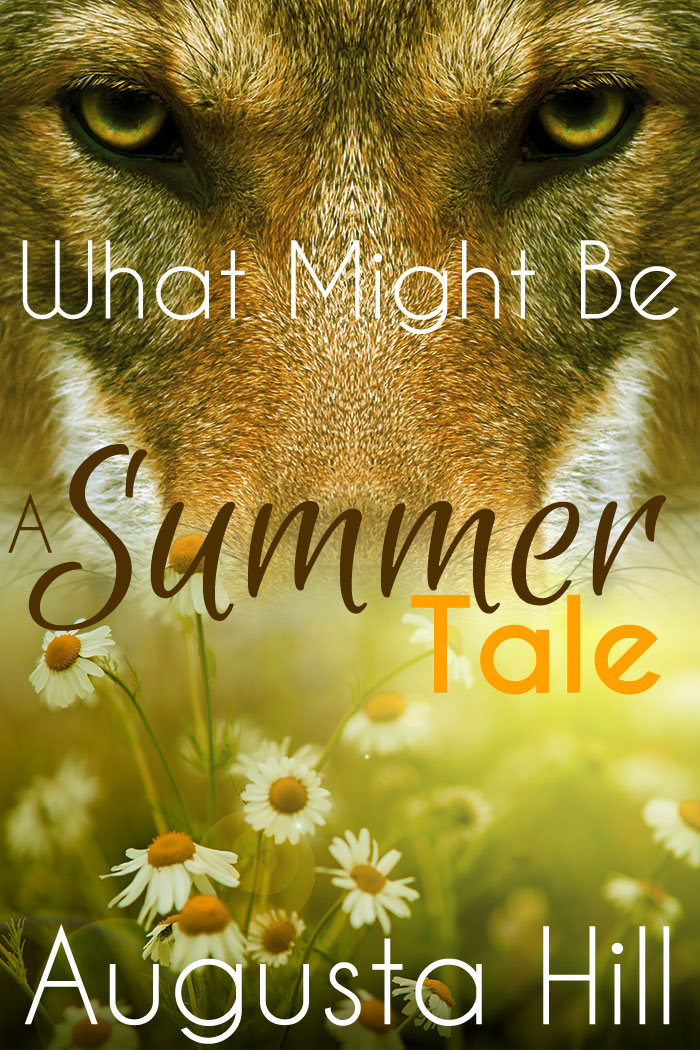 “You’re a breath of joy, Nell. That’s the most tempting thing in the world.”

Nell desperately needs to write a hit, or her romance career will be even deader than her love life. Her grandfather's quirky cabin is the perfect writer's retreat, but it turns out life in the woods isn't as distraction-free as she'd hoped. How can she concentrate on writing with Alik the local park ranger's sweet and sexy ways finding a place in her heart, no matter how hard she tries to focus?

What she doesn't realize is that his easygoing friendship comes with a difficult choice. He has a dark secret tied to the moon, and when fame and fortune come calling for Nell, she'll have to decide between the glitzy life she knew, and the man she's come to love.

This is the first of the Volkov series, however this paranormal romance novel can be read as a stand alone. It is a self-contained HEA


In the first 30 days the book did quite well, hitting the top 100 books in the Kindle short reads category, and an overall Amazon store ranking in the 10,000s. It has since died down a bit, but I fully expect it to get a lot more interest as I finish the next part in the series in early 2015.

There is also a spinoff book that will be released on Jan 1st, 2015. Fans have asked for the spinoff, and seem very excited for its release!

The book has also done ok on other platforms, making a small number of sales on Nook, iTunes and Allromance.


Nell was happily trudging up the narrow, rocky mountain trail when she first saw the eyes. They were the swirling green of malachite lit up by the sun, and the intensity of the color sent shivers down her spine before she even recognized that they were part of some living, breathing creature. At first she almost mistook them for some sort of fantasy object, like she had stumbled upon a fabled dwarven helmet or fairy crystal.; she thought nothing in real life could ever be so beautiful and dazzling.

She almost missed them entirely, hidden in a dark bush off to the side of the trail. The only reason she was voluntarily out in the woods in the first place was to find blueberries. Her mind had been solidly fixated on the thought of making berry scones so most details about the scenery escaped her notice. In fact, she probably would have walked straight by and never been the wiser if the eyes hadn’t blinked. The sudden movement and flash of vibrant green had caught her eyes, however, and she had turned to stare right into their dark pupils. As she registered just what it was that she was looking at, she found herself rooted to the ground. If nature documentaries had taught her anything, it was that encounters with creatures with eyes that big and vibrant were probably not going to end well for her.

But what could they belong to? She knew it must be something large; no hedgehog or happy little rabbit had eyes that big. Her mind flashed through the possibilities. Human? No way, the eyes were far too oval and set too widely apart.  Bear? She had never heard of a bear having such green eyes, and if it were a bear, it would probably have already ripped her face off. Mountain lion? If so, then she should have started to run about thirty seconds earlier. God damn it! I don’t know anything about animals. I knew I should have taken biology instead of band, she cursed silently.