When someone's wereanimal turns out to be a rat, can he be of benefit to a tribe of larger, more powerful wereanimals? 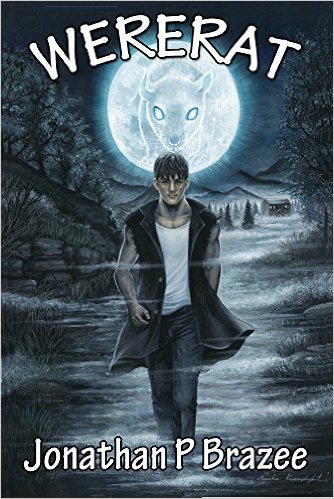 Rafe comes from a long line of shifters. His father is a werewolf, and his mother is a weretiger. As he reaches puberty, he eagerly awaits his First Shift and finding out just what is his animal form. What powerful animal will complete him?

Much to his disappointment, after going through the agony of his First Shift, Rafe discovers that he is not a wolf, tiger, or bear. He is not even a coyote or raptor, forms considered perhaps less prestigious in the tribe, but still acceptable. No, Rafe is a wererat, the only wererat in anyone’s memory.

Events work out to drive Rafe away from the tribe, to live out in the world at large. When he finally comes back for a visit, the tribe comes under attack from a group dedicated to eradicate all shifters from the face of the earth. The question is whether there is anything Rafe can do to help his tribe survive. Does he have value in a tribe of powerful shifters, or is exile the proper place for a genetic regression such as him?


This is one of my favorite books, but I'll be honest in that it is not one of my best-sellers, only reaching into the low four figures so far.  Still, I think it would be a fun (and easy) translation and could turn out to be suprisingly profitable.  I would love to see this book available in other languages.

The sample below has a little bit of foul language, but as a whole, the book does not have much.


The scream erupted from deep inside of him despite his determined intentions, echoing within the Pit.

The pain receded slightly, allowing Rafe to open his eyes.  His heart was pounding as he gulped in deep breaths.  That air almost made him gag, though.  He looked down at his naked, sweat-covered body, and to his shame, saw that he had fouled himself, sending shit to join the vomit on the rough stone floor, vomit he had previously spewed even before the pain had gotten too intense.

Mortified that he was being observed, he sat up and put his back against the wall, hands covering his crotch, waiting for the next attack.  His body still ached, but that was peanuts compared to the agony of his body being torn apart as each wave washed over him.

He looked up the walls of the Pit to the grate-covered opening some 30 feet above him.  Moonlight already lit the top couple of feet of one side of the round walls, but Rafe could not yet directly see the moon itself.