The Martians have a plan to end all of humanity. 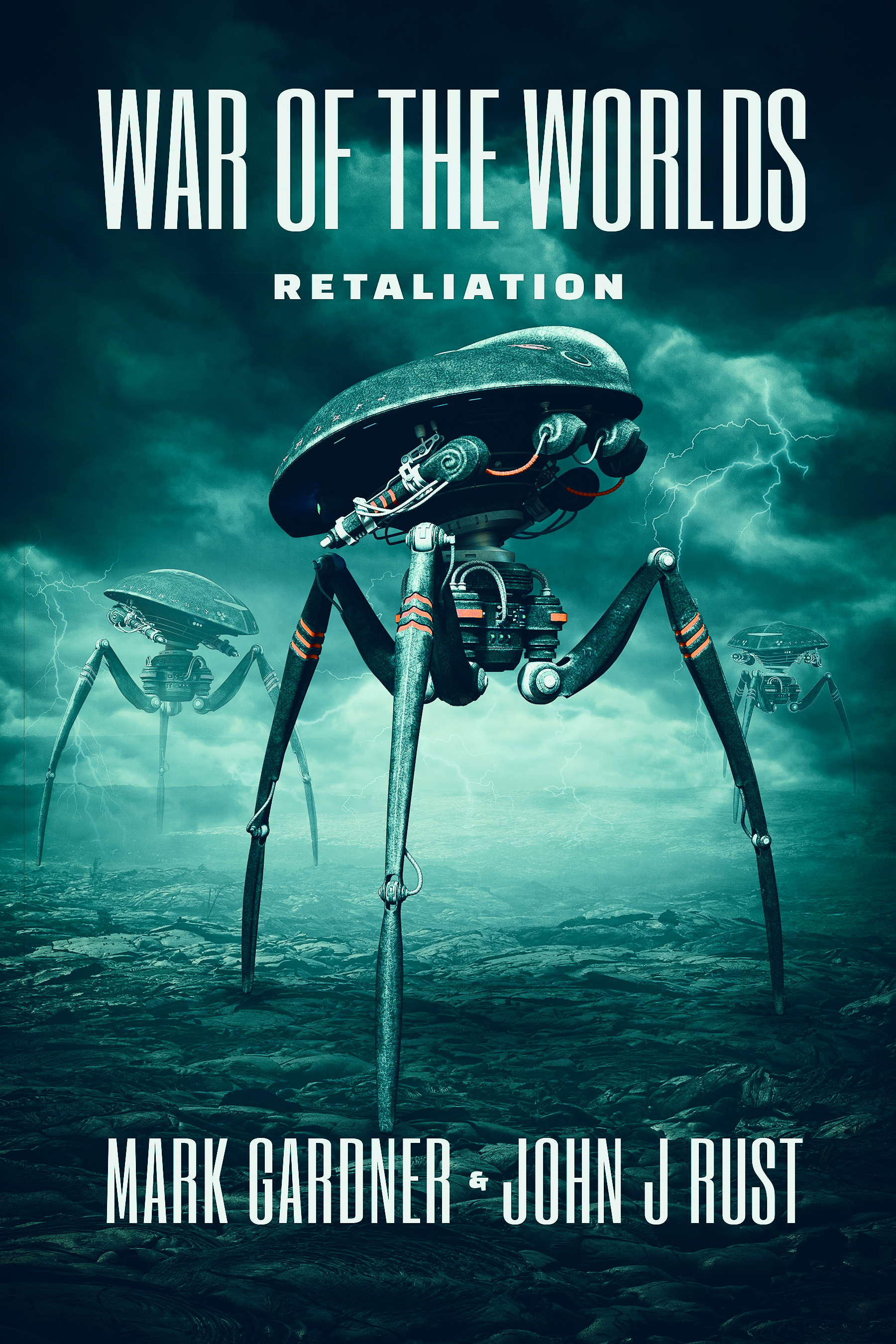 1898: Martian tripods lay waste to Earth's cities. The world's armies are unable to stem the tide of destruction. When all hope appears lost, common bacteria kills the alien invaders. From the ashes, the human race uses the technology left behind by the Martians to build new, advanced weapons.

1924: Armed with their own spaceships, tripods, and jet fighters, the nations of the world are ready to take the fight to Mars. George Patton, Erwin Rommel, Charles de Gaulle, and Georgy Zhukov lead their troops in battle across the red planet to end the alien menace once and for all. But the Martians have one last, desperate plan to try, and if successful, it could mean the end for all humanity.

Editorial Review: "Rust and Gardner's sequel to the H.G. Wells' novel of a Martian invasion, War of the Worlds: Retaliation, does the original story full justice, while bringing their own skills to bear as the writing pair take the battle to Mars, bringing along a bevy of historical figures from World War Two. It's an exciting rollercoaster of a ride, with sudden twists and heart-stopping drops -and one I wouldn't mind riding again." - NYT #1 Best Selling author James Rollins

The SPA swung to the right. Rommel kept his eyes on the heat ray platform. The Martian controlling the weapon had not fired for several seconds. Instead, it flailed its tentacles. He swore the thing looked agitated.

He stared down the barrel, waiting . . . waiting.

“If you do not launch now, you will condemn the Shoh’hau to extinction!” Hashzh shouted. “Do you wish that?”

A deafening roar battered his auditory organs. Hashzh cried out as he flew into the air. Intense heat seared his body.

He crashed to the floor. His vision darkened. Bitter cold settled over his body. Hashzh saw the burning wreckage of his weapon platform before his eyes closed, never again to open.

De Gaulle shoved another five-round clip into his Berthier, leaned out as far as he dared and fired. He missed. The remaining three Martians sprayed them with their rapid-fire guns. De Gaulle ducked under the ramp.

“This is why I opted out of the infantry,” Bosquier complained. “I would give anything to be in our battlewalker.”

“As would I.” De Gaulle leaned out and fired again. Miss.

The Martians crawled closer. Bullets hammered the ramp. De Gaulle peeked around the edge. The damn squids couldn’t be more than twenty meters away. They had to—