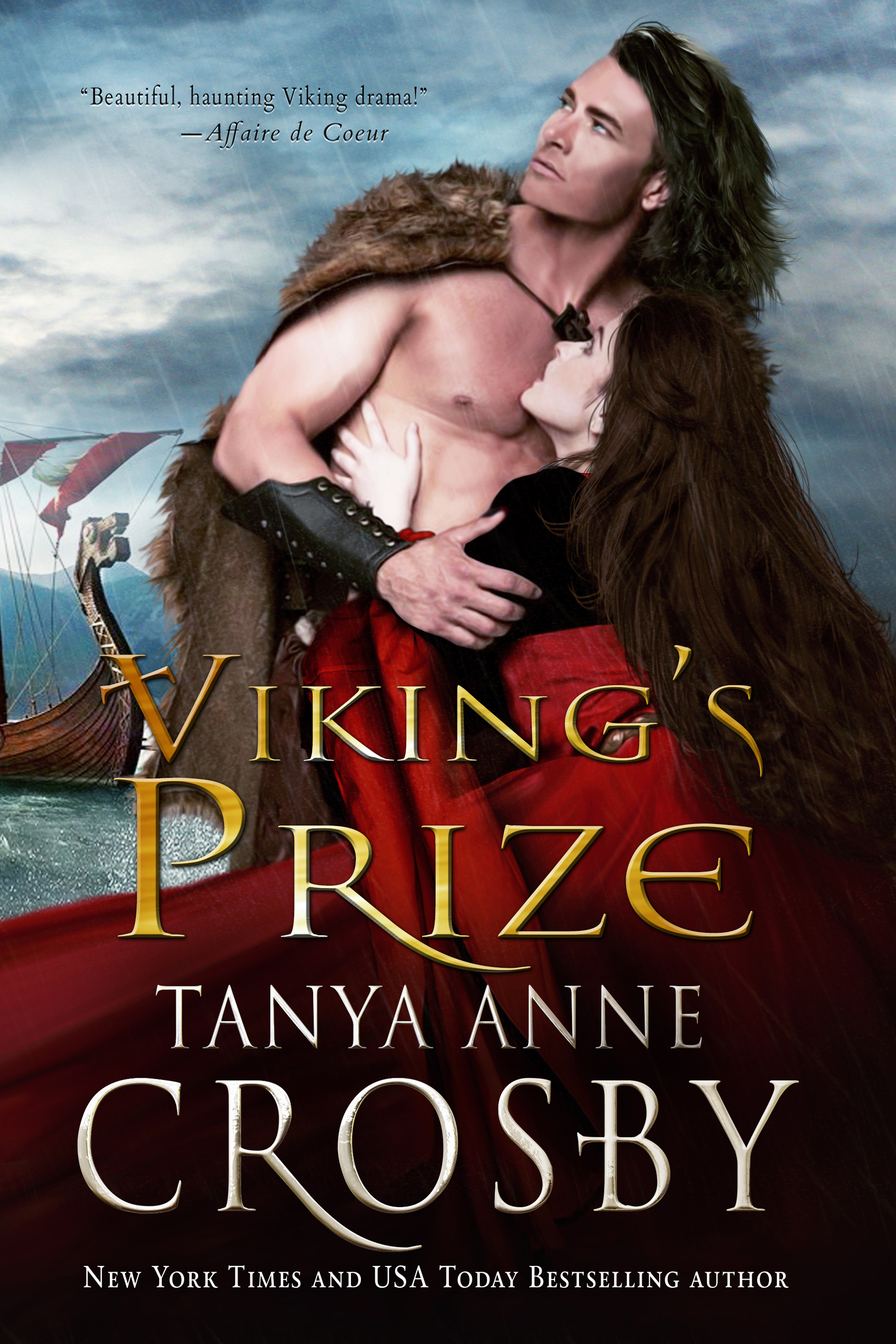 Elienor knew the Norsemen would storm Brouillard castle. In her dreams, she saw the death of many, but not her own. And she saw him--the golden-haired Viking who would claim her as his prize...

Alarik sought revenge against the French count; what he got was a dark-haired beauty with violet eyes. Beguiled by her strange dreams and her fiery spirit he can barely control the passions she arouses, body and soul... but in a land full of strife, he risks everything to love the woman whose dreams hold their future in thrall.


Alarik Trygvason knew full well the risk he took by navigating so far up the river Seine, but the French Count deserved this retribution. Never again would the spineless bastard plot against him—of that he would make certain.

He should have perceived the true reason Count Phillipe had sent his squat little balding man with his gift of French wine. But he’d been too hungry. Too mesmerized by the lush green beauty of French soil. Too enthralled by the prospect of holding a meager parcel of it. He should have recognized the ruse at once—native soil in exchange for peace between them? Loki take them all!

Like vipers they had slithered into his sleeping camp. And like vipers they had attacked. He’d lost full half his men before any of them could clear their heads of wine or sleep. Sotted as they’d been, they had been ill-prepared to fend off the strike, but thanks to the count’s little balding man, Alarik’s eyes were open wide; he knew precisely who to thank for the night’s unexpected call.

The deceiving fool doubtless believed that if he rid himself of Alarik, he would deliver King Robert from the terms of their agreement. But Phillipe had chosen the wrong man with whom to match wits and might.

Tonight he would pay the price.