A short story about paleontology 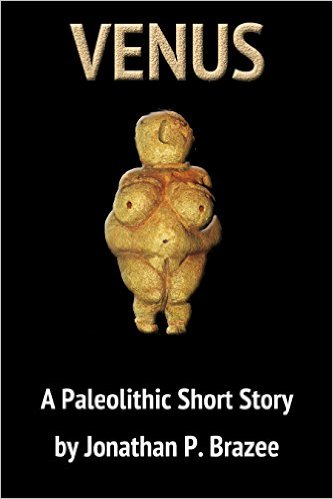 When an ancient female figurine is unearthed by a construction crew in Langerich, Germany, the scientific world excitedly delves into her secrets, trying to see what she can tell them about life in the Upper Paleolithic.

This is a (very) short story about a Paleolithic Venus and modern paleontology.


This is a very short story that simply looks at modern paleontology with a touch of humor.  It would be a very quick translation, and while it might not sell millions of copies, it can help get our names out there.

The first section, which takes place in prehistory, is a little bit crude.


Nik stared across the glen, his thoughts drifting despite his father’s earlier admonition to keep alert.  The Tujat had been encroaching on Nadal land lately, and the disappearance two days ago of Lokit could have been the result of a Tujat raiding party.  Tujat women seemed to have a hard time surviving, so the Tujat men were constantly looking to steal mates.

But the sun was warm on his face, and the Tujat seemed a long way away.  He leaned is bony body back against the large boulder behind him and contemplated his young life.  Things were good for the Nadal, and for him in particular.  His father had been chief for over three years now, so Nik carried a degree of reflected status.  Food was plentiful, and the band’s health was generally good.  In a few more years, he would join the men in the hunts, but for now, he hunted small animals like mice and frogs with the other boys or stood on watch as he was doing today.

He heard a grunt and looked over to Jun, his watch partner.  Jun was behind a fallen tree, supposedly looking over the same glen as Nik.  But Jun seemed preoccupied, his back towards Nik and facing away from the Glen.  Nik was puzzled.  It didn’t look like Jun was taking a piss, and who would piss right in his hide spot anyway?