Veil of Silence by K'Anne Meinel

A woman in the army disappears for five years and returns home with two children and another on the way. 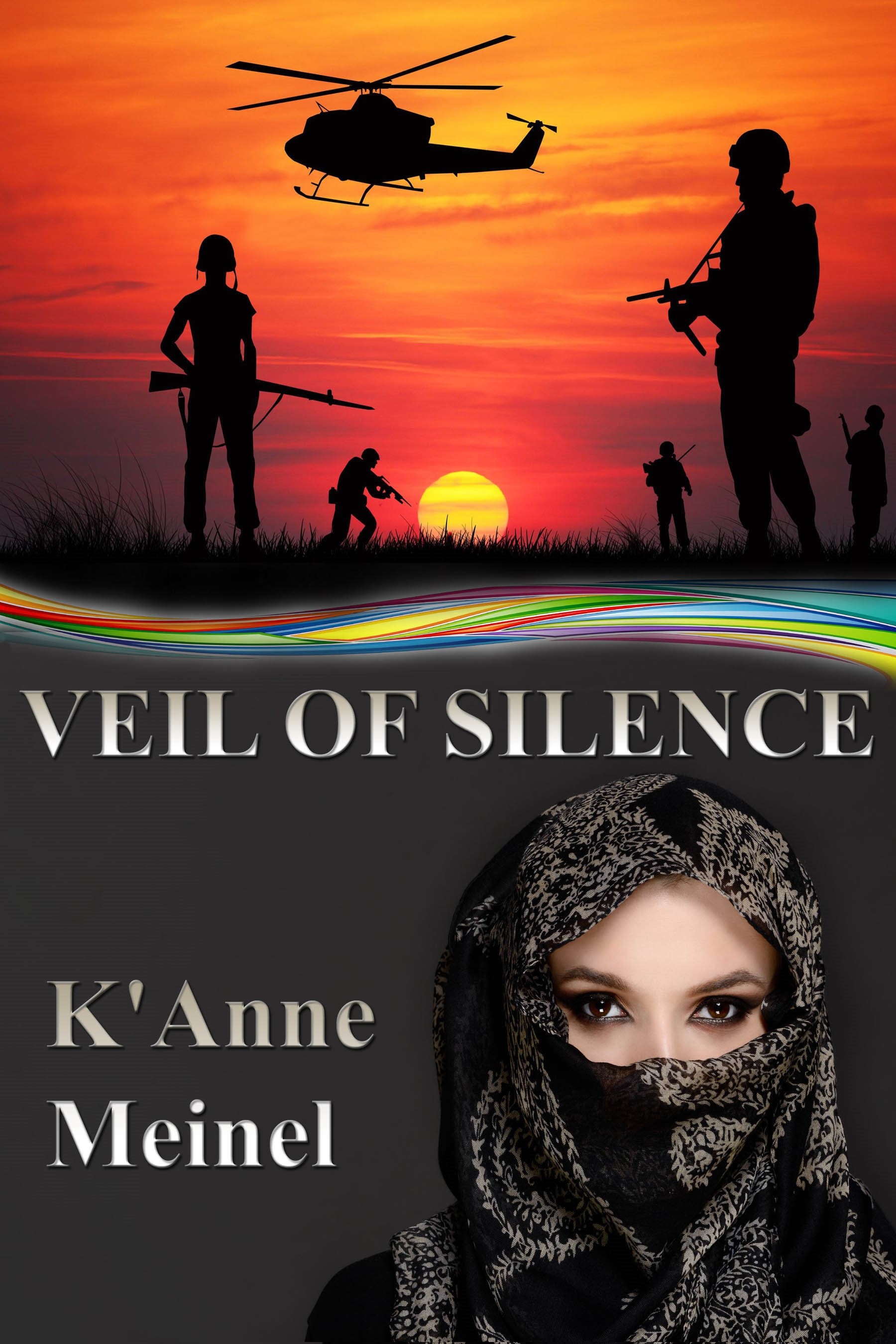 Five years ago, Lieutenant Marsha Gagliano disappeared when her helicopter crashed in Afghanistan.  Her wife held out hope for her return, but with no word from the army after all that time, she begins to realize she may have to move on without her.

At the embassy in Kabul, a burqa-clad woman arrives at the gate with two young children in tow.  The black-haired, brown-eyed woman looks like an Afghan native, but her American accent belies this.  She identifies herself as Lieutenant Marsha Gagliano, all the while keeping a close eye out behind her as though at any moment, someone might jump out and snatch her back.

Questions arise regarding her disappearance and reappearance and the army is suspicious.  The children are obviously hers.  Has she consorted with the enemy?  How will her wife react to these children?  Will she be able to accept children she had no part in conceiving?

What is this woman hiding beneath her chador?  What secrets lie behind her veil of silence?


The guards were particularly alert.  There seemed to be an inordinate amount of traffic on the road in front of the embassy that day.  It paid to be alert since American embassies were frequently targeted by extremists looking to make a name for themselves in this violent part of the world.  Men, women, and even children were suspect as they wore the robes of their various tribes, which could hide anything from the daily groceries to a bomb.  Anyone approaching knew to have their identification ready and their hands spread.  Any suspicious behavior was dealt with immediately, not only out of self-preservation, but to protect this tiny strip of land that the Americans declared their own.

The guards watched as a woman with two very young children observed from across Airport Road onto the Great Massoud Road where the embassy was actually located.  She was assessing the embassy, at least that’s how it appeared to their knowing eyes.  She carefully looked up and down the street several times before cautiously shepherding the children across the busy street.  A vendor using a cow to pull his slow-moving cart yelled at her and she bobbed her head in subservience, silently apologizing for having slowed his plodding along the busy street.  She had her hands around both of the young children’s shoulders, pushing them along as she approached the entrance.  Both guards stiffened as it became obvious she was making her way towards them.  A concrete barrier lay slightly behind them, stopping any cars from rushing the embassy and detonating a bomb inside.  Still, as she could go by on the busy sidewalk, they watched her warily.  She looked behind her repeatedly…this was not a good sign.