Under Low Skies by Ed Teja

When a Venezuelan fisherman is murdered, Martin Billings has to make sure his brother doesn't take the fall for a crime he didn't commit. 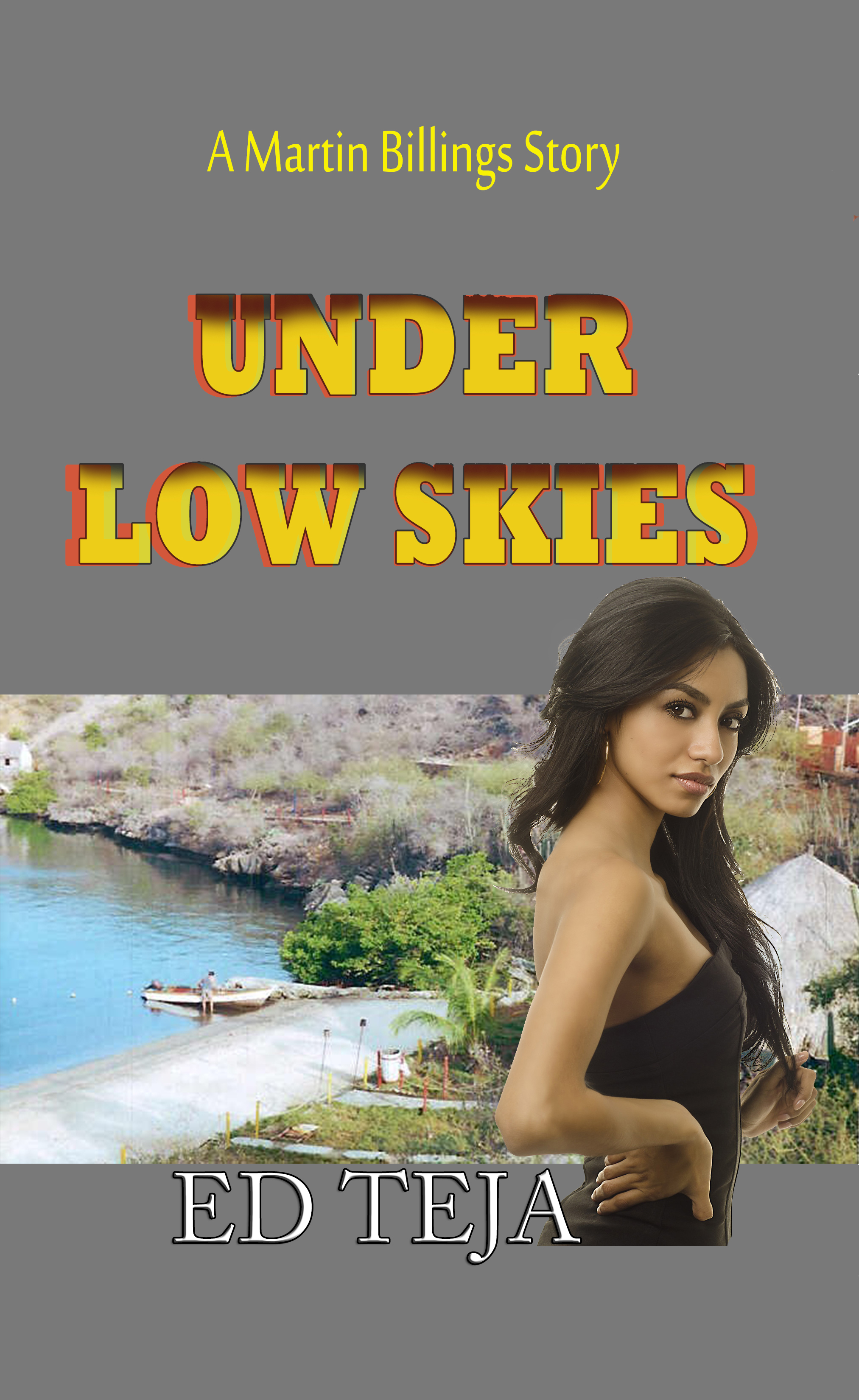 It's hard to prove that something didn't happen, and Martin Billings is in Venezuela because someone has to prove that his brother, Tim, didn't murder a fisherman. And a lot of people don't seem to want him to succeed. A mysterious and gorgeous woman lawyer is trying to get him to leave the country without stirring things up, but she won't say why. When someone brutally murders Tim's girlfriend, Martin becomes a suspect. A local crime boss and a vicious gringo called Highball have decided he knows where their missing drugs are hidden. It's a good thing Ugly Bill is on his way to help.


This is the first in a series of mysteries featuring Martin Billings, an ex-Navy Seal and owner and captain of an inter-island freighter in the lower Caribbean. I lived in that area, on a boat, for ten years, and I know the locales and characters. This story takes place in Estado Sucre along the northern coast. The second book, DEATH BENEFITS, has been released. The books are available in ebook and paperback.

Out of 5 customer reviews on Amazon, it has gotten 4.4 out of 5 stars. It's available in paperback as well as an ebook and was recently promoted on a mystery list. It has one 4 star review on Goodreads. All Mystery Newsletter rated it 5 of 5 stars


I felt an electric jolt surge through me. Not only did this woman know my name, and was waiting for me in an airport I had no intention of being in only twenty-four hours before, but now I saw she held a photo of me that even I hadn’t seen in ten years—a picture of a younger and altogether too squeaky clean version of me in uniform, fresh out of U.S. Navy SEAL training school. It was a graduation picture. I’d had it made in one of those liberty clip joints off base that parks you in front of an American flag and snaps the shot—a real assembly line. Of course, not only was the photo old, but that kind of photography makes every twenty year old look identical. No wonder she hadn’t recognized me right off.

Now she waited patiently for me to get over my shock and answer her. I moved on inside the terminal so that the phalanx of blond and burnt windsurfers could pass through the door and on to the taxi stands.

“Yes,” I said finally and hesitantly. “My name is Billings.” I tried very hard—and failed—not to sound surprised. I’m not sure why. Pride, I guess. “Who are you?”

She smiled and it made her face dance some kind of wild and happy step around black eyes. “I’m Victoria. Victoria López.” She said it holding out her hand and acting as if her name explained everything. “Can I buy you a beer?” Her English was clear and lightly accented—elegant English words put to sexy Spanish music.

But no matter how pretty she was, or how musical her speech, she had put me on edge. Here I am, showing up in a strange airport on short notice and a beautiful woman holding a picture of me from my Navy days is waiting there to buy me a drink. That, my friends, is not how life normally happens.

As Ugly Bill always said, “It boggles the mind. It truly does.”