There is no shame in picking life over death, especially if revenge is headed your way. For once, war means rebirth, even if it comes out of a long lost nightmare. 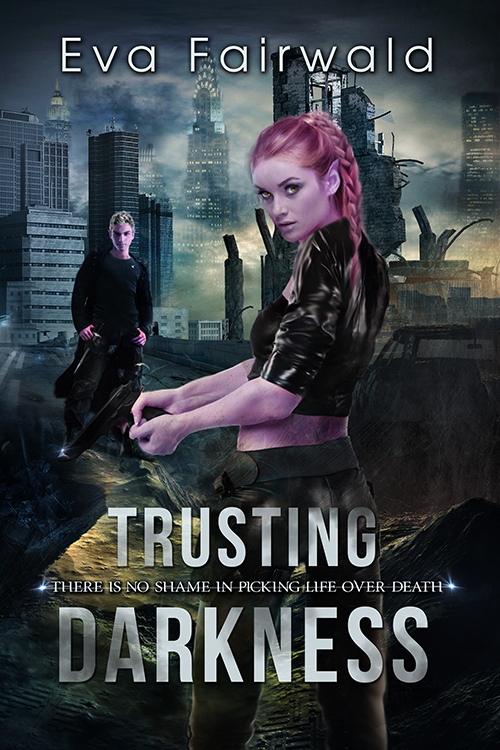 Captain Ella Dorsh is tough, skilled and… screwed. She is pretty sure that the enemy is leading the game and that war is going to reach the surface very soon, but humans are not ready yet.
The Underkingdom is impoverished and its population of dark elves wants to conquer the world and rule. Ella and the other “Reborn Divisions” are the only real chance to fight the enemy on the same level: elves against elves to spare precious human lives. However, nothing is as simple as it seems and darkness hides more than Ella had ever imagined.

The story is set in our world in a near future. It has some sci-fi and dystopian elements and a strong female lead that will kick your ass!
This novel is about Elvish soldiers caught in the middle of something too big to avoid and about dangerous secrets that will change life and history forever.

Excerpts:
"Isn’t it death, the faceless nightmare creeping on you every second of your lives? The ticking of its sleepless clock counting every heartbeat, dragging you closer to your last one? Isn’t it death, the pressure you feel over your chest, smashing through your thoughts, as your hair grows white and your skin rots wrapped around a decaying body?"

"She had decided to close her love in a box, to hold it captive while waiting for a better moment to set it free… but she had never stopped feeding it. It had outgrown its prison and it had escaped at the first chance, blowing up in her face with all the power of a time bomb set on the wrong timer."


Good rating, both in English and Italian.

“Life is the starting point. Death is a consequence,” she said, gazing at the spot of blood on her shoulder, “the importance of the victim to your eyes sets the level of gratification. The higher is the risk, the stronger is the thrill. It’s in the force guiding the action, it’s in the power of being in charge and taking the chance in its fullness: the good, the bad and what’s in between,” Ella looked into his eyes sliding her hand down her belt and catching a thin knife. “You can kill swiftly or slowly, you can be wounded in the process; it’s up to you, to your skills and to that chain of single moments,” her fingers moved along Kiro’s arm hiding the blade. “Every instant is crucial, they lead to one another without a way back; no second thoughts, no emergency exits. You can choose to let it affect you, to let it make you weak or you can choose to master it and take the best out of the experience,” Ella pointed the knife to Kiro’s throat and he startled feeling the tip of the blade. “Respect comes from a certain degree of appreciation. You pay no respect, if you disdain what you’re doing,” Ella put the knife away so fast, that when Kiro grasped her hand it was already gone. “You are the one turning death into a mere exercise, not me.”