TRAITOR TO HERO by Lázaro Droznes

The Vermeer faker who cheated the Dutch and the Nazis

The incredible story of Han van Meegeren, the Dutch painter who produced faked Vermeers, fooled his Dutch fellowmen, sold one to Herman Goering, and finally had to confess his forgeries to save himself from the death penalty, accused for high treason. Aft 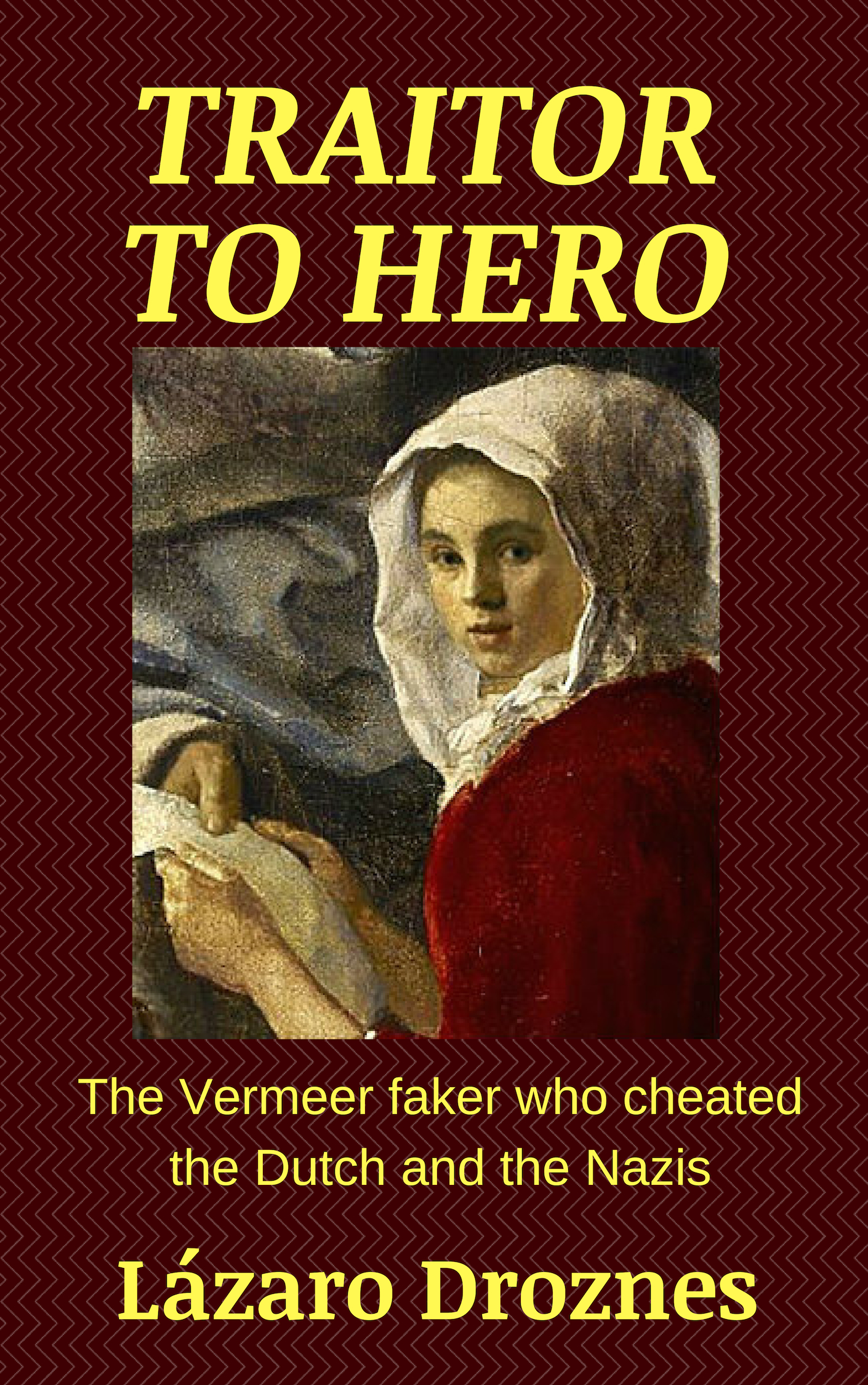 The incredible story of Han van Meegeren, the Dutch painter who produced faked Vermeers, fooled his Dutch fellowmen, sold one to Herman Goering, and finally had to confess his forgeries to save himself from the death penalty, accused for high treason. After the trial he became a national hero for cheating the Nazis.

Han van Meegeren, was a Dutch painter who during World War II painted   Vermeers considered as better than the originals, cheated the entire artistic community and even Herman Goering, and finally had to confess his fakes to save himself from the high treason charges for dealing with the enemy.

This dramatic fiction is based on the impressive story of Han van Meegeren in the 1930s and during the Second World War, who managed to forge and sell 6 Vermeers and two Franz Hals for an updated amount of 100 million dollars. One of the Vermeers was purchased by Herman Goering, second in the hierarchy of the Third Reich. At the end of World War II van Meegeren had to face the accusation of being a traitor to the country and had to confess his forgery to save his life.

These confessions were an earthquake in the pictorial community of Holland and the whole world, since their falsifications had been accepted unanimously, and one of them, the “Christ in Emmaus” was considered the best Vermeer of them all.

This fiction, based on real events, leads us to reflect on the concept of authenticity in art and the validity of traditional concepts of truth and beauty: A painting is no longer beautiful when it is discovered as forgery? Why people lose interest in a work of arte if it is not authentic? Why the human nature won´t allow us to enjoy the aesthetics of a fake Vermeer we did enjoy before finding out? Is the art business a hoax?

Purchase this book to find out how a Dutch fooled the Nazis and became a national hero!

My name is Piller, Joseph Piller. I apologize for the delay.

Piller? Joseph Piller. The hero of the Resistance?

Your participation in the Resistance is an example for the Dutch nation. I have heard about your deeds.

They are history already. We must now make order in this chaos.

How can I help?

You are here because there are a series of suspicious behaviors that require some clarification.

When the Nazis invaded, the Jewish community panicked. Around 150 Jews committed suicide the week after the invasion and many of them left works of art behind.

Yes, it was tremendous.

Many Dutch paintings that belonged to these Jewish families were bought by Germans.

During the war, you established a close friendship with Alois Miedl. Correct?

Alois Miedl was the purchasing agent for Herman Goering in Amsterdam. What was the exact nature of your relationship with Miedl?

Friends, guild mates, we were interested in the same things. Why do you ask?