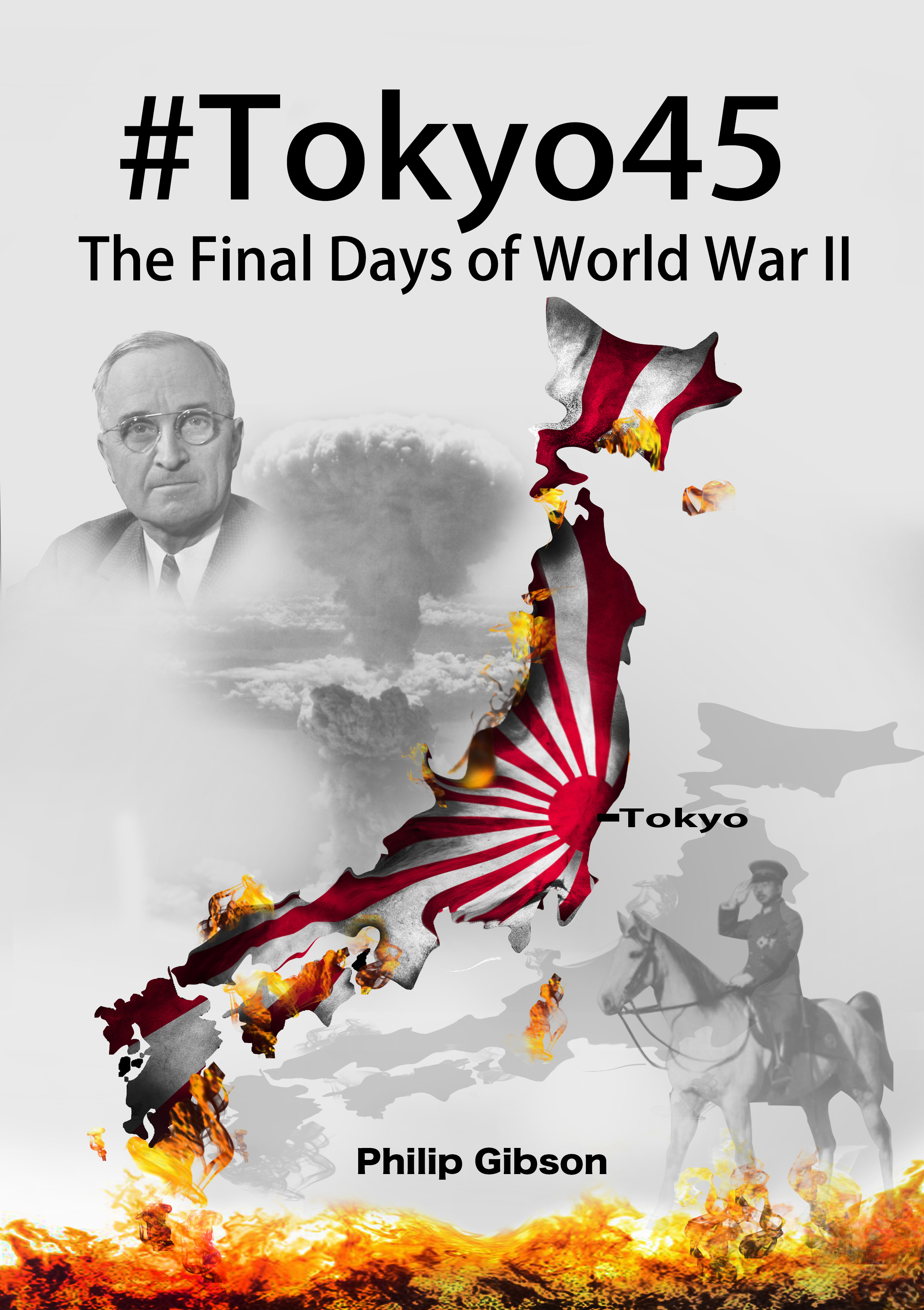 What if there had been social media during World War II?

This is not a book written in the usual book format. It is the compelling story of the final days of World War II told in the form of Twitter feeds and actual statements by the main participants.

The story begins with the capture of the strategic Japanese island of Okinawa and follows the thoughts and actions of the main participants through planning the invasion of mainland Japan, the Japanese defense, the Manhattan Project, the first atomic test, the Kamikaze defense, the Potsdam Conference, Churchill's election defeat, the decision to drop the atomic bombs, the attempted palace revolt and the eventual Japanese surrender.

Daily sales of the books are generally in the single digits, rising to several hundered when I eun promotions. #Tokyo45 has sold around 200 copies so far.

Okinawa falls to the U.S. invasion force!  For the first time in the Pacific campaign, Japanese soldiers surrender in their thousands.

A great success, but at what terrible cost. And I fear there is far worse to come before this is over.

As well as the great loss of life and limb, Okinawa has cost us 736 aircraft, as well as 36 ships including aircraft carriers and battleships lost to Kamikaze attacks.

Guadacana, Tarawa, Saipan, Iwo Jima, the Philippines and everywhere between. Now Okinawa. Every invasion a success for us – and with every invasion the slaughter of our boys gets more and more horrendous.

And now we have to prepare for the biggest invasion of all – an invasion which will, by every account, make our previous losses seem minor.

Although the last ditch banzai attacks by the Japanese failed on Okinawa, they caused the brutal and savage deaths of thousands of our young soldiers and Marines.

The banzai attacks on Okinawa were some of the worst we have seen. Hundreds of Japanese soldiers rushing headlong into our machine gun fire with no hope of surviving the fight.

Our losses were indeed terrible, but we must always remember that for every American killed in these battles, ten, twenty, sometimes 100 Japanese soldiers are killed by our boys.