Thrown Down by David Menon

The Scars of Murder Don't Heal with Time 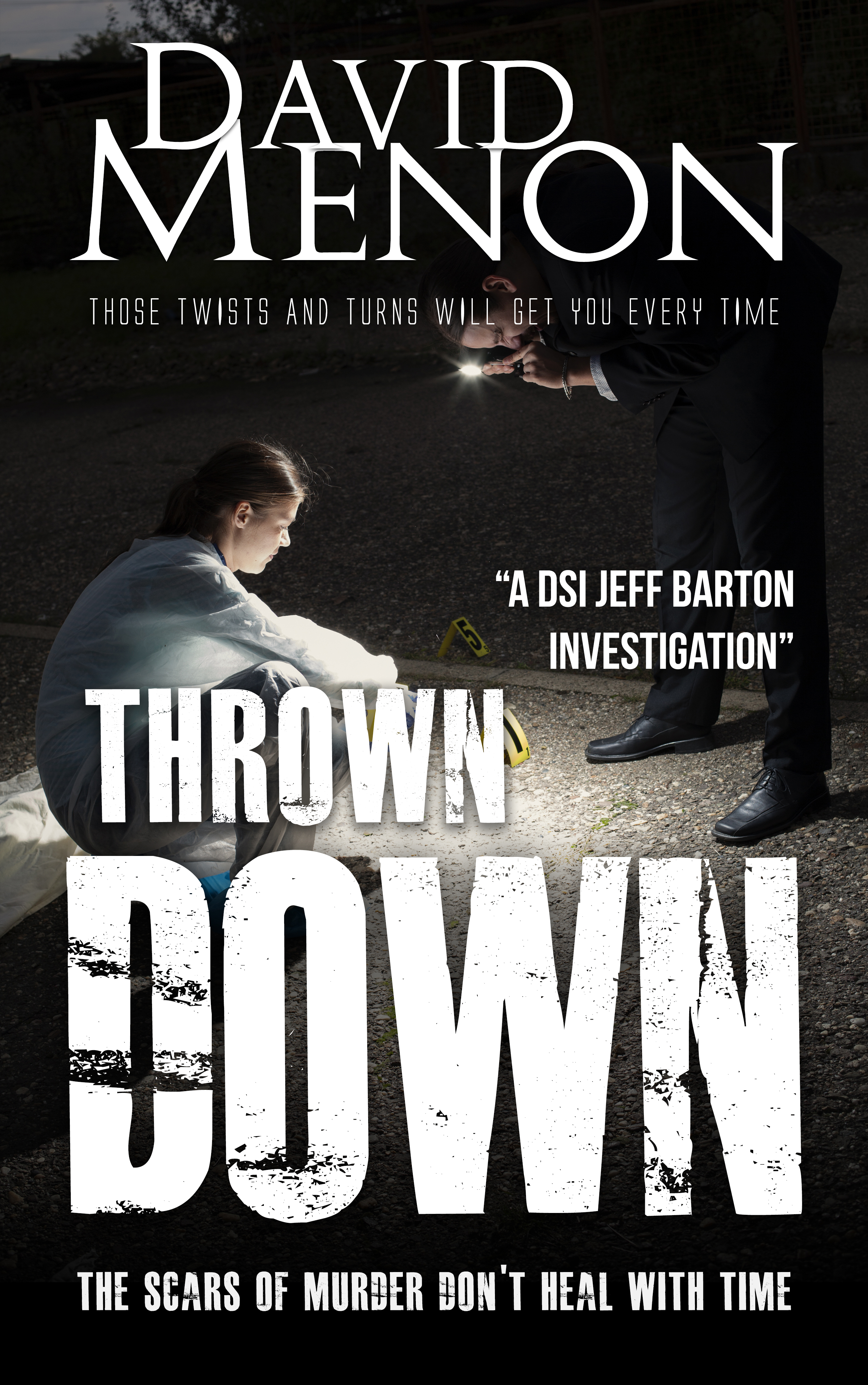 A former IRA terrorist is murdered in the Manchester flat he's lived in since he was released from prison. The next day the son of one of his victims is also murdered and it looks like he was expecting his killer. Meanwhile, on the other side of the world in Melbourne, Australia, a seemingly ordinary suburban housewife with three grown up children is 'outed' as a former member of the IRA Army Council who was the sister of the murdered IRA terrorist. But why was she outed? And by who?
DSI Jeff Barton has his work cut out when the sectarian troubles of 1970's Northern Ireland are brought into contemporary Manchester life and old wounds surface that were buried long ago. Jeff and his team battle with special branch over information that could help his investigations and added to that a member of the Victoria state police is sent over to Manchester to assist Jeff's team. But whilst they provide him with a welcome personal diversion he risks everything in the final denouement to bring the right suspects to justice in an ever complicated investigation.


'Thrown Down' is the sixth in my series featuring DSI Jeff Barton and is by far my most successful publication yet. It's achieved my highest ever rankings and after the translation of my previous titles into Spanish and Italian by babelcube I'm hoping to repeat the same success again with this one. Although it is mainly set in and around the British city of Manchester it is also partly set in Melbourne, Australia and refers back to the 'troubles' in Northern Ireland of the early 1970s. I really hope you do decided to translate it and you'll find me very easy to work with.


Jeff entered through the front door of the conversion property and noted the collection of electricity meters, one for each of the five flats in the house. He had a cousin who rented out properties like this and he’d said that meters were the only way to keep the debt of fuel down to zero in rented out places. Jeff had been uncomfortable with the whole idea of a meter for electricity in this day and age but he nevertheless did take his cousin’s point. He didn’t know why he should though. His cousin was as rich as shit and didn’t have to work again so what difference did it make to him? He should hate the little bastard really.

DI Ollie Wright came down the stairs and gestured for Jeff to meet him outside at the front of the house.

‘I have to say, sir, that is one of the worst scenes of this kind I’ve ever come across’ Ollie declared as he breathed in and out to quell the nausea rising in him.

‘ … I know what you meant, Ollie’ said Jeff, laughing and tapping Ollie’s arm reassuringly. ‘So do we know who the victim is?’

‘Well this one, sir, is just a little bit special’.

‘His name is Padraig O’Connell’ Ollie revealed. ‘He was released five years ago from the Maze prison in Northern Ireland having served over thirty years for the murder of an RUC officer called James Carson back in nineteen seventy-six. Carson was attached to a special branch unit that had been charged with undermining IRA activity in the area’.