The Wolfe by Kathryn Le Veque

An Amazon #1 Bestseller in Medieval Romance! 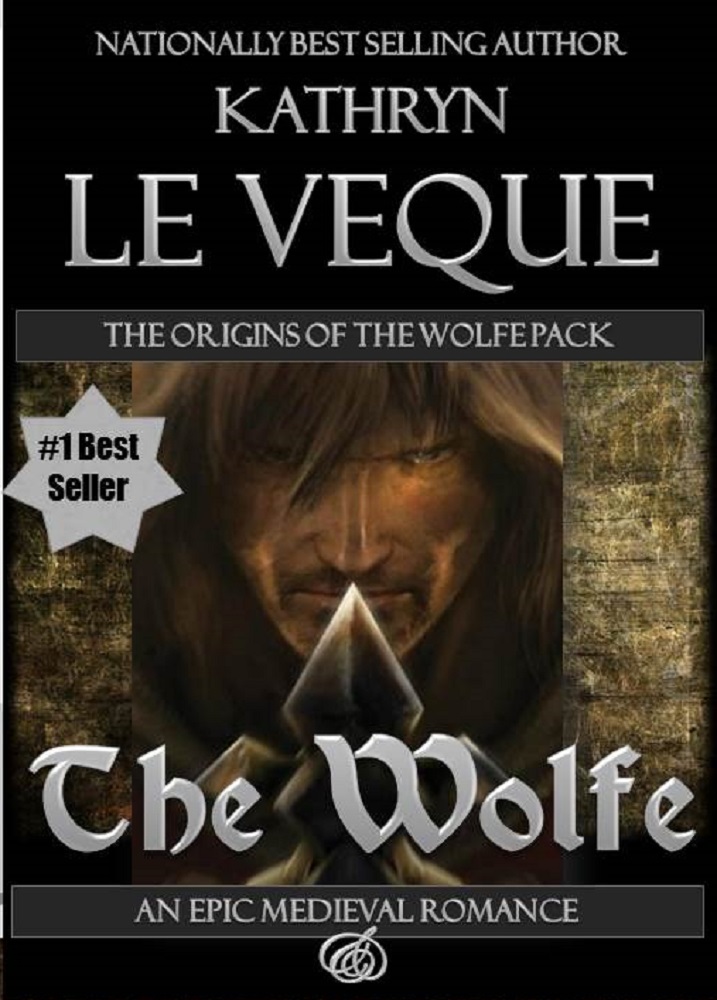 1231 A.D. - After a nasty skirmish along the England/Scotland border at Bog Wood, a badly wounded knight has crawled off to die. As women from the Clan Scott fan out across the battlefield to collect the spoils of war, one woman breaks off from the pack. She is sickened by the tradition of stealing valuables off the dead and runs off to hide. In her hiding place, however, lingers the badly wounded knight. The young woman is frightened at first but her natural instinct to lend aid takes over. She tends the knight and saves his life. Little does the Lady Jordan Scott know that she has just saved the life of the dreaded English knight known to her people as The Wolf….

Several months later, peace is proposed along the border. An English groom is offered to a Scots bride. The Lady Jordan Scott is that bride and her groom is the aged and powerful Earl of Teviot, John de Longley. When Lord de Longley sends his mighty and hated army to collect his new bride, the captain of the army personally retrieves Lady Jordan. When Jordan looks upon the fearsome English knight, she realizes there is something oddly familiar about his voice. When the man finally reveals himself, she sees that it is none other than the man whose life she saved. Sir William de Wolfe, the scourge of the Scots, makes his presence known.

William has never forgotten about his Scots angel. One look at the Lady Jordan after all of these months and he is stricken with appreciation and adoration. He has thought of nothing else but the lady since the time she tended his injury and now, his infatuation with her takes flight. As he escorts her back to Northwood Castle to wed his liege, each passing minute sees him fall more and more hopelessly in love with her. Jordan comes to know the man beyond The Wolf of legend, and so the love story begins….

Join William and Jordan in a tale of true and utter devotion, of a love that bleeds beyond the boundaries of Scots and English, and where loyalty, friendship, and family bind them all together in this uncertain and political world. These are the dark days of dark times, but in the midst of a treacherous world of secrets and hatred, William and Jordan share a love that is only dreamt of. Come and be a part of the journey of The Wolf and his lady that transcends time.


"The Wolfe" is Kathryn Le Veque's number one selling novel. It has sold over 80,000 copies since it was published in 2013. It has a 4.5 star overall review on Amazon with almost 400 reviews. This epic tale was the springboard for Le Veque's over 50 novels published to date. Le Veque has sold almost 1,000,000 novels in three years. "The Wolfe" is a medieval romance that is filled with action, adventure, love and political intrigue. It has reached number one in Medieval Romance sales, Historical fiction and more. I would like to have this novel translated into German.


“By everything that is holy, I do hate a battle.”

A soft female sigh filled the damp and cool air. The reply was harsh.

“So help me, Caladora, if ye faint again I shall take a stick to ye.”

Five women stood high atop a hill, looking down upon a grisly scene far below in what was once a peaceful and serene valley. Where lavender heather used to wash amidst the lush green there were now broken, bloody corpses, the result of a fight that had lasted for a day and a night. Now, everything was eerily still with only the occasional cries of the dying. No more sounds of swords; only the sounds of death.

The sun was beginning to set over the distant hills, casting the valley in a shadowed light. To the women waiting on the high hill, it looked as if Hell itself was setting in to begin claiming its souls. It was ended, this battle; one battle in a mightier war that had been going on for as long as anyone could remember. The war for the Scots border.

The Lady Jordan Scott waited with her aunts and cousins, waiting for the signal from her father that would send them down into the valley to begin assessing their own wounded and making sure any enemy wounded were sent into the netherworld. She hated it; all of it. She hated seeing good men die, watching their life blood drain away and listening to their pleas for help. She hated the bloody English for causing all of this blessed pain and suffering because they believed themselves the superior race. All Scots were wild men in their eyes, unthinking and unfeeling, and somehow the English felt compelled to act as their cage-keeper.