Follow the strange, lustful and horrific journey of Sandy Beech as he is ensnared into the realm of African witchcraft. 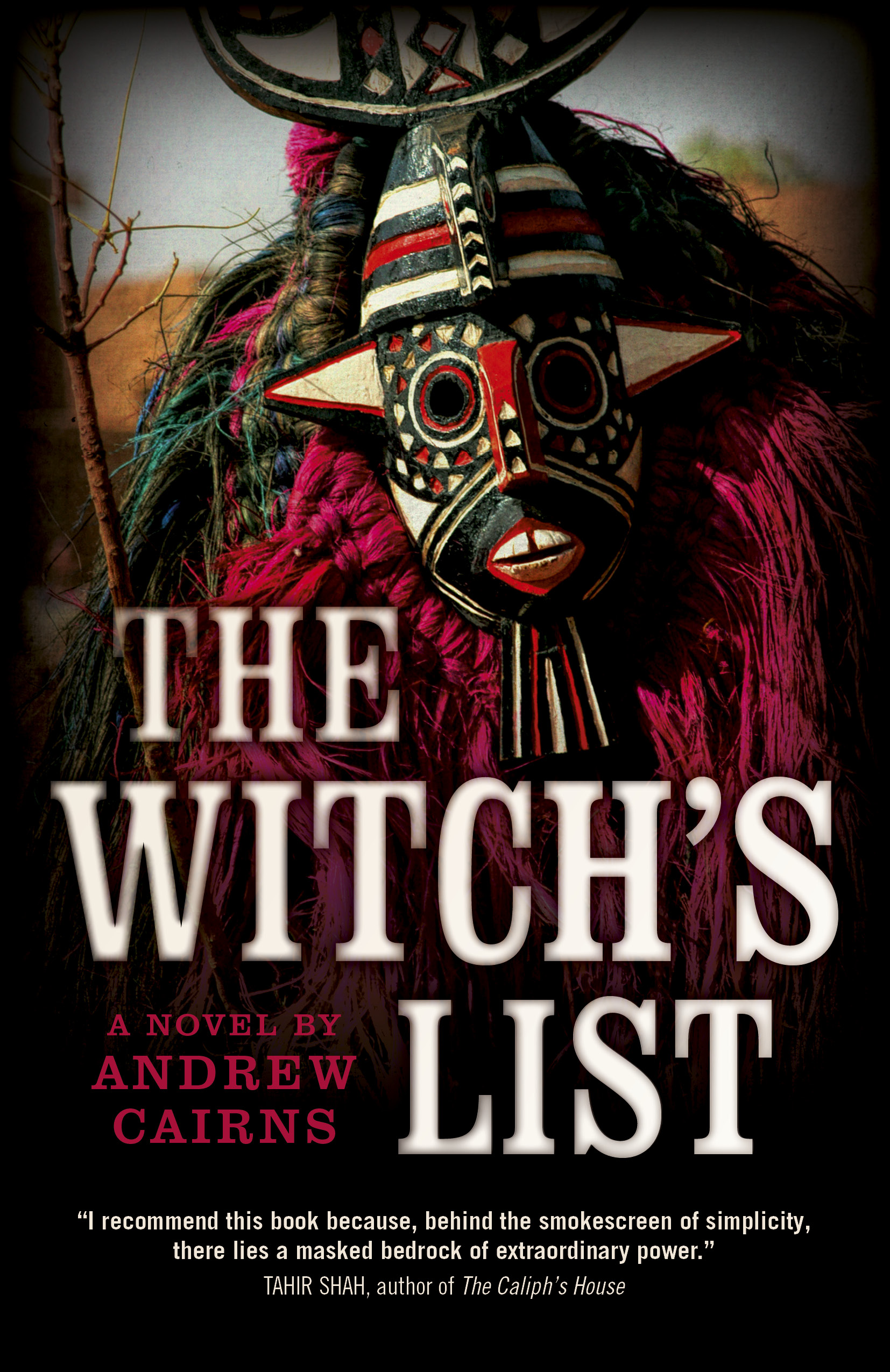 Sandy Beech doesn't believe in witches and the supernatural. However, certain strange events occur which put his scepticism to the test: a burning book, a falling crucifix, a mysterious illness, and a fire in a convent which kills all twelve nuns. On her deathbed, Bernadette, the last surviving nun, warns him to control his lusts and avoid African women. Sandy finds this difficult, since he is attracted to exotic, dark-skinned women and after his hedonistic university exchange year in Paris, marries Rocky from the Ivory Coast. Five years later, childless and with the marriage souring, they decide to visit Rocky's home country. Sandy is drawn into a world of strange beliefs and practices: he finds out about the Witch's List - a list of people destined to die, and is attacked by various animals starting with a ferocious dog in Abidjan. He delves further and further into the realm of African witchcraft, but the horrific truth remains obscure... The Witch's List is the first of a trilogy.

It has received an average 3.9 star rating on amazon.com after 46 reviews. Should hit the 50 reviews mark soon, which will ensure more exposure.

Book has been well-received at several author events including The American Library in Paris, and Waterstones Dundee.

I didn’t use to believe in witches. Not really. Of course, growing up in Scotland,there were always stories of witches and wizards, ghosts and ghouls, monsters and zombies and so on, but as in most ‘civilized’ western countries, such stories were mainly regarded as folklore; on a par with pixies and elves. You didn’t really believe in them, they were just fairy tales. Remember the stories?

There was one, more ‘serious’ book on witches in our secondary school library though. And it freaked us all out a bit. It must have been one of the most browsed texts in there – due to its filthy pictures of witches performing various ceremonies – black masses and the like – naked! In most libraries there are some books with scuddy pictures, classed under erotic literature or art; even in the children’s section there’s always some big kid that’s got his hands on the encyclopaedia and invites you over to show you a picture of the topless, tribal African woman. This one, ‘Witches and Warlocks’, was a non-fiction work, detailing very graphically, and very sexily we all thought, a range of witchcraft and black arts practices. It had somehow found its way into Saint Saviours’ RC (Roman Catholic) school, despite the establishment being as staunchly Catholic in its syllabus and overall culture as it comes. It was in the reference section, on the religious books shelf, and I’m sure none of the teachers knew of its existence, much less its saucy content. The librarian was a rather dozy woman in her thirties, with short blond hair; always had her nose in some novel. I assume it was her that ordered a copy. She must have done it absent-mindedly, not really checking out its profane and pornographic content. Or maybe she was some kind of closest anarchist or rebel. Who knows?