The Valentine Gift by Sandy Raven

A Valentine novella, beginning a new spin-off series of The Caversham Chronicles 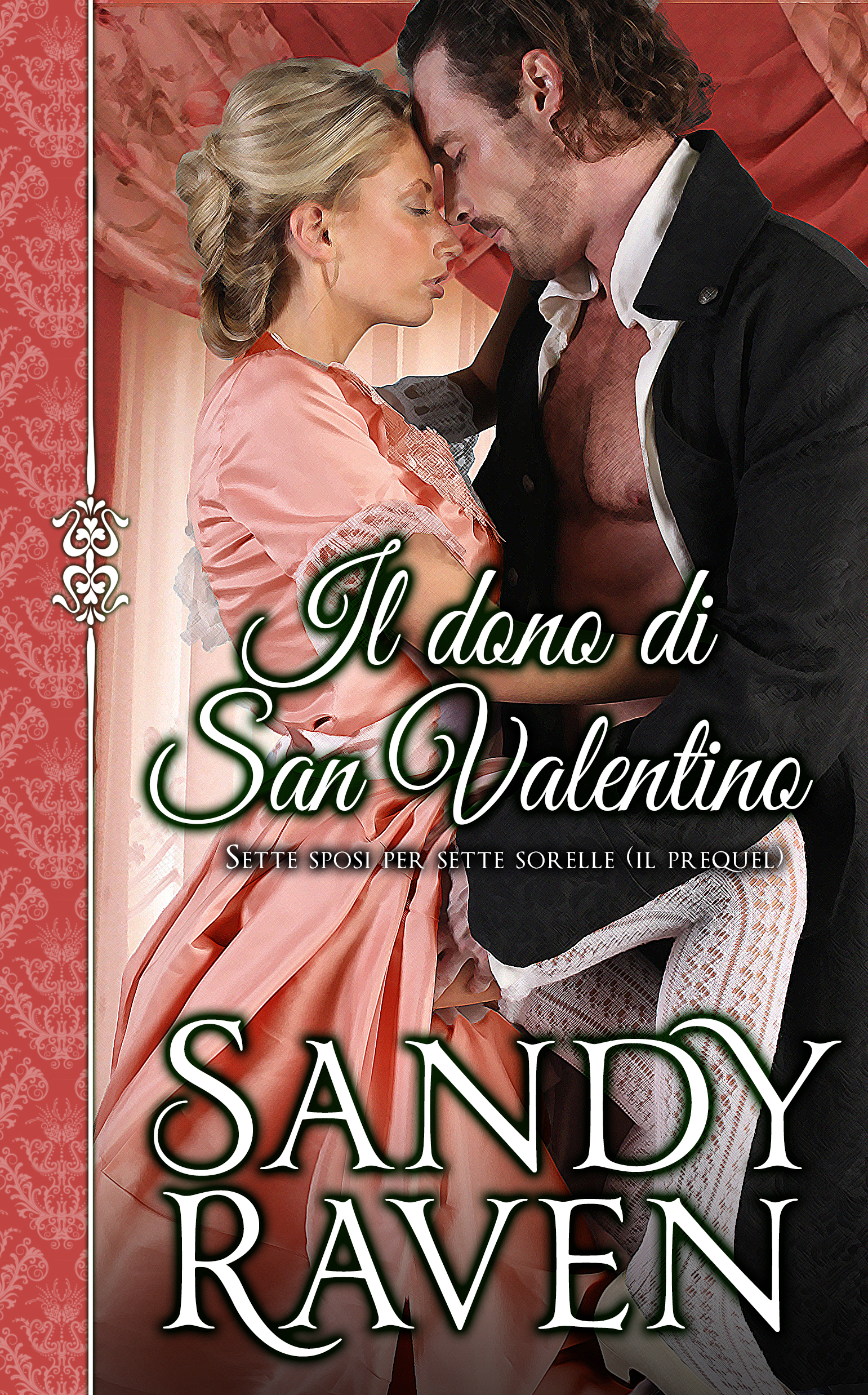 This historical romance novella will be included in a brand new holiday-themed, English-language, boxed set with three other authors. I will also be releasing this simultaneously in Italian. The English-language cover has a title for the box set, and not the novella itself. The hero and heroine are two characters from a previously published, Babelcube-translated work.


There is no sales ranking for this title as it is yet to be released.

Lady Caroline Wilson hoped she was successful this month. If she had been,  the news would make her husband and her parents beyond ecstatic. Her father was on the mend, getting better every day. She didn’t think it would be fair to give them all false hope, if she wasn’t actually carrying her first child. The curse of being irregular with her menses is that the last two times she thought she carried, she’d only been late with her monthly course.

She pulled the hood of her heavy pelisse further down her brow, to cover her head more as she blushed in the solitude of her carriage. She and Trey wanted children desperately, and did their part to see their desire come to fruition—making love as frequently as possible. Caroline enjoyed making love with her husband, and wanted him again even after making love with him that very morning. And she didn't think Trey would argue with her idea for how to spend the evening.

No one occupied the space with her, as her coachman drove her the short distance home to Oakwood through the snow in the Lincolnshire countryside, after spending the morning with her parents at her childhood home, Randolph Park.

Caroline remembered her husband’s parting words when she left, and it caused her entire body to burn with excitement and desire.

“If you get back soon enough we can have dessert before dinner.” His hot breath on the sensitive flesh of her neck just below her ear caused her knees to buckle and made her instantly wet with desire for him. If it weren’t for the fact that she had a standing appointment with her father to read him the paper each morning, she would have invited her husband back to bed.