The Unraveling by Rebekah Lewis

Return to Wonderland, where adventure awaits... 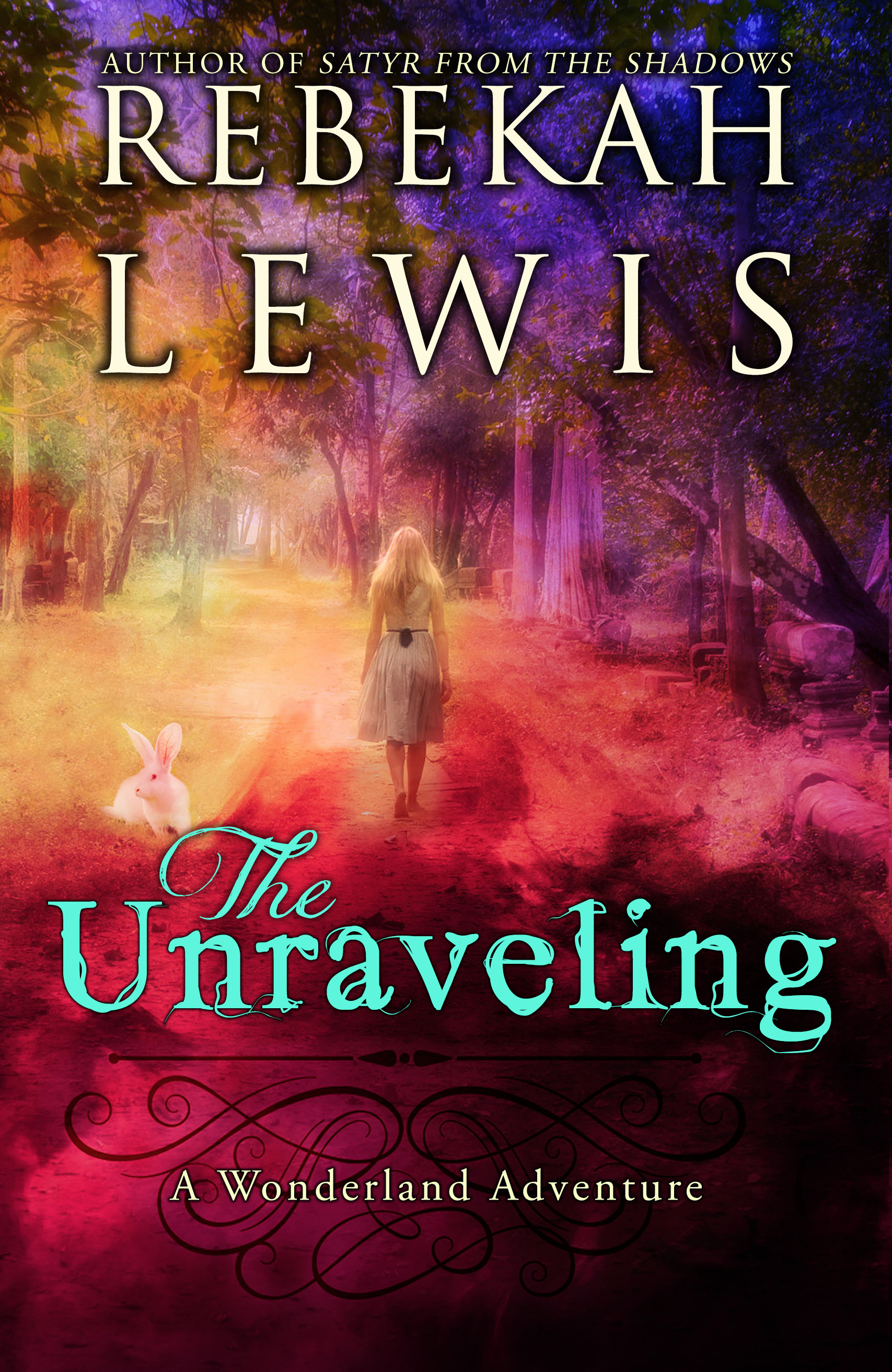 A year ago, Cadence claimed to have journeyed to Wonderland, but nobody believes her. Melody returns to her childhood home to assist her parents in trying to snap Cadence out of the fantasy she's constructed with Cheshire cats and a heroic knight named Gareth. Only, when Melody follows a white rabbit into the woods, she finds herself in the same place she'd asked Cadence to admit didn't exist.

Very little matters to Hatter aside from tea time and creating things with his hands. After he helps Devrel bring the wrong girl into Wonderland to save Gareth from an arranged marriage, Hatter has no choice but to open his home, and a seat at his tea table, to Melody. Thinking she will undoubtedly leave him as Alice did when he was younger, Hatter tries not to notice his attraction to her even though he cannot seem to look away.

Unbeknownst to them all, Cadence follows her sister down the rabbit hole, but is left to search for Gareth alone. She ventures through the vast Tulgey Wood and realizes danger lurks within the ruins of a kingdom forgotten after the Red Queen executed the Queen of Hearts long ago. Can she warn the people of Wonderland in time, or will she be expelled twice?


Hatter bit the thread he held taut and smiled at the reassuring, subtle pop when it snapped. He jabbed the sewing needle into a large pincushion on the table in front of him and, with both hands, collected his finalized masterpiece in order to examine his work. It was a lady's hat with a wide brim, slightly turned down in the front to shield the eye from the harsh light of the sun. Puce, with a plum ribbon. A feather from the Jubjub bird accented it on one side, providing a chaotic burst of color.

Satisfaction coursed through his veins at the result of his craft. Flawless, as ever. Yet trepidation hovered in the back of his mind, suggesting his impeccable talent for creating wasn't enough. Everything he made came out exactly how he envisioned it. Where was the mystery? The challenge? The wonder?

In a place known as Wonderland, wonder surely existed for its own inhabitants, did it not?

The miniature bell above his front door jingled, distracting Hatter from his thoughts. He placed the hat upon a wooden peg roughly the size of a woman's head to set in his show room later. Then he turned toward the door. He clasped his hands over the well-worn, scuffed surface of his worktable and waited for his guest to approach, but nobody appeared.

With a frown, he fidgeted on the stool. Still, the doorway remained unoccupied. Was he being robbed? How very curious. He'd never been robbed before and couldn't recall the last time Wonderland had a theft. The crime rate had diminished since the Queen of Hearts met her fate.