The Time Traveler and the Princess by Joe Corso

The Princess is dying. Lucky's only chance to save her is to take her to the future. But what happens when he does that is unexpected and dangerous to the princess. 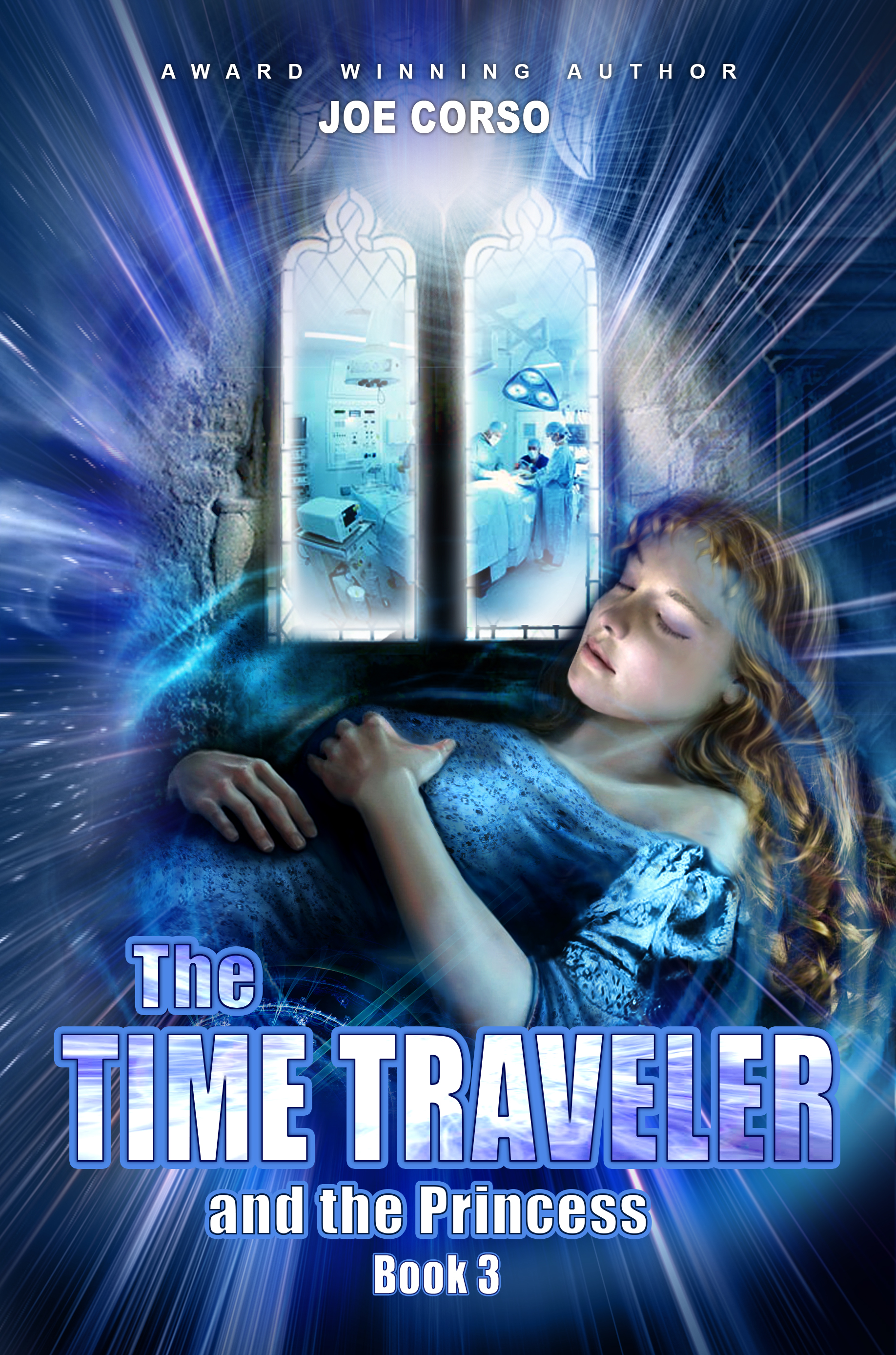 Lucky Campo, the CIA operative, cannot sit still long. Time travel comes in handy sometimes. First it made Lucky a very wealthy man. Now, it continues to provide him with an escape to a land of Medieval adventure and hazards. Lucky for Lucky, he is armed with 21st Century technology or . . . can that backfire?
The Queen prays for the Wizard’s return but this time, Lucky may have bitten off more than he can chew. History can be altered. There can be devastating results. A Princess is dying and a Greek, madman billionaire, known for bankrupting countries and handpicking leaders of foreign nations, is trying to rule the world.
Can Lucky and his friend Mickey make it before the shadows of the sun pass?
They take on evils and darkness around the world, in different centuries, but can only do so because of Lucky's ability to travel in time.


The title of this book was changed from "The Time Portal and the Princess" to "The Time Traveler and the Princess". By doing this I lost all of my reviews and I sank low in the rankings. I expect that when I promote these books my rankings will rise considerably.

For six days it had rained torrentially. In the last few hours, the deluge had diminished to a trickle until finally, the rain stopped. Welcomed rays of sunlight peeked through the clouds. Traveling was difficult due to the mud and ruts in the road. The knights on horseback looked up and were finally able to see the full moon, previously hidden behind gray clouds, as it eased into view. Moonlight bounced off the polished chainmail armor of Queen Alexandra’s escort, sparkling like brilliant stars against a night sky. It was a radiant and mesmerizing sight especially after the previous week of travel full of wet and misery.

King Robert, along with his escort of ten knights, had left before the rains had begun, and was traveling much faster than the caravan carrying his wife and sister-in-law. He wanted to get to his father-in-law, King William, quickly in order to have everything organized for the Princess when she arrived.

It was a pleasure traveling now and although the rain had been a nuisance, it was a blessing to the parched lands. The farmers had prayed for rain. Seeds planted in the spring desperately thirsted for moisture. Yes, the rain meant a healthy harvest for the people of the kingdom and assurance that workers could fill the King’s warehouses with wheat, corn and vegetables for residents of the keep. The King, too, was pleased, knowing that food would be available for his people during the cold, hard winter months. The drought had passed and the rains were viewed as a blessing from the good Queen who always brought good fortune whenever she traversed the villages, or so the peasants and serfs believed. What they didn’t know was that their Queen was traveling with a heavy heart, transporting her seriously ill and beloved sister, Princess Krystina, to their father for counsel and examination by his team of doctors.