The Time Traveler and the Philadelphia Experiment by Joe Corso

The U. S. Navy is using the un-commissioned ship Eldridge to try and reactivate the Philadelphia Experiment. It is only a partial success, sailors are disappearing again… Can Lucky find them? 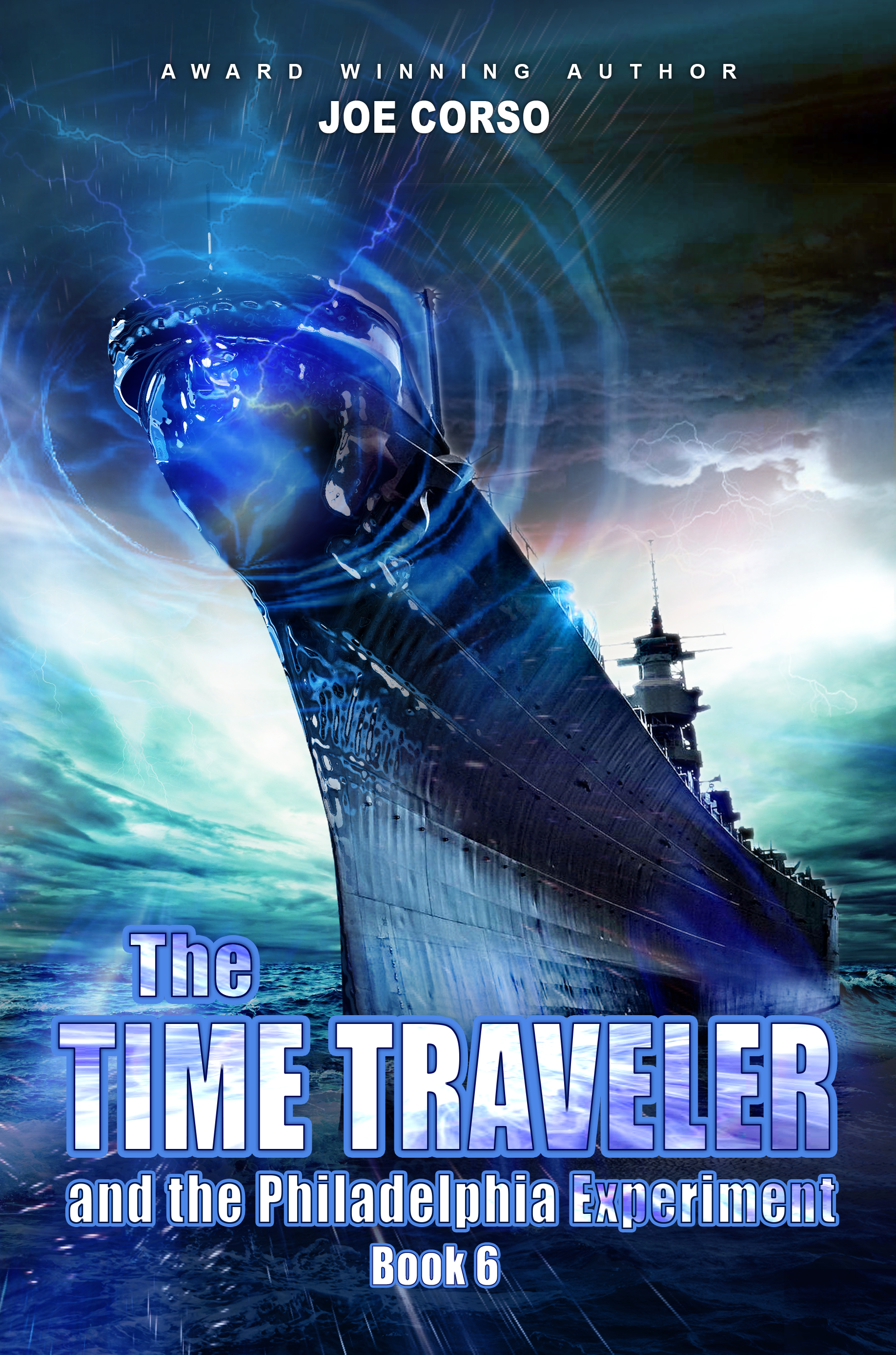 While Lucky is living in the 12th century with his wife Princess Krystina he senses trouble in the present, but he is unaware that his enemies plan to kill King Robert and the royal family while he is away. Will Lucky’s problems in the present prevent him from helping his friends in the past?

The U.S. Navy has reactivated the Philadelphia Experiment and is using the new un-commissioned Navy ship the Eldridge as the basis for its invisibility experiments. The experiments prove successful but sailors are still disappearing just as they had in 1943. Lucky thinks he may know where some of the missing sailors have disappeared. But in order to reach them he encounters a malevolent energy that exists in a dark foreboding portal.

Why is Lucky a threat to General Peter Slater, a 4 star general in charge of the military?

Secretary of State Oliver Stanton, Mickey and Lucky evade capture by entering a portal and escaping to the past. Their search for a way back to the present brings them in contact with prehistoric animals, Roman Legionnaires’, Greek Temples, lost cities and more…. But Lucky and his friends discover that they are lost in time and in order find their way back to the present they seek the council of the Oracle at Delphi.


My book is great, the rankings aren't because of the name change. I lost all of my reviews and I dropped in the rankings.


The titanium handcuffs Heinrich Mueller had locked around Lucky’s wrists neutralized his extraordinary ability to create and manipulate the time portals. Removing the handcuffs was a difficult chore, but Rufio Albio’s blacksmith, who worked at his Roman villa, had succeeded in filing off the handcuffs. When the cuffs were removed, Lucky discovered that he had lost many of his evolving abilities. He had retrogressed back to the beginning, when during his convalescence; he first discovered the time portals. His wish now was that as time passed, he would regain all or some of his lost abilities. His new abilities allowed him to manipulate the vibrational frequencies of his body, which allowed him to create a time portal at will that would take him anywhere he wanted to go in the past. All he had to do was to think of a portal and the shimmering shower of pulsing light immediately appeared before him. He hoped those lost abilities would return, but because of the debilitating effects the titanium bracelets had on him, he lost that ability. He discovered something he never knew. He found out the hard way that titanium was to him what Kryptonite was to Superman.

Lucky learned to create a portal when he was imprisoned by the mad billionaire in his dungeon in Romania and forced to create one. Kouras wanted Lucky to take him to his ancestor Vlad the Impaler, and he hedged his bet by kidnapping the sleeping Princess Krystina, who was languishing in the Compound hospital ill and near death. Lucky tried saving her life by taking her from the 12th century, where the treatment was primitive, to the present where he hoped the Compound’s doctors could utilize the modern medical facilities and had access to the latest in medical technology and medicines to restore her health.

Kouros ordered his hired mercenaries to kidnap the princess, keep her under sedation, and take her to his castle without Lucky being aware that she was there.