The Time Traveler and the Nazi by Joe Corso 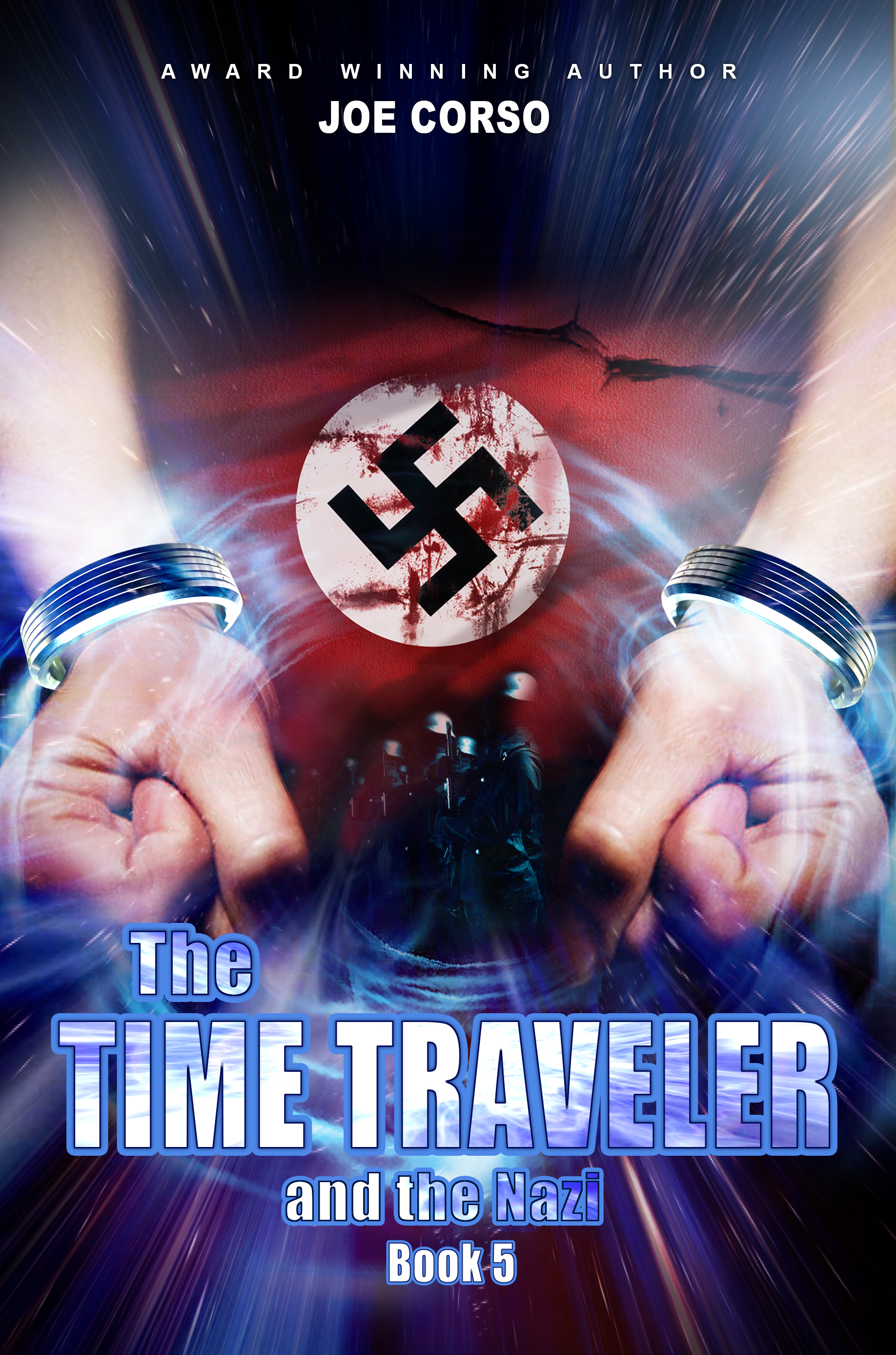 What if you discovered a gateway that took you to the 12th Century, where you met, fell in love with, and married a princess, had a child together, and then you discovered that you might never see them again?
ThLucky finds himself in this peculiarly unique situation when he discovers he no longer can access The Time Portal.
Because of obligations in the present, Lucky uses the time portal and leaves the 12th Century, his princess, and his son.
But unknown to him, his enemies are waiting patiently for his return, and several questions are raised as Lucky tries to regain control of his powers.
Adolph Mueller—Nazi billionaire—has pledged to destroy his enemies, but he needs Lucky’s unique abilities to accomplish it. What powers do the titanium bracelets that were placed on Lucky’s wrists hold over him?
Lucky has decided to bring a soldier back to the present with him from the past, but for what reason?
Why do the priests of the Spanish inquisition still pursue Lucky’s wife and child?
Lucky, in his weakened state, must somehow find a way to return to the past to help save the woman he loves…


The title has been changed from "The Time Portal and the Nazi" to The Time Traveler and the Nazi. I lost off of my reviews and was placed lower in the rankings.


Krystina was seated in a chair in the front of the room, facing her accuser. She was in tears, asking for her baby, but the inquisitor general was too busy questioning the princess if she consorted with the devil to concern himself with a bothersome baby. He was about to ask her another question when Lucky suddenly appeared out of nowhere beside the princess. When he materialized, she was so relieved to see him that she couldn’t speak. She looked up at him and smiled as tears flowed down her face copiously, but the tears were tears of joy. The priests and spectators alike in the room gasped. One man held his hand to his heart, while others looked toward the heavens, asking God to save them. The entire room fell silent. They were in shock, having witnessed an apparition suddenly appearing before them. There he stood, a man dressed in black from head to toe, and they were frightened. They could not see the man’s face because it was covered in black, and the black clothes he wore were unlike any they had ever seen before. When he spoke, they trembled.

The priest said nothing.

“Speak up. I cannot hear you. Did you lose your tongue? Answer me. Am I the one you wanted to see? I am here now, so ask me your questions and I will answer them for my wife.”

After making many signs of the cross, the priest finally summoned the courage to ask, “Who . . . what are you?”

“I am King Robert’s wizard.” Lucky figured he might as well exaggerate a little.