The Time Traveler by Joe Corso

What would you do if you could travel in time? 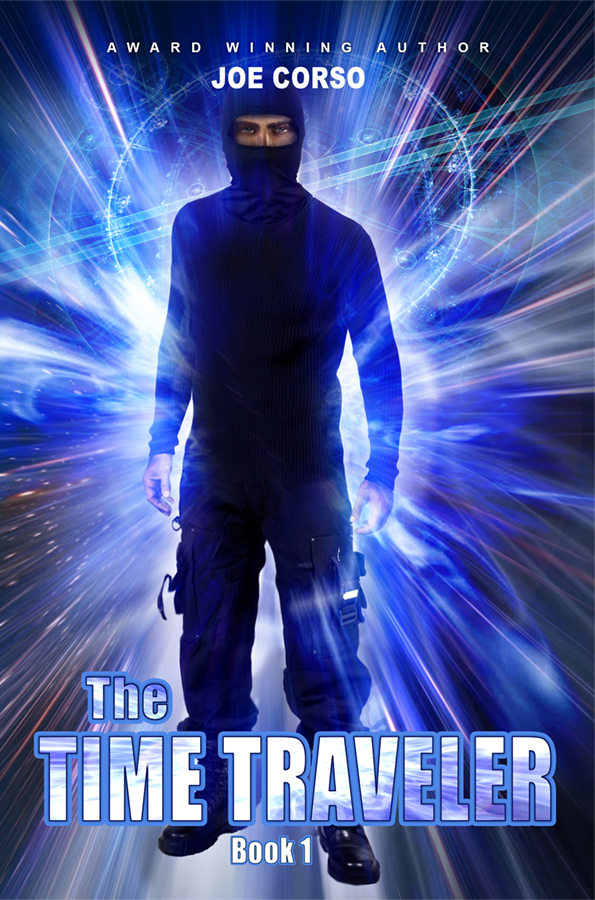 Because of his skills, the CIA coerced Lucky Campo, jewel thief extraordinaire into joining the agency. Time passed, and one morning he awakened to find himself handcuffed to a bed without any recollection of how he got there. After being drugged and questioned, he discovered that his kidnappers had received stolen top-secret CIA information that Campo is a time traveler. His captives eager to learn if the information they have received is true use a new type of truth serum in an attempt to get him to divulge his secret, the secret of how he can travel in time.

While Lucky languishes in the hospital prison, his thoughts drift to when he was captured during a robbery and given a choice. It was either jail or join the CIA, so with no other option he joined… but with the proviso that his pal Mickey was a part of the deal.

He thought of how his boss Dirk Sommerville tried to assassinate him by rigging the building with explosives and timing it to explode when he entered the building. The explosion almost killed him. His brain and eyesight were severely injured. Upon recovering he discovered that when the doctors operated on his brain they inadvertently did something during the operation, which allowed him to see the curtains of light, the gateways that cut a wormhole through time itself.


Amazon is going to promote this book this month and I expect it to be in the top 2 or 3 positions.

I watched with satisfaction as the cold steel door slid solidly shut, sealing the safe room and us three men in it from the noise and interference of the outside world. I waited a moment longer for the steel cylinders in the thick steel door to slide into the titanium receptacles built into the wall to snap shut, effectively sealing us in the safe room, tighter than a pharaoh’s tomb. I watched the professor sitting opposite me at the table open his attaché case and remove a small, state of the art, voice-activated recorder. He switched it on and then he placed it in the center of the coffee table between him and me. “Where do you want to start, Lucky?”

“Let’s start when my old boss Dirk Sommerville tried to assassinate me. Dirk gave me an address to an apartment in an old tenement on the upper east side of Manhattan and he told me to break in and go straight to the safe hidden behind a picture on the far wall and open it. He told me that the safe contained a list of terrorists and buyers of explosives. What I didn’t know was that Dirk had lined the room with C-4 explosives staggered throughout the floor. I had no idea that I was walking into a trap. When I opened the window adjacent to the fire escape and I stepped into the room, my foot hit the trip wire attached to the blocks of C-4 causing an explosion. Dirk knew that I had to step into the room, so he made sure the trip wire was placed in a spot in front of the window where I couldn’t miss stepping on it. The explosion blew me out of the window and sent me falling six stories down to the concrete yard below.”