The Thirst by Michael D. Young

Book 2 of the Penultimate Dawn Cycle

An epic high fantasy set after a catastrophic event that destroyed the existing social order. 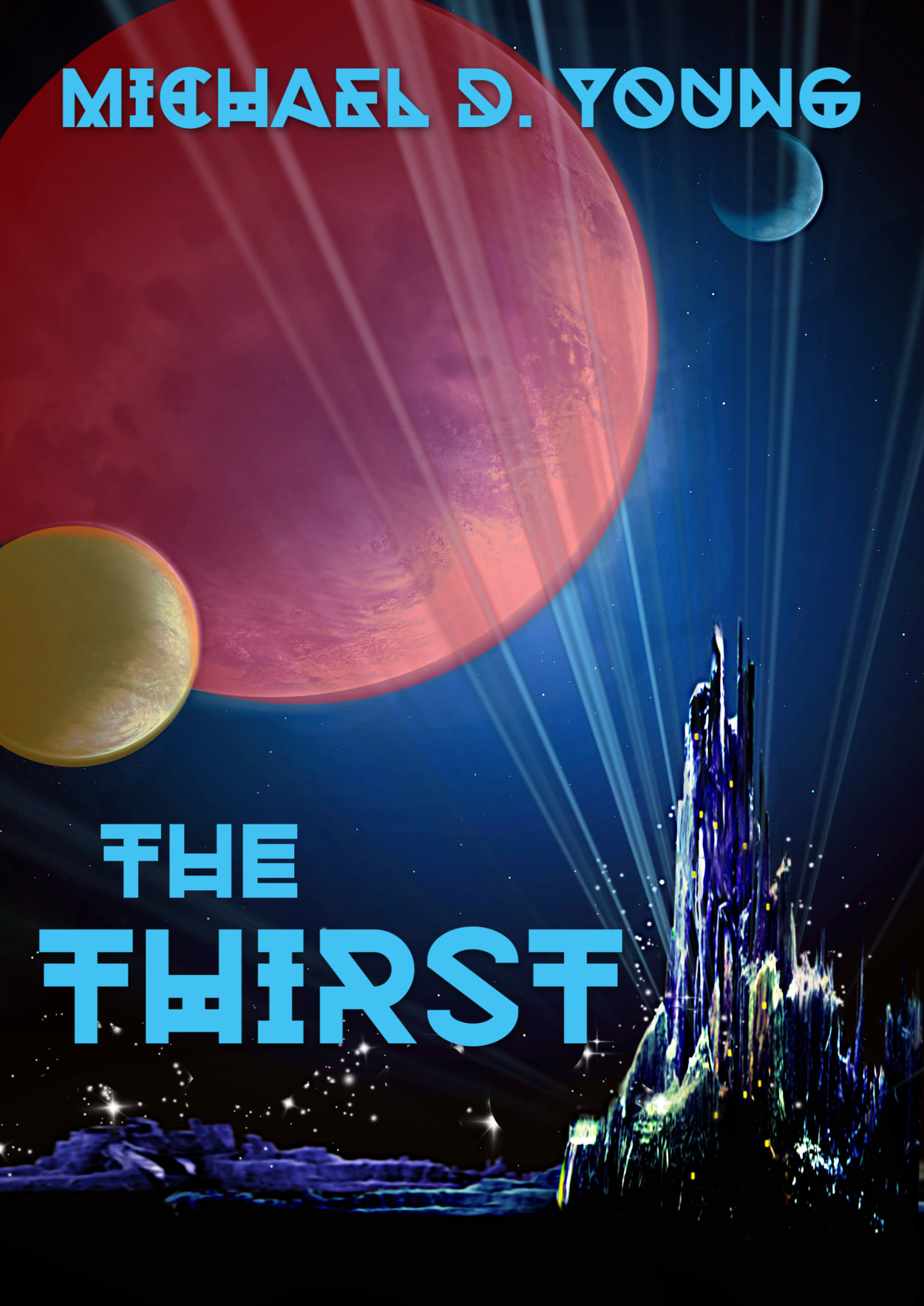 After the catastrophic events of the Wrath, Azil and his companions wake up to a world completely transformed. The monstrous Mals are acting strangely, driven even deeper into their madness by a new and terrible sensation called the Thirst. The different Aspects of Rahim are now at war with each other, some trying to unite the power of all the Aspects again, while others fight to keep them apart. For Azil and his companions, the keys to ending the conflict lie both in a long-forgotten city deep below the earth, and high in the heavens on the moons that hang over the Realm. Even with the help of his newfound powers and allies, Azil is not sure he can win this dangerous contest that threatens to destroy all hopes of a new dawn.

Mankind is my greatest treasure. They are also my greatest enemy. With them, I am at war with myself. Without them, I am without hope. Therefore, I reason it is better to fight To struggle against the demons of my nature. Otherwise, I must consign myself to despair. Now I insist that they all do the same. -From The Mind of Rahim, Book I, Section I, Verses 1-2

The first verse from The Mind of Rahim leaves me a bit perplexed. I cannot fathom why mankind would be both an enemy and a treasure, but then again, I know so little of the actual history of Rahim and his followers. Even being privy to the thoughts of the Golden Aspect does not do me as much good as I would have hoped. His mind is vast and difficult to understand. Sometimes, he will speak readily with me, but then will go long periods without making himself accessible at all. It is like sifting through the greatest trove of books ever assembled for information, only to find that none of them are labeled or arranged in any comprehensible context. It is strange also to think of a being regarded as a god that can express such stark emotions as hope and despair. Perhaps we are more like him than we realize. If he expects us to fight against the demons of our nature as well, then I truly am a devoted follower, for I have many. The question remains, however—can Rahim overcome these demons of his? If he cannot, how can we, who are infinitely feebler, be expected to do the same? Perhaps, it is only that the demons he confronts are of the much more formidable variety and ours of a lesser. - Commentary by Azil Harkness zil could not stand what he was wearing. Just as a violent gale of dust and debris whipped around him, he figured there must be something better he should have worn for the occasion. But even though he was now partially divine, he could not think of what that might be.