The Ten Best Bond Movies...Ever countdown begins at #10 with Thunderball. 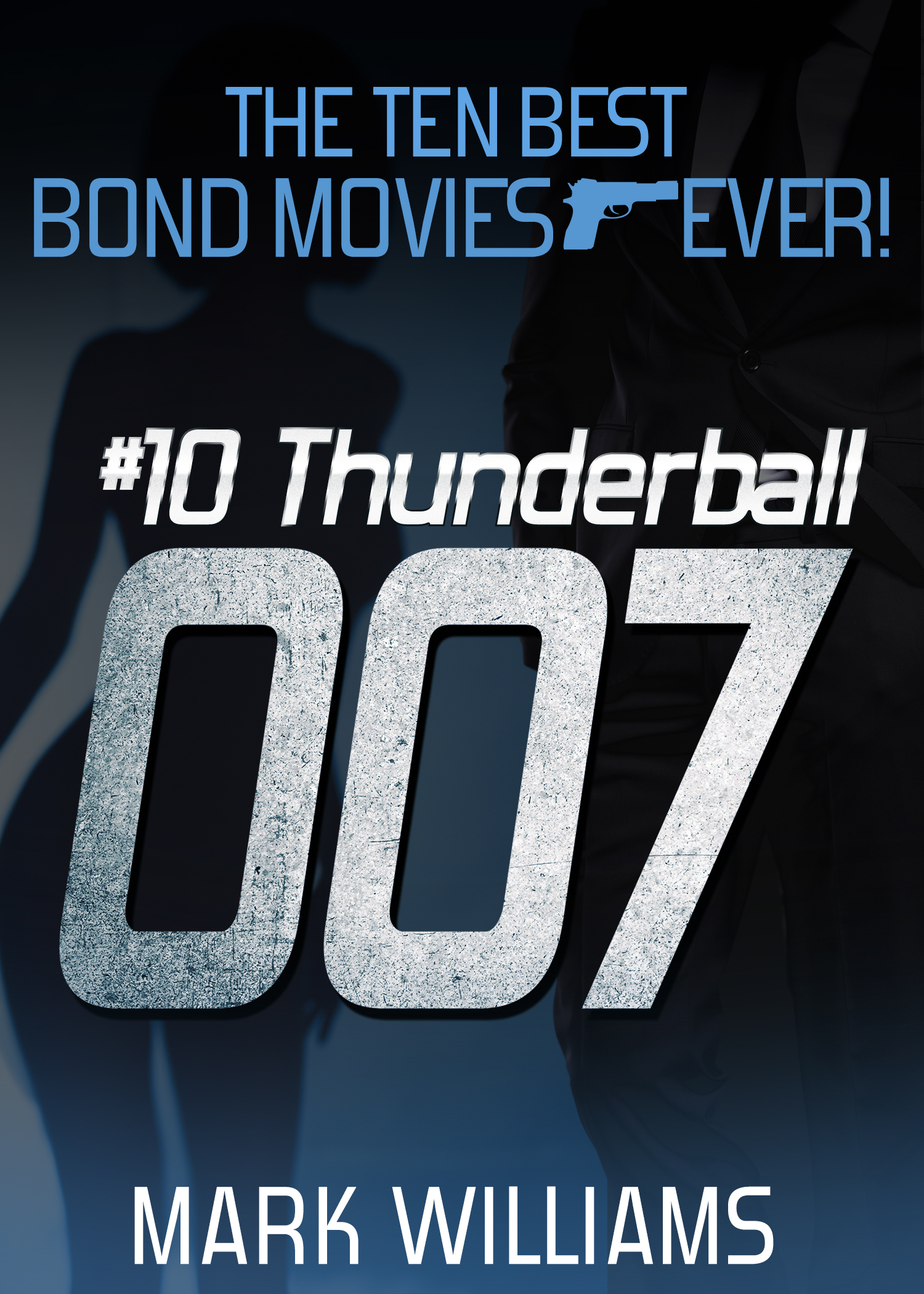 It doesn't get much more subjective than this. Or much more fun!

Come and join international bestselling author Mark Wiliams on a James Bond odyssey as he explores the phenomena that is James Bond, in this the fiftieth anniversary of the release of the Bond film that made # 10 on the list: Thunderball.


A new relase so no sales history to speak of, but the brand recognition of the James Bond films should ensure a steady flow of sales.


It doesn’t get much more subjective than this. Especially when there are more than 25 Bond films to choose from.

Narrowing the list down to just ten was no easy feat. It wasn’t just a matter of “I enjoyed X better than Y but not as much as Z.” On that simplistic basis The Spy Who Loved Me would be my number one choice, as my personal favourite Bond film. But while it’s up there in the top ten for lots of good reasons, no-one – not even Roger Moore’s mum – could honestly class it as the best Bond film… ever.

I was just a child when Connery played Bond. The first Bond film I saw in the cinema was Diamonds Are Forever, accompanied by my parents, but I was far too young to appreciate the storyline, let alone the finer charms of the Connery Bond era. The gadgets and gunfights and car chases and the explosions were fine, of course, but the busty women and the sexual innuendoes went right over my head, along with most of the plot.

And that’s the thing. I’m part of the Roger Moore generation, brought up on the hugely successful TV series The Saint and The Persuaders, so naturally I loved the Roger Moore Bond. At least, at first. But the Moore era peaked with The Spy Who Loved Me and went rapidly downhill from there. As one of Roger Moore’s biggest fans it pains me to say it, but many of the Roger Moore Bond films are among the worst of the series ever made. Moonraker… The Man With the Golden Gun… Octopussy…  And as for A View To A Kill… Let’s not even go there.

But still Roger Moore is my favourite Bond, and two Roger Moore Bond films make the top ten of the Best Ever! list. Which begs the question, what does it take to be a Best…Ever Bond movie?