The Shadow of Black Wings by James Calbraith 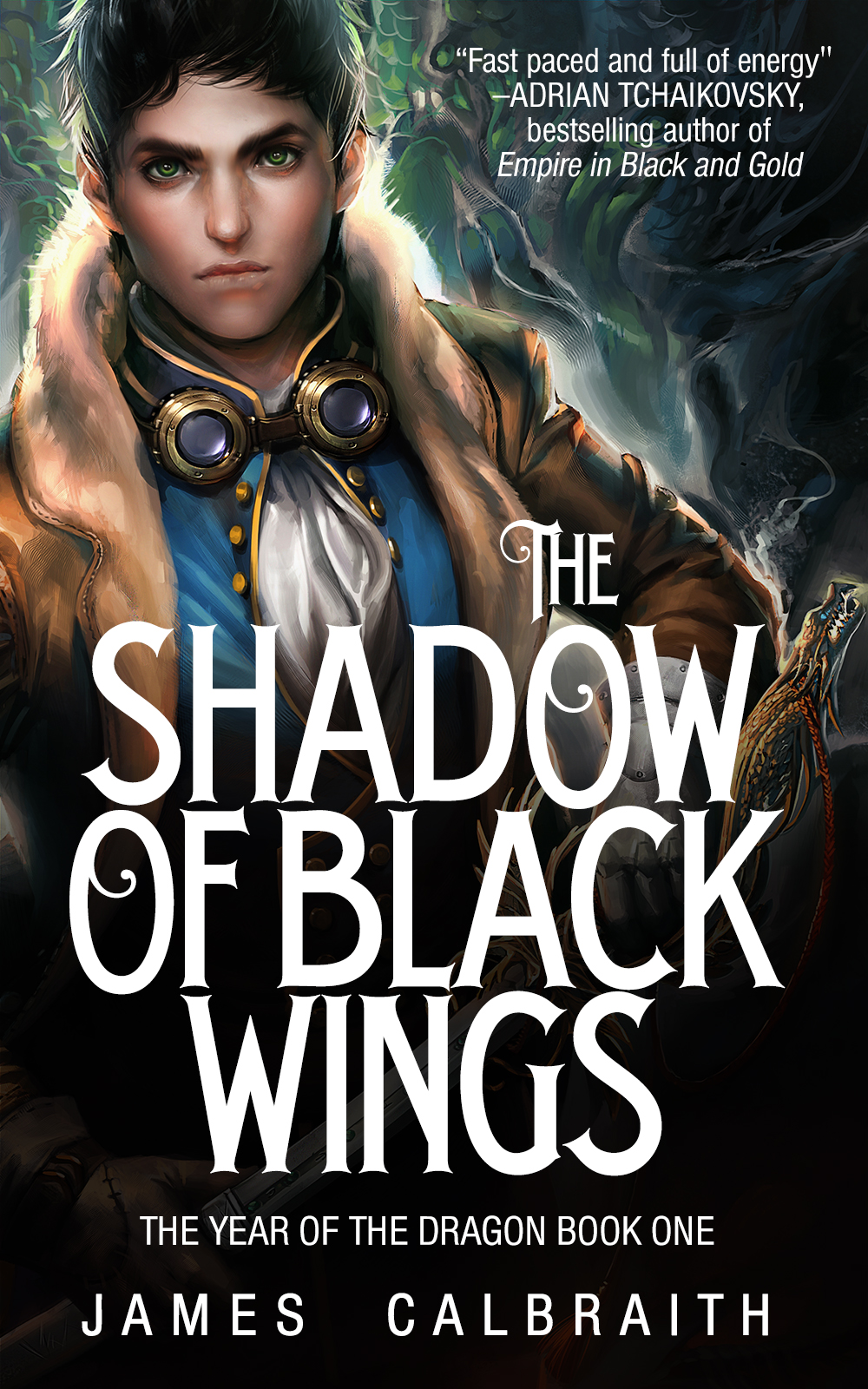 It is the sixteenth year of Queen Victoria’s enlightened rule and the world trembles before the might of her ironclad navy and the dreaded Dragon Corps. The largest ship ever built sails from the Brigstow Harbour on a journey to the mysterious lands of Orient. Its load – a regiment of the Royal Marines and one Bran ap Dylan – freshly graduate in Dracology at the Llambed Academy of Mystic Arts.

In the empire of Yamato, sealed from the rest of the world for the last two centuries, a wizard’s daughter Sato witnesses her father joining an anti-government conspiracy. Her friend Nagomi, training to be a priestess, is haunted by dark visions that she must keep secret. Neither of them is aware that a change is coming to Yamato… on the wings of a dragon.

A detailed and fast-paced historical fantasy based around the turbulent opening of Japan to the West in the middle of the 19th century, “The Shadow of the Black Wings” is the first volume in “The Year of the Dragon” saga.


Altogether, the series sold in 17,000 copies in 2 years since release. It had reached #1 in Historical Fantasy on Amazon several times, and the most recent volume is regularly in Top 10 in Asian Fantasy, and Top 100 in Steampunk.


The distance from Llambed to Dinas Bran is computed at seventy miles, as the crow flies. The prevailing wind is north-westerly, steady at fifteen knots along the entire distance. Given an average velocity of an unladen Purple Swift equal to forty knots, and allowing for the pressure pocket of Berwyn Hills — oof!

Bran bumped into someone and dropped the exercise book to the ground, his notes scattering all over the freshly cut grass. He knew who it was just from looking at the thick leather boots. Only the Seaxe wore shoes on the sacred meadow of the Scholars’ Grove.

“Honestly, Toadboy, it’s as if you wanted to be beaten up,” a familiar vile voice mocked.

Bran looked up and sighed. Wulfhere of Warwick towered above him in his impeccable blue uniform. His sky-blue eyes stared at Bran from under a neat flaxen-yellow fringe with disgust.

“Sorry, Wulf.” Bran stooped to pick up his papers. “I’m in a hurry for the Octagonometry exam…”

“Pah!” snorted the Seaxe. “What’s the point? You and your Toad will never pass the Aerobatics.”

“Its name is Emrys,” Bran said coldly, “and it can outfly any dragon in this school, including your fat thoroughbred.”

Wulfhere narrowed his eyes and tightened his fists. Tiny sparks crackled around his knuckles and Bran prepared himself for a blow. The Seaxe glanced towards the red brick arches of the Southern cloister where the house prefect stood, watchful.

“Out of my way, serf, you’re lucky I’m not in the mood today,” he scoffed and pushed Bran aside.

The papers scattered again. Gathering his notes, Bran mumbled a Prydain slur, loud enough only for Wulfhere to hear. The Seaxe stopped and turned back slowly.

“What did you just say?”