The Seven Principles of Life by Daniel Siberio

and the Power of Creation

How to achieve wealth and success in terms of health, happiness and prosperity during your lifetime. 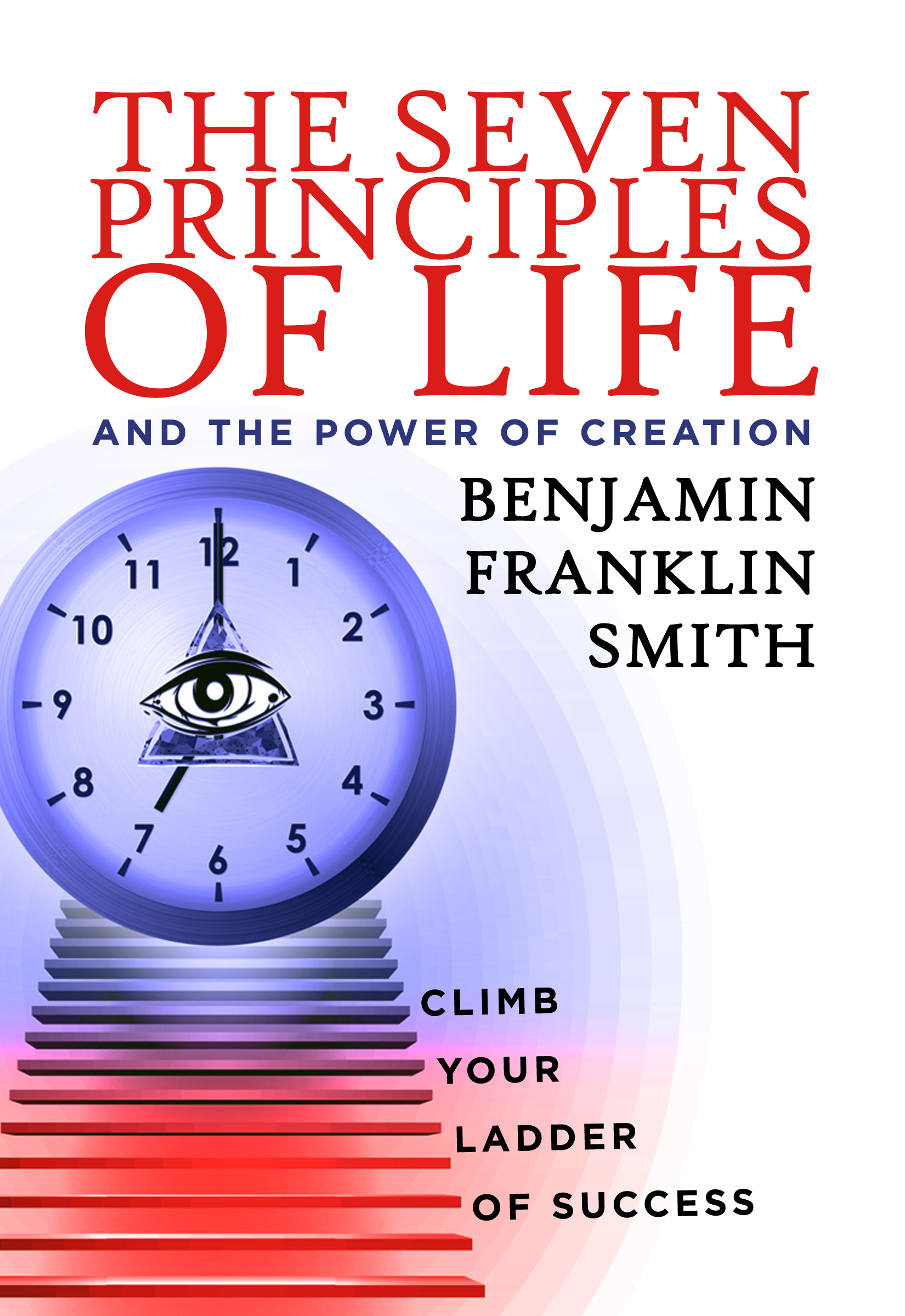 In The Seven Principles of Life and the Power of Creation, Benjamin Franklin Smith teaches you how to harness the power of the VPAT Techniques (visualization, planning, action, and tracking) to develop the know-how and discipline necessary to achieve health, happiness, and prosperity (H²P).  With H²P, you can attain wealth and success during your lifetime and make your world a better place.

The reason 1 percent of the world’s population controls over 50 percent of the wealth.
How to develop the mind and skill set of billionaires and millionaires.
The way to live in balance and harmony to become the captain of your soul and the master of your destiny.
How to take action in the present moment and use planned daily actions to build habits that will decide your future.
The method for drastic life improvement through embracing the virtues of honesty, wisdom, compassion, courage, and persistence.
And much more!

Told in an engaging, approachable style—presented through conversations between the author as a young adult and his family mentors— The Seven Principles of Life and the Power of Creation contains practical applied knowledge and timeless wisdom that can substantially benefit everyone, no matter where they are in their life’s journey.

Keywords: the mind and skill set of millionaires, college education pros and cons, self improvement, financial independence book, knowledge and wisdom for everyone, think and become wealthy, the book every parent should give


The Seven Principles of Life was recently launched in Amazon (English speaking countries) and we expect strong sales based on the initial response to the advertising and marketing campaign response in social media and traditional channels.

The publisher Liberty Realtime Media is employing a unique direct social media campaign to college and university students (there are 250 million college students worldwide) via Linkedin and other social media platforms. This ad campaign will be rolled-out to other Babelcube and Amazon markets where the book is translated to the country's language.

Initial focus groups of young adults has demonstrated strong acceptance and good reviews of the book, and the initial response is that most people find the book "very interesting and inspiring".


If you’re seventeen to twenty-five years old, you should ask yourself, What is my life going to be like over the next forty to forty-five years?

When I was seventeen years old and a senior in high school, I was fortunate enough to have a wise uncle named Harry tell me, “Time stops for no one until you die.” Uncle Harry said to me that a lot of people in the world lived their lives without any specific purpose or goals to focus their thoughts and energy to achieve success in life and that these people would end up living forty, fifty, sixty, or more years in lives full of frustration, hate, unhealthiness, unhappiness, and poverty. He said that most of these people were ignorant, not stupid, but simply unaware of the Seven Principles of Life and the VPAT techniques (visualization, planning, action, and tracking) that are the basis to the Power of Creation.

The year was 1975, and here I was at seventeen having a conversation with my uncle about the Power of Creation.

As Harry told me the story, it turns out that Grandpa John explained to young Harry how he overcame extreme poverty, personal hardship (the unexpected death of my grandma), and other obstacles like surviving life in an orphanage. He did more than survive—he was able to succeed in life by learning a series of principles (Universal Laws, he called them) that allowed him to focus his thoughts and energies to first dream and visualize, then plan, and take action to finally create the life he wanted to live. He told Uncle Harry that life on earth was a journey with a starting point called birth and a final destination called death, and that time was the element in between both. He said it’s what you do with your time that counts and that time is the journey through life. Grandpa then said to Harry that the first and probably the most important place to start the journey was self-realization.