The Secret - Book 2: Discovery continues the suspenseful story of Sam and the special power that he has tried so desperately to keep hidden. 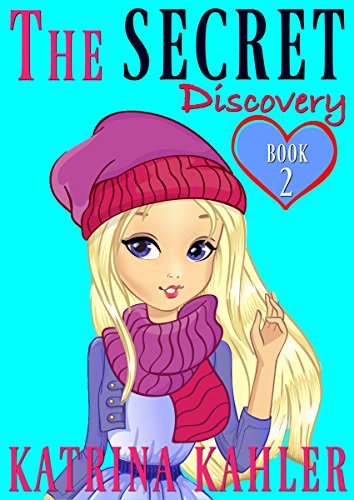 The Secret - Book 2: Discovery continues the suspenseful story of Sam and the special power that he has tried so desperately to keep hidden.

When his neighbor, Tess accidentally stumbles upon his secret he decides that his newfound friendship with the pretty girl who lives next door is over and he fears the worst. However, he is not prepared for her reaction or for what happens next!

Written from Tess's point of view, this story will keep you on the edge of your seat right through until the very last chapter where Tess discovers more than she has bargained for!

This is a fabulous book for girls who enjoy reading about kids with unique powers and unusual paranormal abilities. Complete with drama, friendship problems, ongoing bullying issues, boy crushes and a little romance, this is a story that all girls ages 9 - 12 and older will be able to relate to.


At first I was sure it had to be my imagination running wild in the way that it so often did. Right then, as I stood frozen to my spot amidst the row of dense bush that separated Sam’s garden from mine, I could think of no other explanation. Convinced that the scene could not be real, I rubbed my eyes to clear the crazy image away. But still it remained and nothing would shake it from view. In fact, the more I blinked, the clearer it became. My fascination turned to awe as I stood transfixed and immobile, watching the scene take place in front of me. Sam’s bedroom window was open wide and the curtains were drawn, giving me an unobstructed view of the various objects zipping and zooming around the room. That in itself was strange enough. But the image of him standing calmly by while an odd assortment of items whipped past him, often narrowly missing him by mere inches, was the most bizarre thing I had ever witnessed. In real life anyway. I was so mesmerized by what was going on that at first I didn’t catch the sudden turn of his head. I had no idea what caused him to abruptly glance out the window in my direction. But when I thought about it later, I felt sure that somehow he was able to sense my presence. I also decided that perhaps he was psychic just like his mother. But at that moment, none of those thoughts were important. What mattered right then was the fact that I was not camouflaged by the surrounding trees as I’d previously thought. Instead, Sam was completely aware that I was standing there, wide-eyed and confused as I stared directly towards him. Being caught out, watching something I knew I was not meant to see, caused a sudden ball of fear to form in the pit of my stomach. And without another moment’s hesitation, I turned and raced back to the safety of my house.