The Reflective by Tamara Rose Blodgett

A unique sci-fi romance about interdimensional warriors seeking their soulmates. 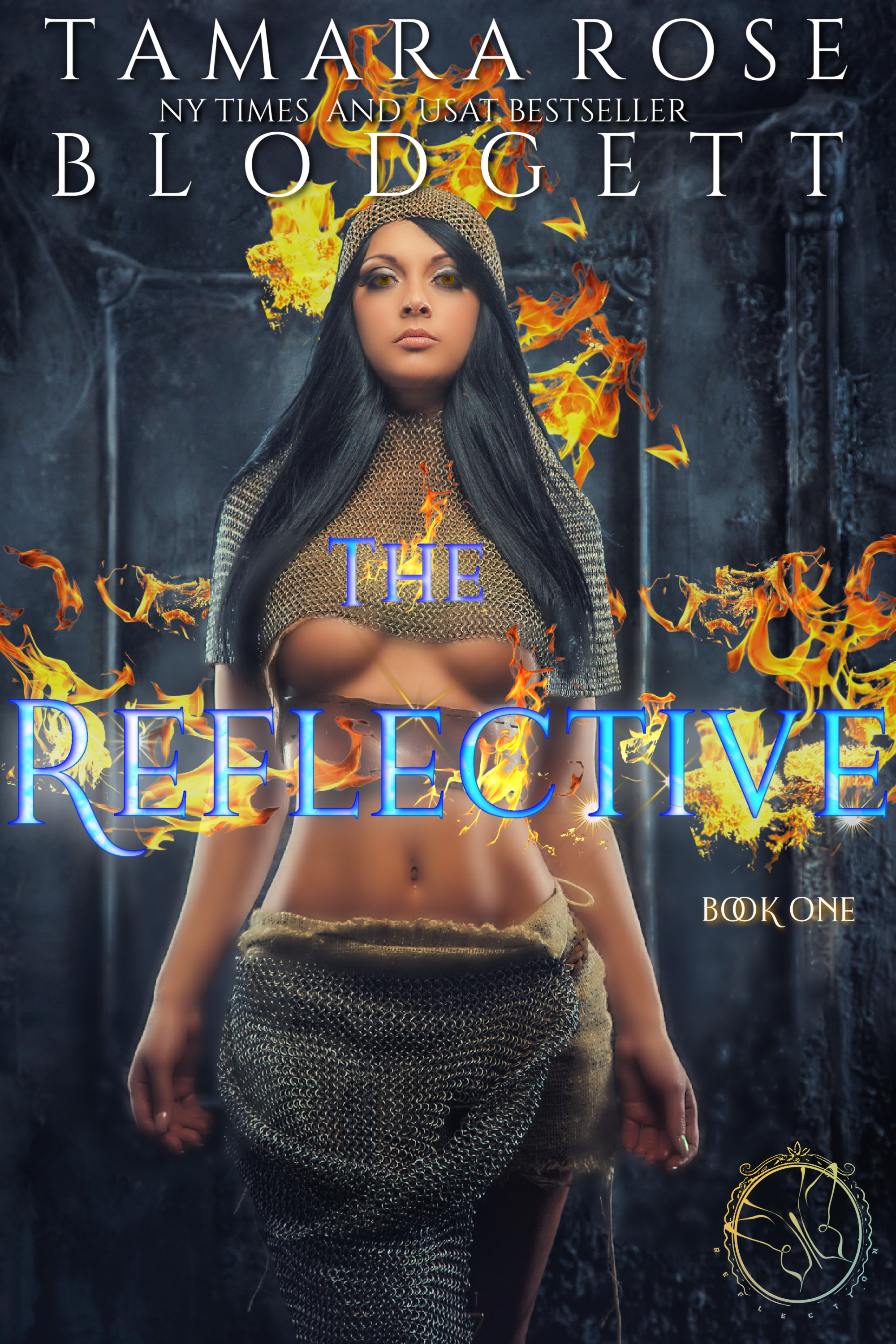 From New York Times and #1 Dark Fantasy bestseller Tamara Rose Blodgett, comes epic sci-fi meets dark paranormal romance in a chilling tale of interdimensional warriors, who police worlds for the chance to claim their prophesied soulmates - if the Reflectives can survive long enough to claim them.

Synopsis:
Those born Reflective are the only beings with the ability to jump between worlds. With The Cause firmly entrenched by years of highly stylized military-type training in combat of every kind, they use their natural born ability for inter-dimensional travel to police worlds where wrongdoing has overtaken civility.

As an elite Reflective, Jeb Merrick finds himself partnered with a rare female Reflective. Merrick is convinced that she can do nothing but slow him down. Beth Jasper is small, in both stature and mindset.

When they are thrust together as partners, Merrick vows that she will receive the same neutral treatment as a male. Merrick cannot allow the unlikely union of Beth Jasper to get in the way of finding his prophesied soulmate.

Beth discovers she is partnered with the cockiest of all pureblood Reflectives and struggles to maintain her composure with a hostile partner whose loyalty she doesn't possess.

Can the Reflectives uphold The Cause, reach a point of compromise and find their chosen soulmates?


This is a 5-book sci-fi romance about people who are born with a unique ability to "hop" between worlds in the role of interdimensional warriors. This series is complete.


The midwife made her way along ancient cobblestoned streets, her shoes catching in the crevices though Principle knew, her shoes were as sensible as they come.

As was her occupation.

She would arrive in the birthing ward at exactly eight a.m. for her twelve-hour shift. Of course, it would not be twelve hours—it would be for however long the woman labored.

And if a Reflective were born ....

Just the thought of the potential for that caused a nervous thrill to flutter deep within Florence, as it did each time she worked.

The Reflective newborns must be swaddled in special non-reflective blankets. A baby would not be lost on her shift because it was a prodigy who jumped at a mirror or other reflective surface left uncovered.

Dear Principle. She shuddered, thinking about what the punishment would be for that. As it was, midwives couldn't use any surgical instruments that were not brushed stainless steel, and since the last unfortunate incident, the midwives had since moved to an all-ceramic surgical unit.

Florence swept up the massive steps. The rise of the treads was so low the stairs felt more like a gentle slope than true steps.

The sparkling flakes of charcoal that clung to the thick white granite reminded her that the sun still shone brightly, though their version of autumn would soon be here.

A shadow fell over Florence, and she twisted to look at the sky, her foot on the top step, her hand on the solid brass door handle that opened to the birthing center.

A swarm of butterflies, so thick it blocked the cerulean of the sky, dropped false night all around her as they flew through the rectangular vents that fed the ventilation system in warmer months.