The Realm Between: Neverending Dungeon: A LitRPG Saga (Book 6) by Phoenix Grey

The 6th book in The Realm Between LitRPG series. 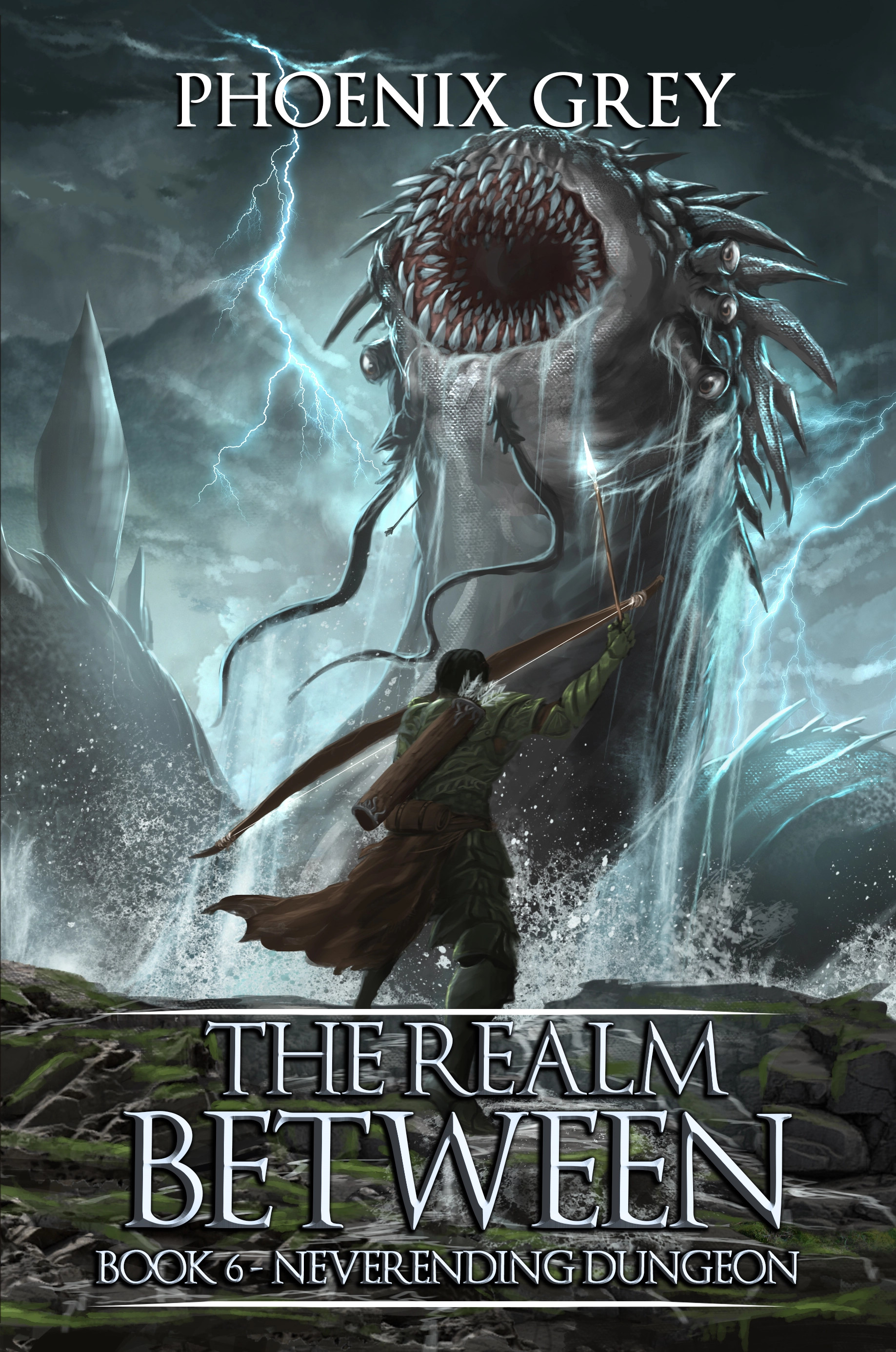 Azure has come face to face with the notorious bandit, James Bower. Completely surrounded, what can he possibly do to survive the encounter with an enemy almost double his level and emerge victorious?

Things won't be easy for Azure as he faces more perils than ever before. Even if he does survive, he still has the Darkness status effect to contend with, sorting out his friends from his foes, and starting his journey to the God of Land. Perhaps he'll end up being the biggest backstabber in the end.

Find out in this exciting installment of the popular LitRPG series The Realm Between.


This book is currently on pre-order, but I'm expecting it to hit the top 100 in several subcategories of fantasy.


“Why? Why is it so important to you to level up? There might be other people around here that need those animals. It’s not like you can eat everything you kill.” Azure’s inner thoughts poured out in a torrent.

The archer straightened, his voice steady. “I don’t care about other people.”

Azure narrowed his eyes at Jin. “Why won’t you show your face? Are you even human?”

The archer walked back over to him. “The answers to those are none of your business. Now, if you’re ready to proceed, we can go.”

Azure clapped a hand firmly on Jin’s shoulder. “If we’re going to travel together, then they are my business. I have to know I can trust you.”

The hood bent to look at Azure’s hand, then moved back up. Azure could only assume that the archer was gazing at his face, but he couldn’t see, and that irritated the hell out of him. “Have I shown you otherwise?”

“You’ve done a lot of weird things since I met you.”

“Azure, either you trust me or you don’t. It’s as simple as that. If you don’t feel that you can trust me, then we can part ways now. My secrets are my own, and just because we travel together doesn’t mean you’re privy to them.”

“Yes.” Jin nodded. “And it has to be earned. I trust you enough to travel with you but not enough to share my identity.”

“I already know your identity,” Azure countered. “I leaned it when you rejected my party invitation. Jin Umewraek, that’s your name.” He struggled with the pronunciation but got it out the best he could.

“And does it mean anything to you?” The archer’s voice was strangely calm for how heated Azure was getting.