The Realm Between: Magic School: A LitRPG Saga (Book 4) by Phoenix Grey

The fourth book in The Realm Between Series 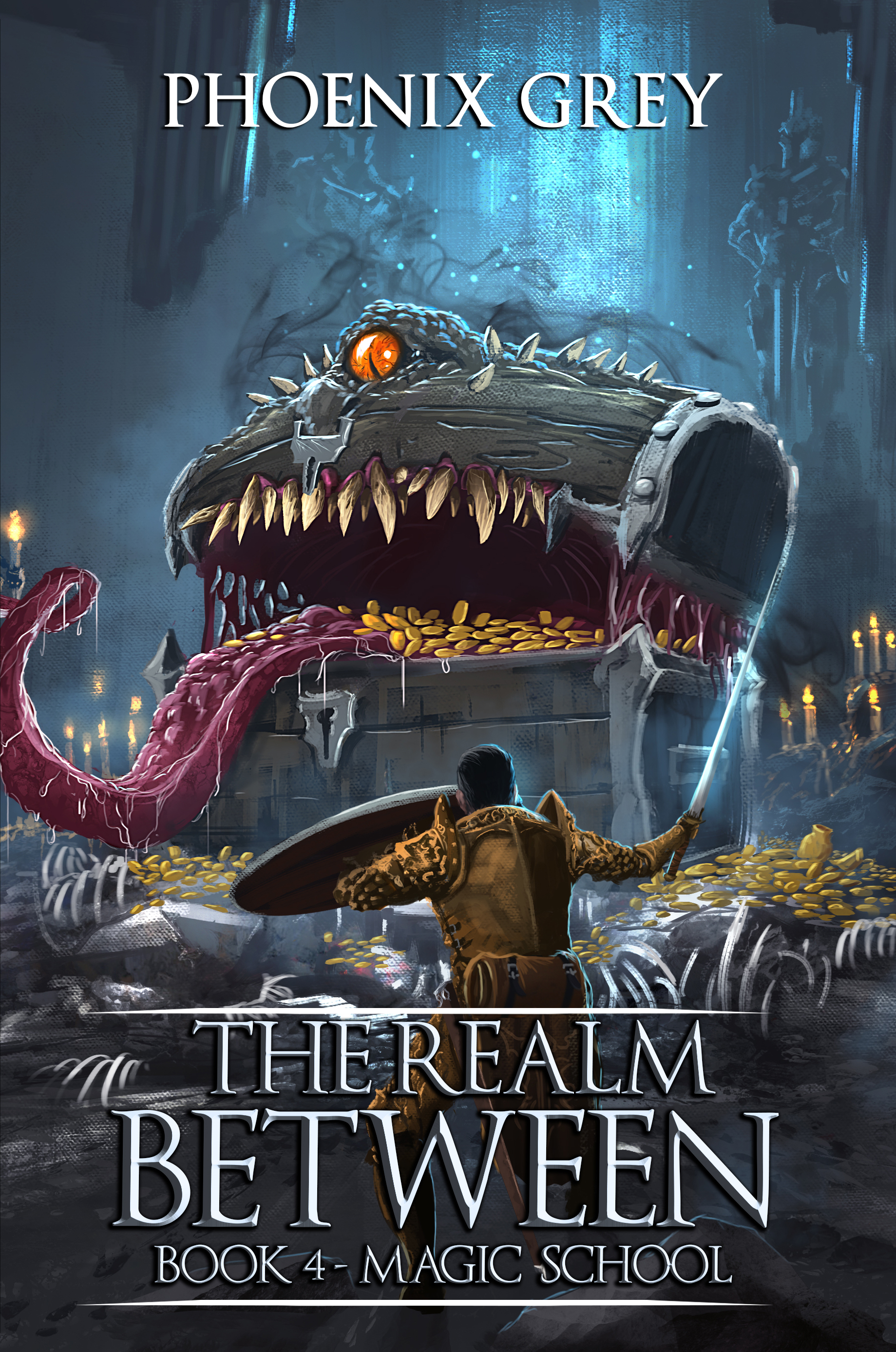 Adventure calls! Reality and fantasy finally collide when a new member joins Azure's party. A dangerous encounter with a mimic makes him think twice about touching large chests. And learning magic proves to be a bigger pain than he could have ever imagined.


“Let’s start over. Hi. I’m Janine from accounting.” The dwarven woman held out her hand.

“I’m Azure,” he hesitated before giving it a firm shake. No, that wasn’t right. Azure was what they called him here. Another name existed for him on Earth. “No. My name isn’t Azure, it’s Will. Will Galvan, software testing engineer.” Wow. Saying it out loud felt odd.

A soft chuckle escaped his lips. “It’s not really. Just a name we were given to make us sound more important than we actually are. I’m a beta tester for a company called Radical Interactive. At least, I was,” his voice trailed off. That was a lifetime ago, it seemed. Almost a distant memory.

Janine’s mouth fell agape for a moment. “Did you say Radical Interactive?”

“I did. Have you heard of it?” Azure perked back up.

Her hand went to her chest. “I work there, too.” Then her eyes fell away from him. “That's an odd coincidence.”