The Realm Between: House of Horrors: A LitRPG Saga (Book 10) by Phoenix Grey

Book 10 in The Realm Between 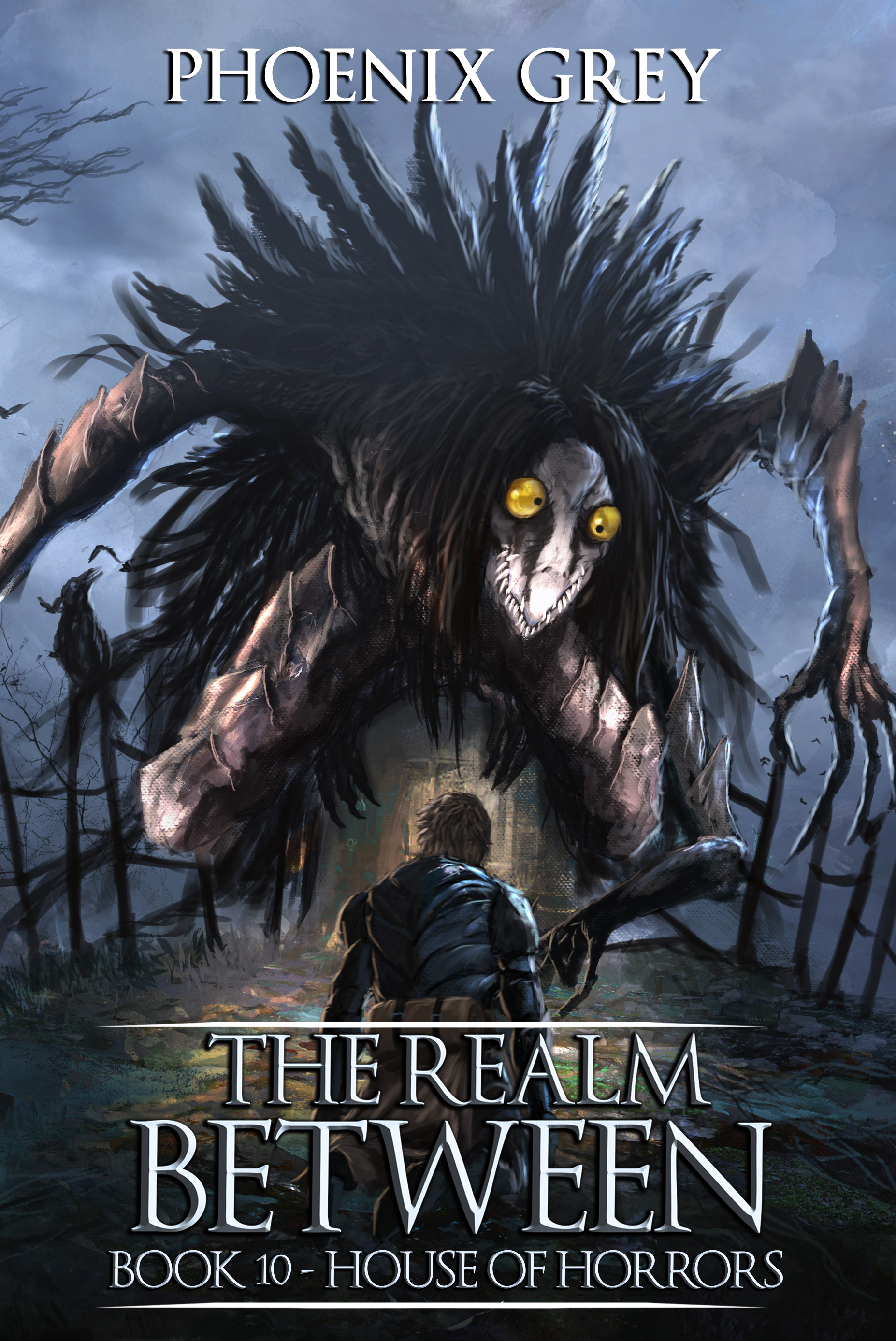 What has a beginning but no end?

Azure and his companions face their greatest challenge yet as they're put through Luuq's Fun House. Looking in a magic mirror, many are surprised by what they see. Separated and forced to endure personal trials of their own will be less harrowing than what happens when they're brought back together. And Azure discovers that no party ever meets the God of Death without paying the ultimate price.

Will Azure live or die? And what's Jin's true identity? Everything comes to a head in this exciting conclusion of The Realm Between.


Jin was silent for a moment before drawing back and shaking his head. Still, he continued to move along the wall, investigating for any sign of a secret door.

“Are you guys going to help me or just stand there?” he barked at his companions, forcing them into action.

“I really don’t think we’re going to find anything,” the old knight said, only half-heartedly examining one of the four walls.

Jin paid him little mind. Once the elf was done scouring his wall, he went to check out the sofa. Looking under it, upturning the cushions, and even cutting them apart brought them no closer to escaping the room.

“Sometimes a couch is just a couch.” Rerdam watched Jin with the faintest hint of disapproval as he sliced into one of the sofa cushions with a dagger.

“And sometimes it’s not,” the elf shot back, equally irritated.

Finally, there was nothing left to search or destroy, and they were left just as puzzled as they had been when they’d first entered the room.

“Well, what now?” Azure asked, feeling the beginnings of claustrophobia kicking in, even though the room was more than large enough for all four of them several times over. His issue was less with the space and more with the current fact that there was no way out. They might as well be in a prison cell.

“Now we wait.” The old knight sat against one of the walls.

“Wait for what?” Jin’s frustration was mounting by the second.