The Realm Between: God of Land: A LitRPG Saga (Book 7) by Phoenix Grey

Book 7 in The Realm Between series. 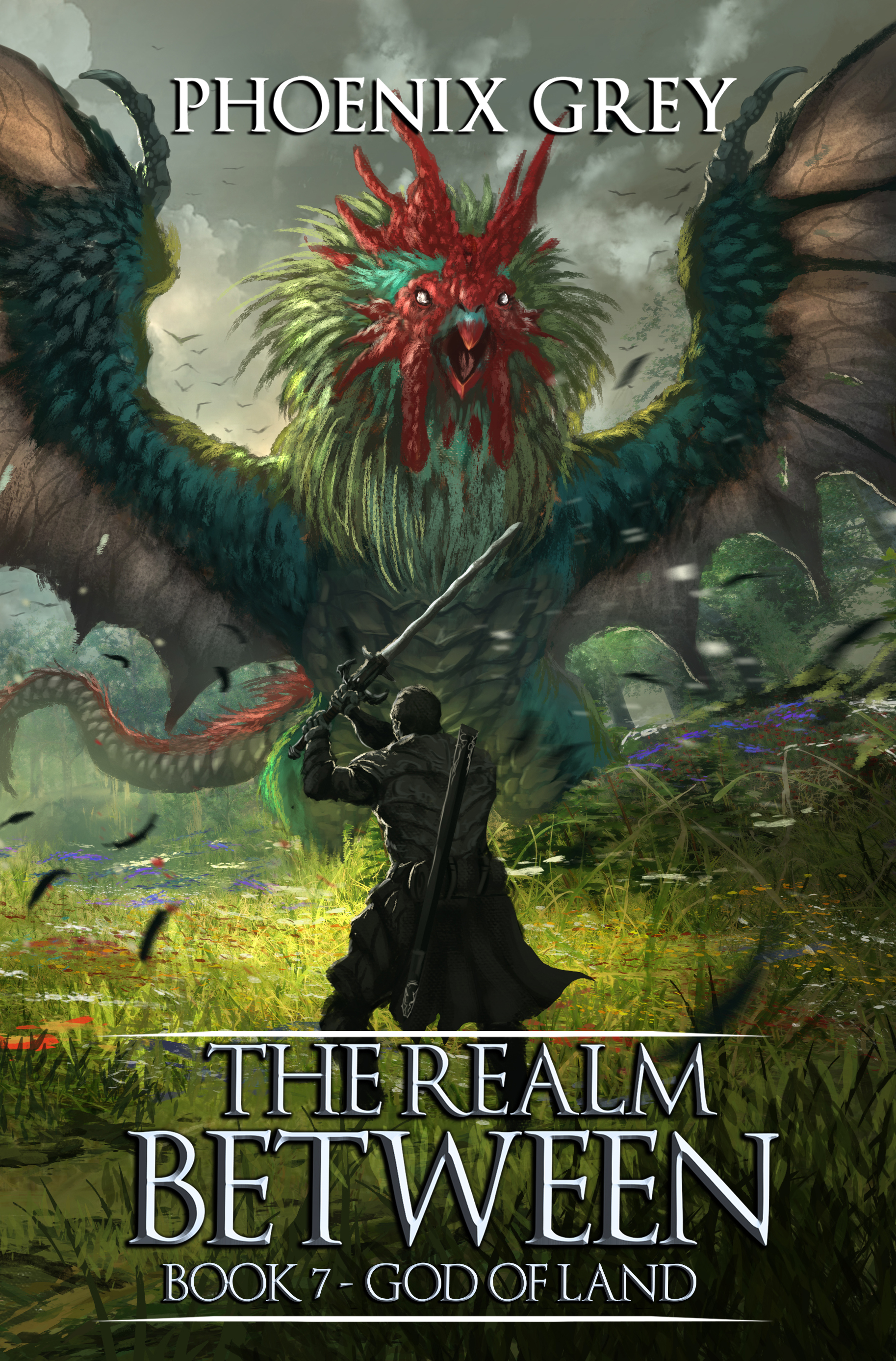 Azure and the gang discover the Keeper's identity and begin their ultimate quest of collecting all the Stones of Blessing. There will be more than a few hiccups along the way, though, literal ones.

A drinking quest has Azure and the gang testing their mettle against a bunch of ale swilling dwarves. Who has the highest alcohol tolerance? Find out in this exciting installment of the best-selling LitRPG series, The Realm Between.


This book is currently on pre-order but is expected to hit #1 in several Amazon categories upon release.


Azure exhaled a breath of disappointment and shook his head. “That’s suicide.”

“And returning to the dungeon isn’t?” Uden cast an annoyed glance in his direction.

“Someone else has to know about the Keeper.”

“Well, it’s Jin’s idea or mine, and neither of you is on board with my idea, so back to the dungeon we go.” Uden lifted his horn to his lips.

The sky had grown dark, and the bottom of Azure’s cup was long dry before the archer joined them. Though he wanted to get wasted, he didn’t want to have to deal with the nearly debilitating hangover that would come with it.

Luckily, the tavern had mostly cleared. Ten more horns of ale sat empty in front of the half-imp, and over the course of Azure spending the afternoon ignoring the advances that the barmaid kept making at him, she had somehow ended up on Uden’s lap. Azure hadn’t paid attention to how it had happened, nor did he care.

“It took you a while,” he grumbled at Jin.

“I was busy,” the archer replied before ordering some food. “Seems like you’ve been busy, too.” He cast a glance at Uden, who had barely noticed him and was whispering something undoubtedly inappropriate into the barmaid’s ears that made her cheeks flame, before returning his attention to Azure. “Did you get all of your shopping done?”

“I picked up ten Potions of Minor Stamina,” Azure replied.

“And you?” The archer turned toward the half-imp.

“I saved my money for ale, you droll sod.” Uden frowned at Jin before slapping the barmaid on the ass to send her away.

The archer inhaled deeply, perhaps to stop himself from saying something he might regret. Instead, he replied, “Of course you did.”