The Realm Between: A LitRPG Saga (Books 1 - 3) by Phoenix Grey

The first 3 books in an epic LitRPG series. 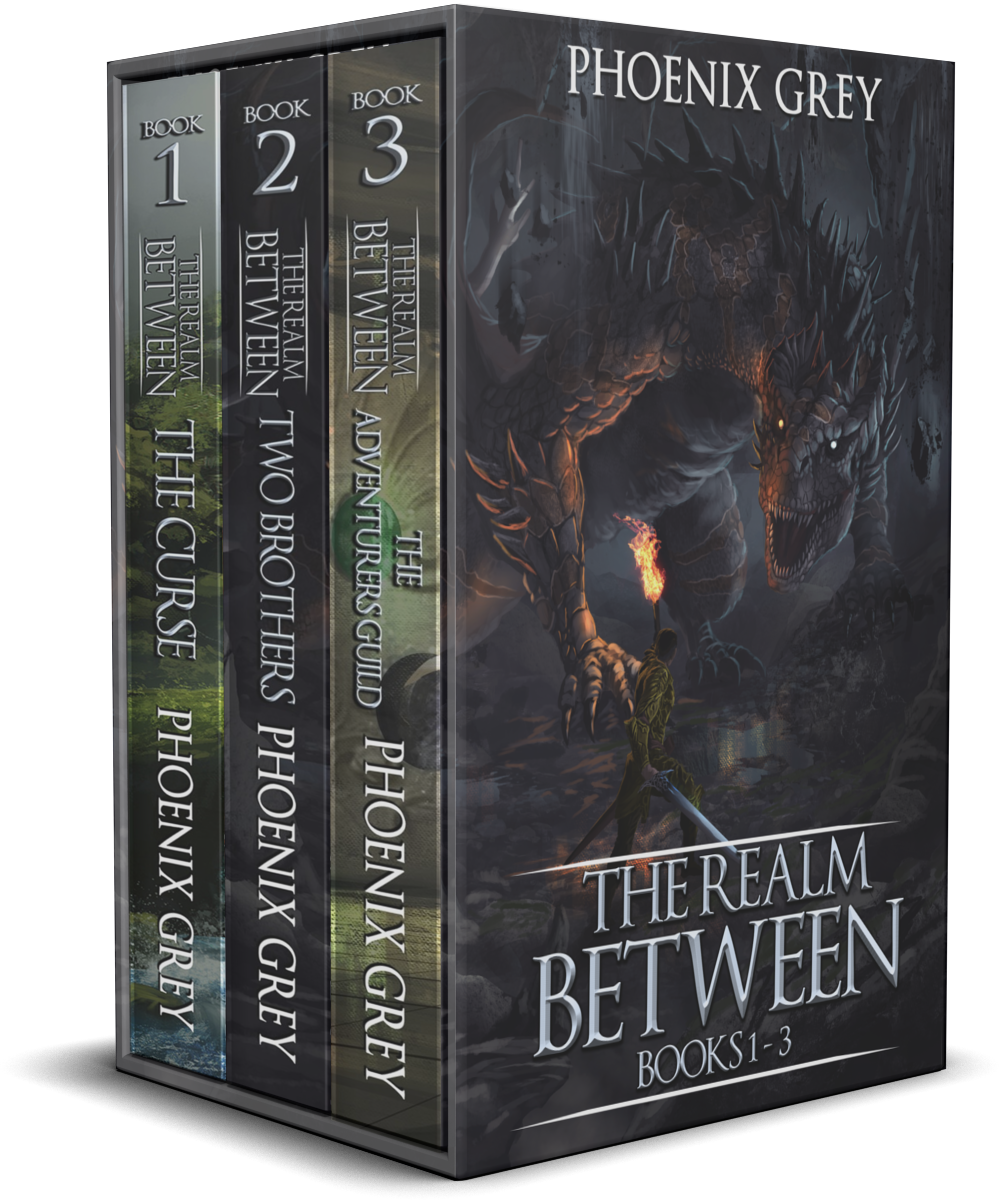 What you won't get:
⭐OP main characters. Azure = level 1 noob.
⭐Rainbows and butterflies. Actions in these books have real-life consequences for the characters, and your favorite person may die. You have been warned.

The individual books in this series have been in the top 100 of many categories on Amazon, and book 1 was curated by the great Zon for a special promo, which means that it probably doesn't suck! And now for the actual blurb...

Will refused to admit to the HR lady at Radical Interactive that he’d never played their debut virtual reality MMORPG The Realm. From what he’d seen in videos and heard from reviewers, the game sucked. With the company’s failed attempt at entering the gaming industry, they switched their sights to focus on smaller scale educational programs.

Being a beta tester for Radical Interactive was not the dream job that Will had envisioned, but he had hoped it would get his foot in the door to one day becoming a graphic designer for the company. As he filled out his new hire paperwork, he never realized that he was literally signing his life away.

Now a phenomenally successful company, Radical Interactive was secretly working on something behind closed doors that would change both the medical and gaming industries forever. The Realm was reborn. The only problem was that it wasn’t a game—at least not to those trapped inside.

Dumped into a fantasy world filled with nightmarish monsters, awe-inspiring magic, and way more walking than Will thought he was physically capable of as a nerdy desk jockey, he has to navigate the perils of The Realm and unravel the mystery of how he came to be here and how to get out. Fantasy meets real-life consequences in a game that could mean the difference between life and death. But first, Will must get over being a noob…

*This box set contains the first 3 novels in this epic gamelit saga.


This book is currently in the top 100 in multiple categories on Amazon.


"You wanted to talk?" he said, just wanting to get to the meat of the conversation.

Really? Do we need to have this meaningless bit of chatter when you're about to drop a bomb on me?

"Oh. I'm sorry," Sheila's voice trailed off solemnly. Will could detect traces of guilt, and he half expected her to..."We can talk about this later if you'd like."

There it was. Even at her worst, there was usually a sweetness to Sheila. At least he knew she still cared about him to some extent.

"No. It's fine. Same as all the other days really," he lied, trying to alleviate some of her stress and get her to say whatever it was she needed to say to him.

"Are you sure it's all right?" Now she was just stalling.

"It's fine. Just say what you need to say." He gestured in a circular motion.

There it was. The icing on his shit cake. The brown swirly, smelly icing.

"I might lose my job," he blurted out, hoping it would turn things around.

Sheila was silent for a moment, digesting what he had just said.

"I'm sorry." She didn't sound happy about the implication that he might be coming back. Will wasn't sure if it was because she was feeling sorry for him, but that's what he chose to believe.