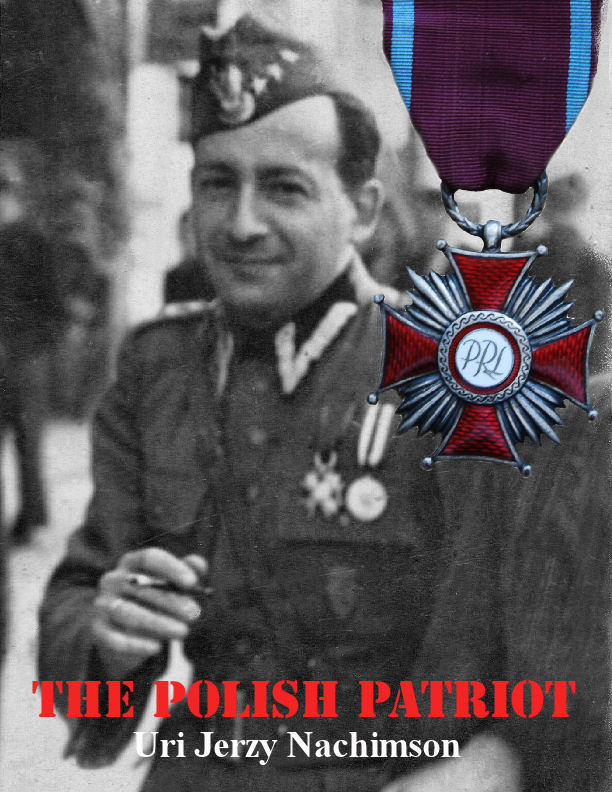 A Polish patriot, who renounced his country, which had betrayed him and his people.

Jews had lived in Poland for nearly one thousand years and helped shape its culture and industry. His family was well endowed with professionals. His father was a distinguished lawyer who worked for the Ministry of Finance.

The war destroyed his world, interrupted his dreams and forced him to deal with new realities.

His loyalty and love for the old Poland that he knew so well slowly began to fade when he discovered that his nationalism was based on misconceptions about his Polish “brethren.” The Nazi occupation gave his Polish neighbors a golden opportunity to get rid of the “Dirty Jews” and enabled them to steal their property. Many readily collaborated with the Nazis during the war, and there were even those who killed many survivors after the war.

Although he unwillingly renounced his old homeland, nevertheless, he loved its culture and lived as a Pole in his new country until his death at age ninety-three.


”Doctor, you are the hero here today.”

I turned around and saw the nurse who had helped me during the surgery, smiling at me.

“Where is the patient?” I asked.

“Follow me,” she said and led me into a side room.

The patient was lying on a high cushion with his eyes smiling as he indicated with his fingers the letter V. It was obvious that he still had some pain; nevertheless, he seemed happy and had no more fever, which in itself was a major achievement.

Two weeks later, we removed the splint. With great effort, he was able to open his mouth and also managed to close it with an almost perfect bite. The surgery had been a success. A week later, the patient was eating and chewing soft foods, which delighted him.

The news spread all over the region. Dozens of villagers came to the clinic and many brought family members suffering from various facial distortions, some that they had had from birth and some the result of an accident. We made a poster written in large letters, which said that we only treat those who were wounded fighting for the homeland. From that time on, the harassment stopped.