The Only Girl Left Alive by Susan Lund

Michael and Tess try to solve a crime from two decades ago, one that ties them together. 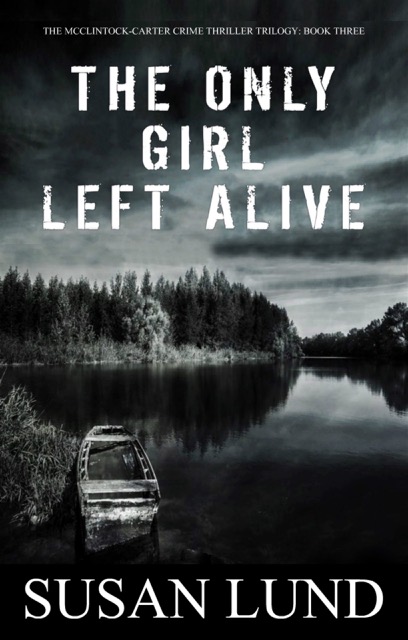 A serial child killer plays with authorities and plans his next kill...

Investigative reporter Tess McClintock and FBI Special Agent Michael Carter track down clues in the most important cold case to them both -- the disappearance of Tess's friend Lisa Tate, who went missing from Michael's back yard almost twenty years earlier. Working together, they uncover evidence that suggests a different killer than the police and FBI have identified.

One mistake by the killer leads Tess to take risks to find out the truth, putting herself in danger

The chilling conclusion to the McClintock-Carter Crime thriller series, THE ONLY GIRL LEFT ALIVE follows Tess and Michael as they search for the truth about the case that links them together and which sent them both on the path back to Paradise Hill.


The old man had no damn idea.

There he was, a cop his entire life, and he was sitting across from the biggest case he and his tiny Washington State police department had ever seen.

Chief Joe sat there stuffing his face with his double cheeseburger and never had a clue that the man he wanted, the man he and his gang of useless drones were looking for, was sitting right in front of him, gathering intelligence and planning his next kill.

"You sure love those onion rings," Eugene said as his adopted father shoved another one into his mouth. Grease had pooled in the corners of the old man's mouth, and some juice dripped down his fingers from the burger. Eugene had to suppress a shudder of disgust. The old man really was a pig, when you got right down to it.

"That I do, but don't tell your mother," his father said. "She's trying to get me to lose weight eating a bunch of leaves and twigs. Beet juice. Can you believe it? She's got me drinking beet juice. Sick to darn death of lettuce and carrots."

"You need a good burger now and then, or what is life worth?"

"My thoughts exactly," his father said. "You gotta enjoy your life or you might as well just swallow the barrel of your gun."

"But she's just looking out for you," Eugene said, wanting to defend his mother so he appeared to be a good son.

"I know," his father said before stuffing another greasy onion ring into his face. He grabbed the chocolate shake and took a sip. "She says she wants me around for a long time. Who am I to argue? But now and then a good cheeseburger is just what the doctor ordered."

"It is," Eugene replied.