The One by Lorhainne Eckhart

She’s lost everything. He believes she’s despised him all his life. A tragic mistake could be their only redemption. 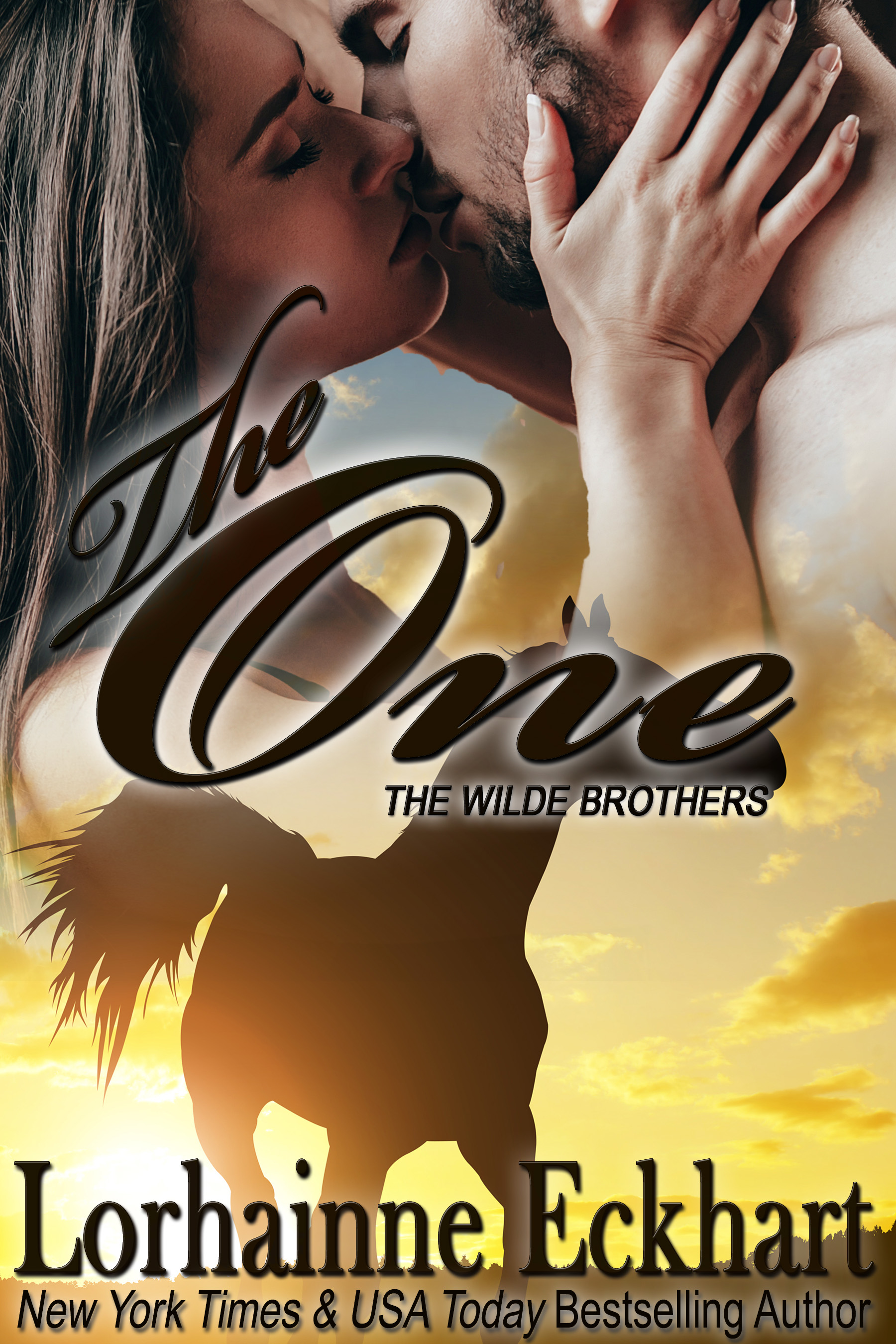 You never know when you'll suddenly meet The One!

In THE ONE, Margaret Gordon was once a prominent Seattle surgeon, and after an accident returns to her hometown, the perfect spot to hide out from everyone and to lick her wounds, with no one around but her horse.

Margaret never considered herself a horse person. But when the now-widowed Joe Wilde drives in one morning with a teenage boy and a horse with a problem, Margaret turns into that klutzy teenage misfit that silently carried a torch for Joe all through school. But when smooth-talking Joe convinces Margaret into working with the temperamental horse, sparks fly and sizzle between them. Only Joe believes Margaret has despised him all his life, and when life throws Joe a curveball he soon finds out the right woman he’s been looking for has been there all along.

Can Joe and Margaret put aside their differences and realize that the other is, The One?

Currently book 1 of a big family romance series that now spans three series. This title is sold at all online retailers.

**Please note: All Translators must be part of an actual team which includes an editor and proofreader, do not use a proofreading program.  Also the translator/team will need to collaborate with me to market and promote for that region, including assisting with translation of language specific newsletter, social media promotion which will include using quotes/ quote pics and teasers from the book for promotion. The success of my books to date has everything to do with my strong marketing platform.


Margaret Gordon leaned against the splintered front steps, watching the sun rise from the privacy of her front yard. There were only two things that could have irritated her as she stood outside the older two-bedroom farmhouse she’d inherited from her grandfather—which she still found odd, him leaving everything to her and not her mother, who felt slighted. The first thing was the possibility of having her morning coffee interrupted by anyone, and the second was the sight of an uninvited guest, driving a dark blue truck spewing dust and gravel down her very private driveway.

The large four by four pulled in, stopping a few feet in front of her. Margaret froze. Instead of turning, running back into the house and slamming the door, she found herself rooted to the spot, suffering a sudden lapse of basic social skills. Her eyes widened, and she stared in horror as a tall, dark-haired man dressed in a tan barn coat and blue jeans stepped out of the truck. His wavy hair was a little shaggy, falling just past his ears and flickering almost black under the early morning sunlight. He was handsome, with a square jaw and the kind of body a woman would never tire of…and he was staring at her now with an unusual amount of interest.