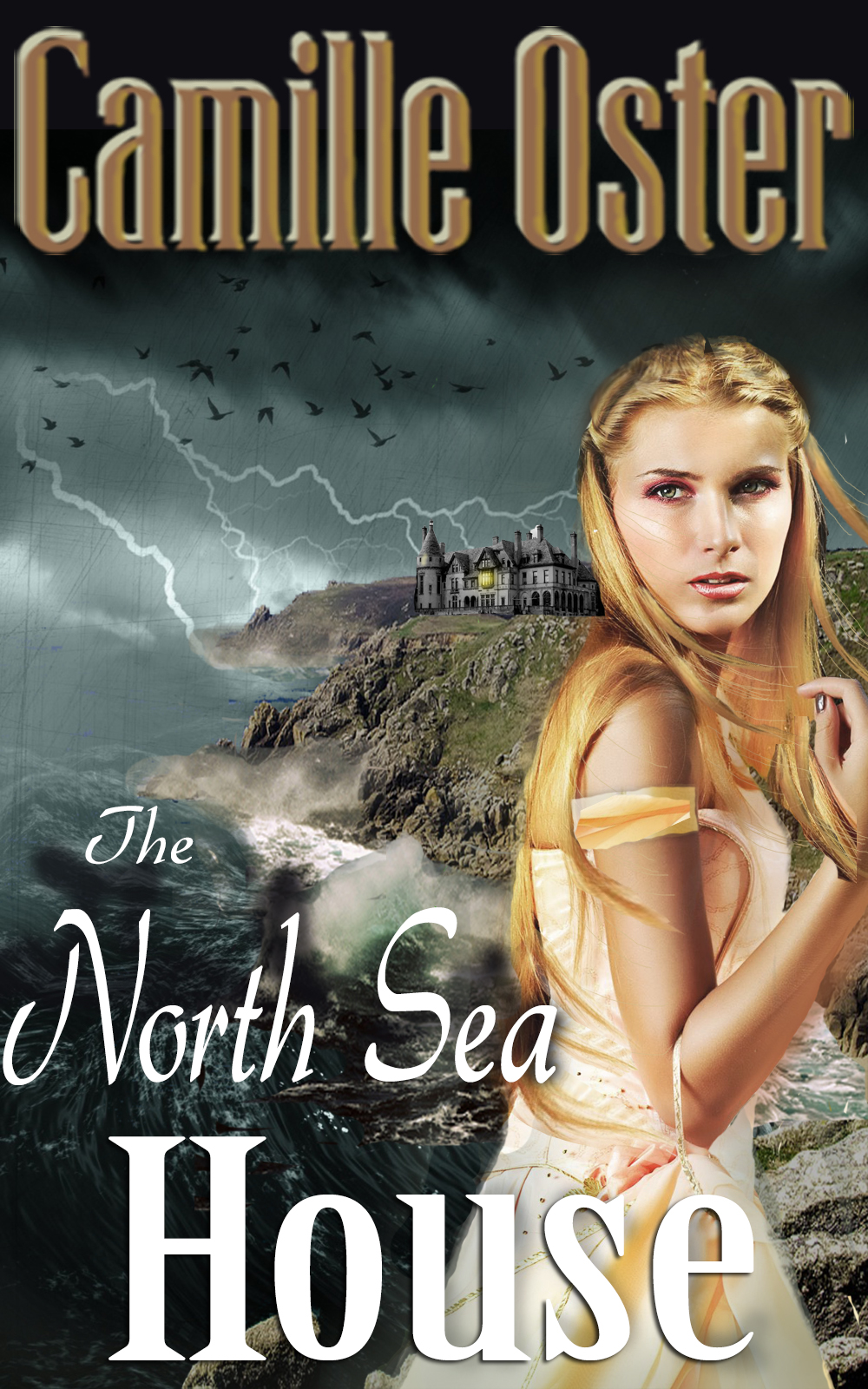 Inheriting a fine house is a blessing, even a house along the wild and unruly coast of the North Sea. Along with her brother, Vivienne Harcourt joins their friend Archibald to take possession of the wind-swept property, seemingly at the ends of the earth. Also attending the house party is the mysterious and withdrawn Lord Routledge, whose detached presence makes Vivienne both unsettled and curious. Under the watchful gaze of the previous owner’s portrait, the dour Miss Trubright, the house’s isolation frays nerves and tests friendships, and true characters emerge.


Since launch, this book has been my best seller. It is consistently ranked within the top 150 for Gothics.


"WILL IT EVER STOP RAINING?" Sophie complained and shifted her skirts. "Nothing ever feels properly dry."

The carriage shifted and Vivienne reached out to brace herself against the wall. The roads were increasingly rough and the carriage was at times swaying wildly. Condensation ran down the inside of the windows and there was nothing but bleak grayness beyond.

"Yes, thank you, Lewis. I needed that explained to me."

With an eye-roll, Lewis reached into his coat pocket and pulled out a beaten paper bag with his hardboiled sweets. "Anyone?" he asked, offering it, but received no takers. Putting one in his mouth, he returned the bundle into his pocket and resumed his vigil out the window.

It had been hours and they'd traveled for days—out to a part of the country Vivienne had never been to before. While Sophie and Lewis both lamented the rigors of travel, Vivienne loved visiting new places. Her family had never traveled much as she'd been growing up and she enjoyed the freedoms she was now given, provided her brother, John, was with her. If not for him, none of this would be possible for her.

"I dare say I smell salt," John said. He was eager to arrive. His foot had been bouncing up and down for the last hour. "We must be getting close."

"I can't believe Archie talked us into coming all the way out here. In the middle of nowhere, I swear. He can't mean to live out here, surely."

Excitement bubbled up within Vivienne. Although she didn't want to admit it, she'd never been to the seaside. They'd been to Bath a few times, and even Cheltenham. Mostly they simply stayed in the house in Somerset, often during winter as well.