The Noise of War by Vincent B. Davis II

A Novel of Ancient Rome

The only survivor of a brutal battle, driven by a desperate need to see his family again 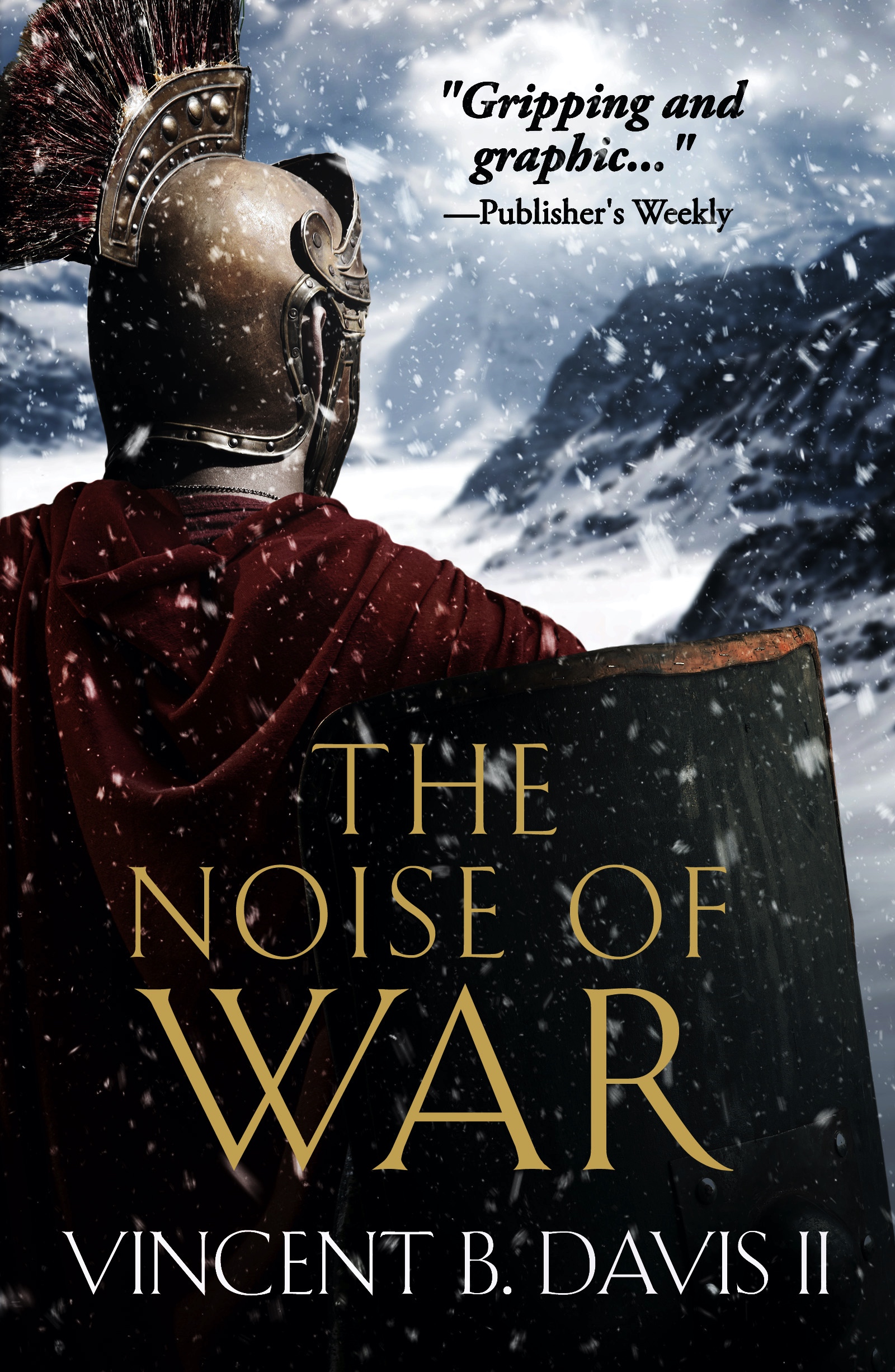 ome, 105 BC. Quintus Sertorius fought while the enemy slaughtered 90,000 of his brethren in the city’s bloodiest defeat. Battling night terrors and survivor’s guilt, he vows to preserve his beloved Rome and embarks on a covert mission deep into enemy territory.

Sertorius grows his beard and disguises himself in the garb of a Gaul, all the while his stomach churns with fear of discovery. But in order to gain vital information about the invaders, he must sink deeper into their ranks. As he uncovers the depths of the barbarian’s depravity he alone will have to rise to Rome’s aid.

Will Sertorius avenge his comrades and reunite with loved ones, or will the next massacre mark the end of the Republic?

The Noise of War is the second book in the best-selling Sertorius Scrolls historical fiction series. If you like vivid backdrops, the courage of conviction, and a fight for survival, then you’ll love Vincent B. Davis II’s compelling saga.


Has been a best seller on Amazon in the years since it was published, and has sold multiple copies daily since 2018.