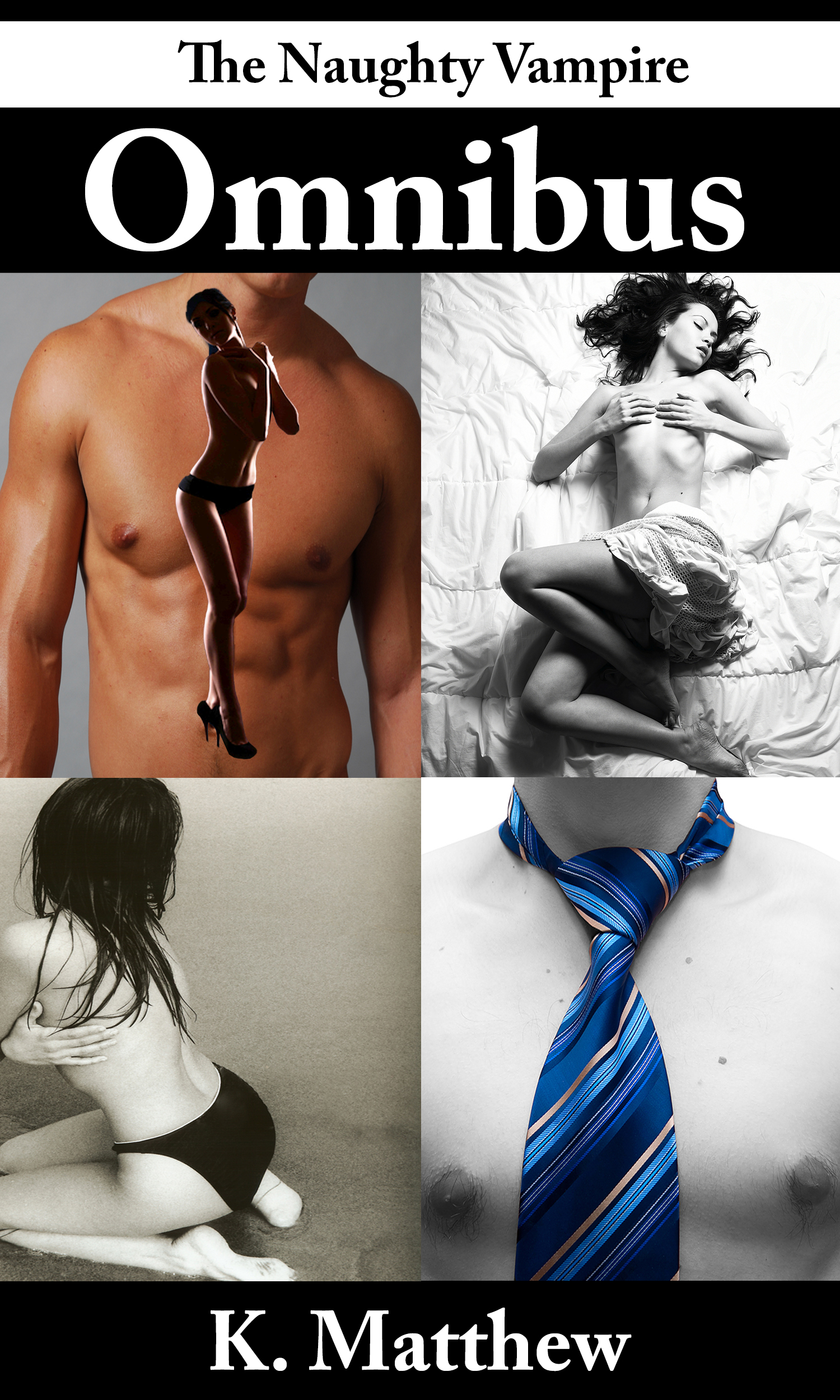 Stories in this Omnibus include:

Annabel's First Time: There are many lessons to be learned as a vampire, and Annabel is in training to learn how to give men what they desire. With a dominant master eagerly willing to show her the ropes, Annabel must first shed her purity in order to become the predator that is her vampire nature.

Naughty Forever: Annabel scores a hot lay at the National Fitness Instructors Certification course where she meets Adam, an athletic boy who is also looking for something more than just getting certified. As the thralls of passion overtake them and Annabel succumbs to his gentle touch, will she be able to take him on as her first solo victim?

Shy Lover: Eric introduces Annabel to a lesson in 'seduce and kill' by bringing home sexy scholar Samuel. But when Samuel gives Annabel more pleasure than she could have ever imagined possible, doubt begins to creep in that she can finish him off by taking his life.

Sexy Nerd: When Annabel takes a much dreaded trip to the library, she ends up picking up more than a good book. Will sexy nerd Nathan be the Superman that she's been waiting for?


Annabel's palms began to sweat in anticipation of what was soon to come. The taking of her virginity had been planned since the beginning of the week. Though she was given plenty of time to mentally prepare herself for it, it somehow wasn't enough.

Annabel had always considered her body to be sacred, a ground that she had left untainted in hopes of being taken by a man whom she loved in a fit of passion on her wedding night. How things were really happening, wasn't at all as she had planned. Eric wasn't her husband; he was her master. But how more married can you get than to be bound to someone for eternity.

He could sense Annabel's tension, and gently rubbed her shoulders for comfort. “Calm down. I promise that I'll be as gentle with you as possible, this first time.”

She tried to relax, but it wasn't possible. Annabel knew that within the next thirty minutes, Eric would be inside her, stretching her virgin hole until it bled out all over his thick cock. The fear of the pain couldn't hold back her moistening at the thought.

“Let's start with kissing.” He smirked as he read Annabel's thoughts and then caressed her cheek with his hand, leaning to press his lips against hers. She parted her mouth obediently, letting his tongue intrude. The sensation of his kiss was not unfamiliar to her. They had done plenty of kissing, especially on nights when they had a particularly good hunt. For some reason, looking into Eric's eyes as he drained the life from his victims aroused Annabel beyond belief. It must be the sight of him dominating his victims, she thought. But it wasn't until now that she realized she was feeling the same sensation with the thought of him dominating her.