The Mummifier's Daughter - A Novel in Ancient Egypt by Nathaniel Burns 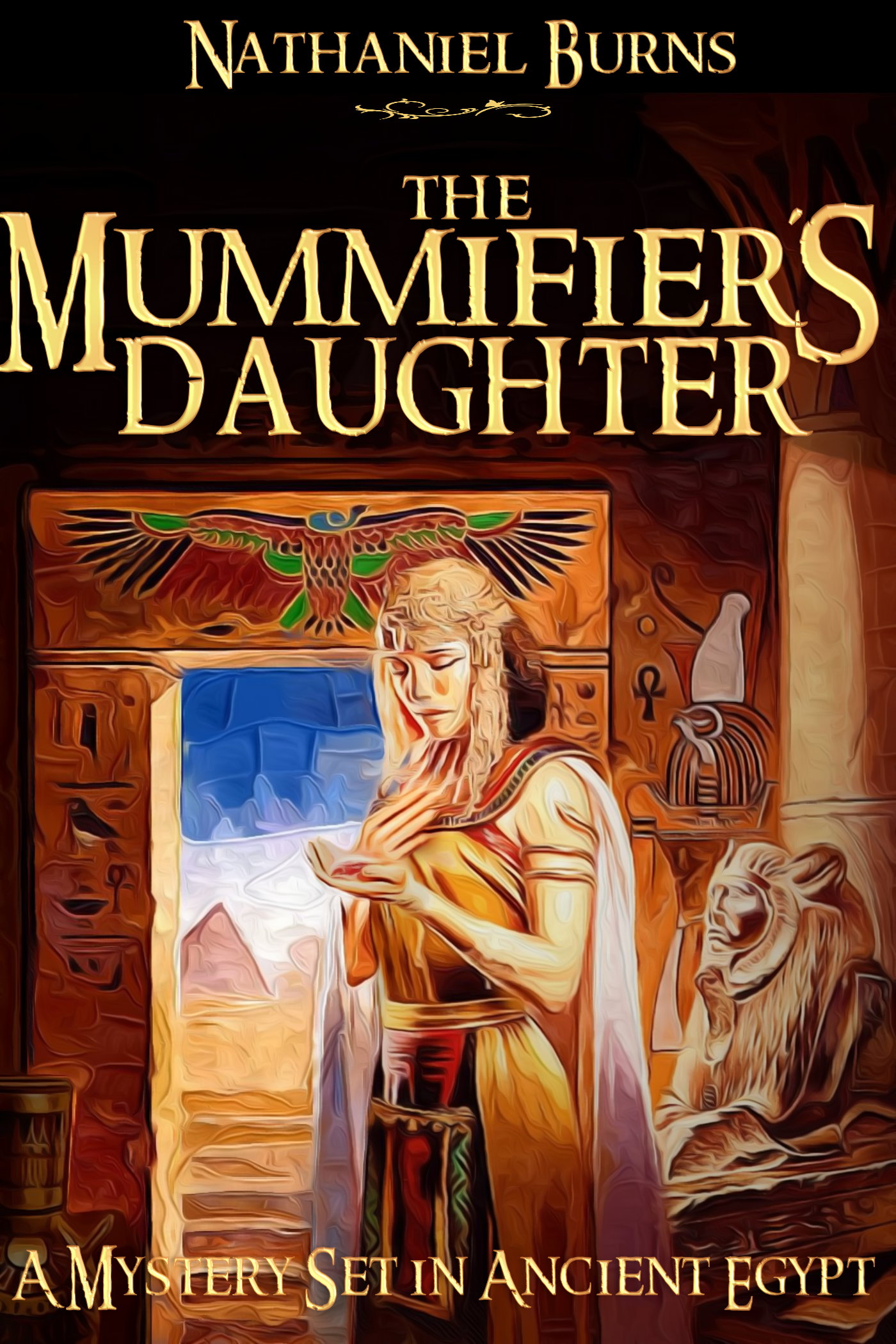 This is Young Neti-Kerty‘s dream: To follow in her father’s footsteps and become the first femalemummifier in Thebes.

Shabaka, the secretive Prefect, the Pharaoh’s special envoy charged with combating crime in the capital of the Pharaoh’s empire, also often makes use of Neti Kerty’s special talents. With her powers of deduction and knowledge of the dead, she has already helped solve many crimes.


But then the unimaginable happens. Her parents are cruelly murdered, and Neti-Kerty’s small, idyllic world shatters. Together with Shabaka the Prefect, she embarks on the search for her parents‘ murderer. Surviving many shared adventures, they stumble upon a monstrous conspiracy...


The Mummifier's Daughter carries us back to a land steeped in gods, god-kings, ritual and magic. It paints for the reader a detailed picture of Pharaonic Egypt in all its shadowed glory. Faithfully recreating one of the most remarkable eras in Egypt’s history, bestselling author Nathaniel Burns weaves a shudderingly ominous tale of ancient Egypt’s mysteries with a cast of characters the modern reader will recognize even though millenia have passed.

So light up the incense, sit close to the light and draw back the curtains on the shadowed past with this gripping tale of love and intrigue among the living and the dead in one of history’s most intriguing civilizations.


Neti-Kerty made her way along the well-trodden dusty road, following the young boy who Shabaka had sent to fetch her. The sun had already set, casting a pale red glow over the city. The shepherds will be relieved, they will have a peaceful night, she thought as she followed the boy along the surprisingly empty street.

The young boy almost seemed to be skipping in front of her, his tanned skin glowing in the twilight, his movements rattling the bracelets and necklaces he wore: their bulk indicated that he was the eldest son in his family. His hair was shorn in the usual right sided side-lock, and his bare feet hardly seemed to touch the still hot road as he proceeded along it.

She could feel the heat of the road through the soles of her reed-woven sandals, as she followed him up another pathway and into the more affluent neighborhoods of Thebes. The heat released by the mud-brick buildings, along with that from the roads, became oppressive on most days, even for those acclimatized to the searing Egyptian sun. Even after sunset, it would take a while before the air cooled to more pleasant temperatures.

The scents of coriander flavored flatbread, beer and fried meat permeated the air around her as she made her way through the area where most of Thebes’s merchants and traders lived. They would be entertaining guests, or possibly courting, unlike her, who had to tend to yet another of Shabaka’s requests. Not that she minded, it just seemed that he was calling upon her more often of late.

She hastened to follow the boy, having lost her train of thought for a minute to the alluring scents surrounding her. She had not yet had time to eat, as she had spent most of the day assisting her father, who was aging and no longer as agile as he used to be, with the wadding of two bodies.