The Moon Dwellers by David Estes

Set five-hundred years in the future after a cataclysmic event has forced humankind underground, two teens from very different backgrounds are thrust together in the midst of a rebellion. 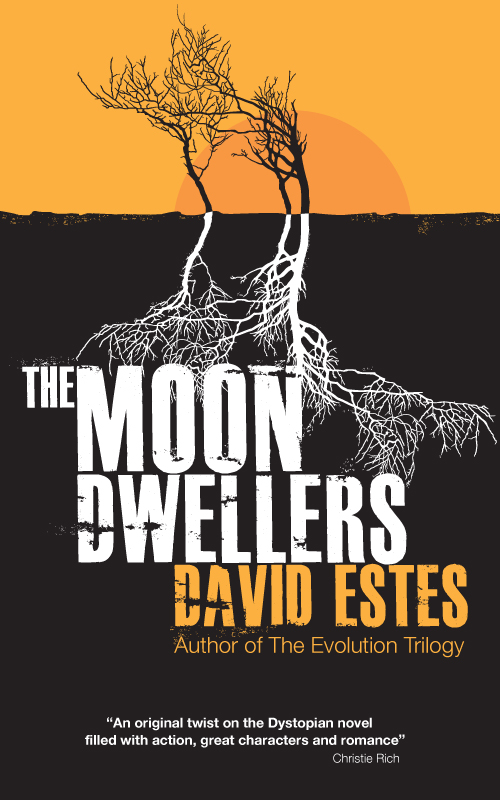 In a desperate attempt to escape destruction decades earlier, humankind was forced underground, into the depths of the earth, creating a new society called the Tri-Realms.

After her parents and sister are abducted by the Enforcers, seventeen-year-old Adele, a member of the middle-class moon dwellers, is unjustly sentenced to life in prison for her parents' crimes of treason.

Against all odds, Adele must escape from the Pen and find her family, while being hunted by a deranged, killing machine named Rivet, who works for the President. She is helped by two other inmates, Tawni and Cole, each of whom have dark secrets that are better left undiscovered. Other than her friends, the only thing she has going for her is a wicked roundhouse kick and two fists that have been well-trained for combat by her father.

At the other end of the social spectrum is Tristan, the son of the President and a sun dweller. His mother is gone. He hates his father. Backed by only his servant and best friend, Roc, he leaves his lavish lifestyle in the Sun Realm, seeking to make something good out of his troubled life.

When a war breaks out within the Tri-Realms, Tristan is thrust into the middle of a conflict that seems to mysteriously follow Adele as she seeks to find her family and uncover her parents true past.

In their world, someone must die.


The English-version of The Moon Dwellers has sold more than 10,000 copies worldwide. The 7-book series has sold more than 40,000 copies, many of the books, including The Moon Dwellers reaching the Amazon top 300 sellers. I hope to translate the entire series into as many languages as possible. Additionally, this series was listed amongst many bestsellers on Buzzfeed.com's "15 Series to Read if You Enjoyed The Hunger Games".

Clay dishes and pots are smashed to bits as the Enforcers sweep recklessly through our house. There are more bodies in the tiny stone box that I call home than ever before. The walls seem to be closing in.

It takes three bulging Enforcers to subdue her kicking legs, her thrashing arms. For just a moment I am scared of her and not the men. I hate myself for it.

I realize my sister is by my side, watching, like me. I can’t let her see this—can’t let this be her last memory of the ones who raised us. I usher her back into the small room that we share with my parents, and close the door, shutting her inside alone.

When I turn back to the room, my mother is already gone, taken. Undigested beans from our measly supper rise in my throat.

My father is next.

The Enforcers jeer at him, taunt him, spit on him. As he backs his shoulders against the cold, stark, stone wall, five men corner him. Smart. They don’t underestimate him.

He makes eye contact with me; his emerald-green eyes are hard with concentration. Despite the inherent tension in the room, his face is relaxed, calm, the exact opposite of his eyes. Run, he mouths.