The Miracle Maker and the Misfits: Two Supernatural Kingdoms and the Clashing of Swords by Dixie Koch

But, who is powerful enough to unlock Abby's heart and help her to believe for a miracle? Who cares enough to rewrite hope into the script of her miserable life? 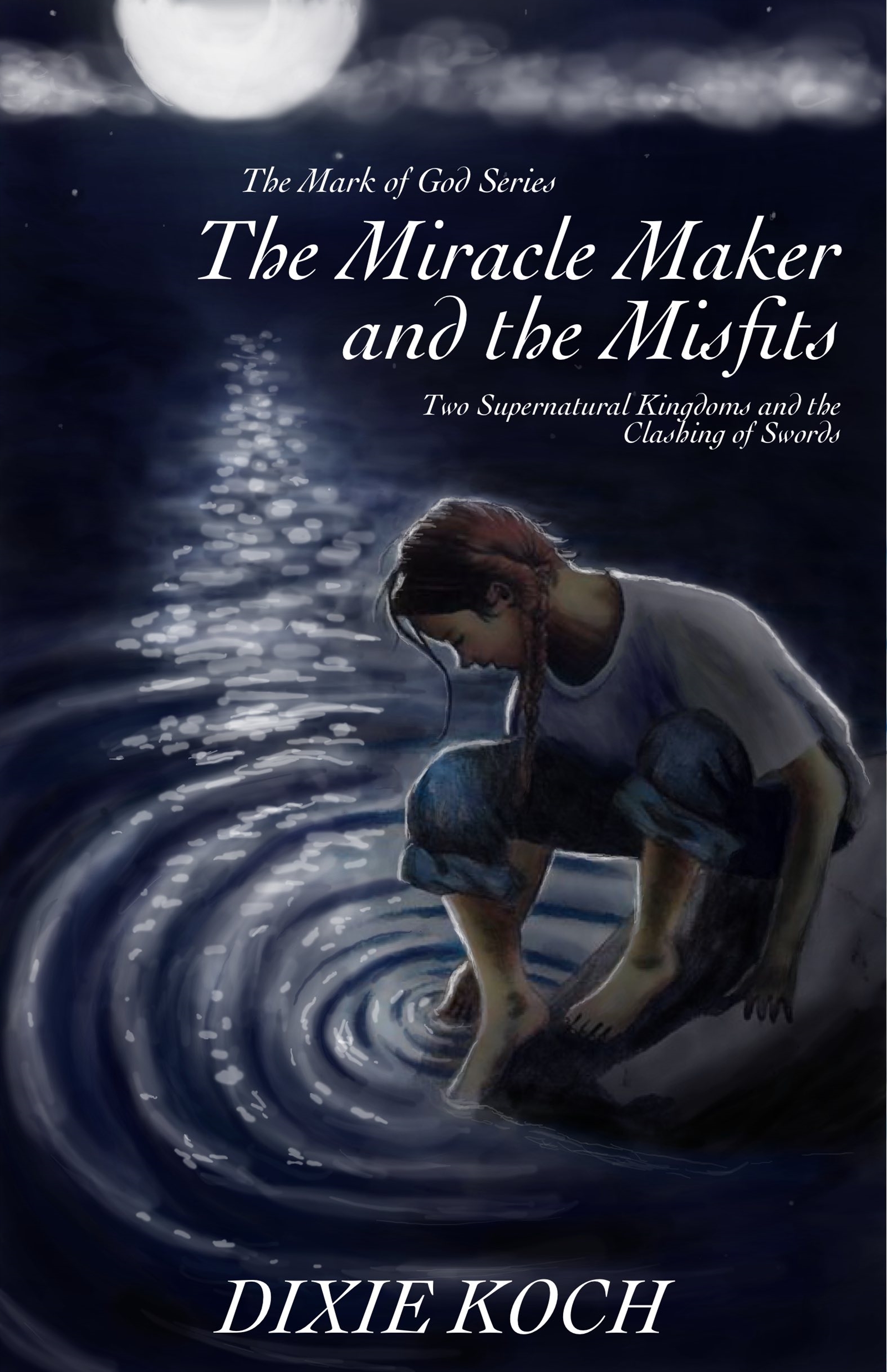 “Abby.” She felt his hand gently touching her shoulder. “Mom was murdered.”

"Charley!" Abby screamed, shooting off her chair. "Charley, what are you saying?" Her lips were spread thin in panic.

"Abby, I can tell you no more now, except that my father is a very dangerous man. For now we could all be in danger."

After years of separation, Julie had found peace and was excited to come home and be reunited with her crazed son, Charley, and her now grown sister, Abby.

But Julie never made it home.

When the shocking news of Julie's death forced Abby to her sister's burial, all of Abby's dreams laid in that pine box along side of Julie. Their childhood days remained locked up inside of Abby and in the journals Julie had left behind.

But Abby doesn't have much time to grieve, because when the Miracle Maker comes to the rural backwoods of Perjure County, he sets the young Charley free from legions of demons and ushers in a battle between light and darkness. Abby, a writer for the Edge Water Times, is assigned to follow this story, but she has no idea what this story will cost her.

Heart-shocking suspense follows Abby as she uncovers the truth of Julie's death. As a sinister plot develops and controversy explodes, John, an old mysterious hero of yesteryears, steps back into Abby's life. He and his friends are big believers in the Miracle Maker.

But, who is powerful enough to unlock Abby's heart and help her to believe for a miracle? Who cares enough to rewrite hope into the script of her miserable life?

Find out in The Miracle Maker and the Misfits.


This is a new book.

His home was a graveyard. No person could tame or restrain him, for he was very strong. He could pull the outward shackles in pieces with his own bare hands. But the chains that held him to his thoughts, he could not bend.

His is a true story (from Mark 5). He lived where dead people were buried. Day and night he was tormented and cried out in anguish. He bruised and cut himself with stones.

Then a great miracle happened. Someone bigger than the voices of lies stepped into his life. Those chaining him to such emotional misery and shame were commanded to leave by the greatest voice of authority, truth, and power. The demons behind the lying voices were rushed into a herd of swine, causing the pigs to run violently into the sea and drown.