The Memory of Water by JT Lawrence

Slade Harris will do anything for a story, including murdering the woman he loves. 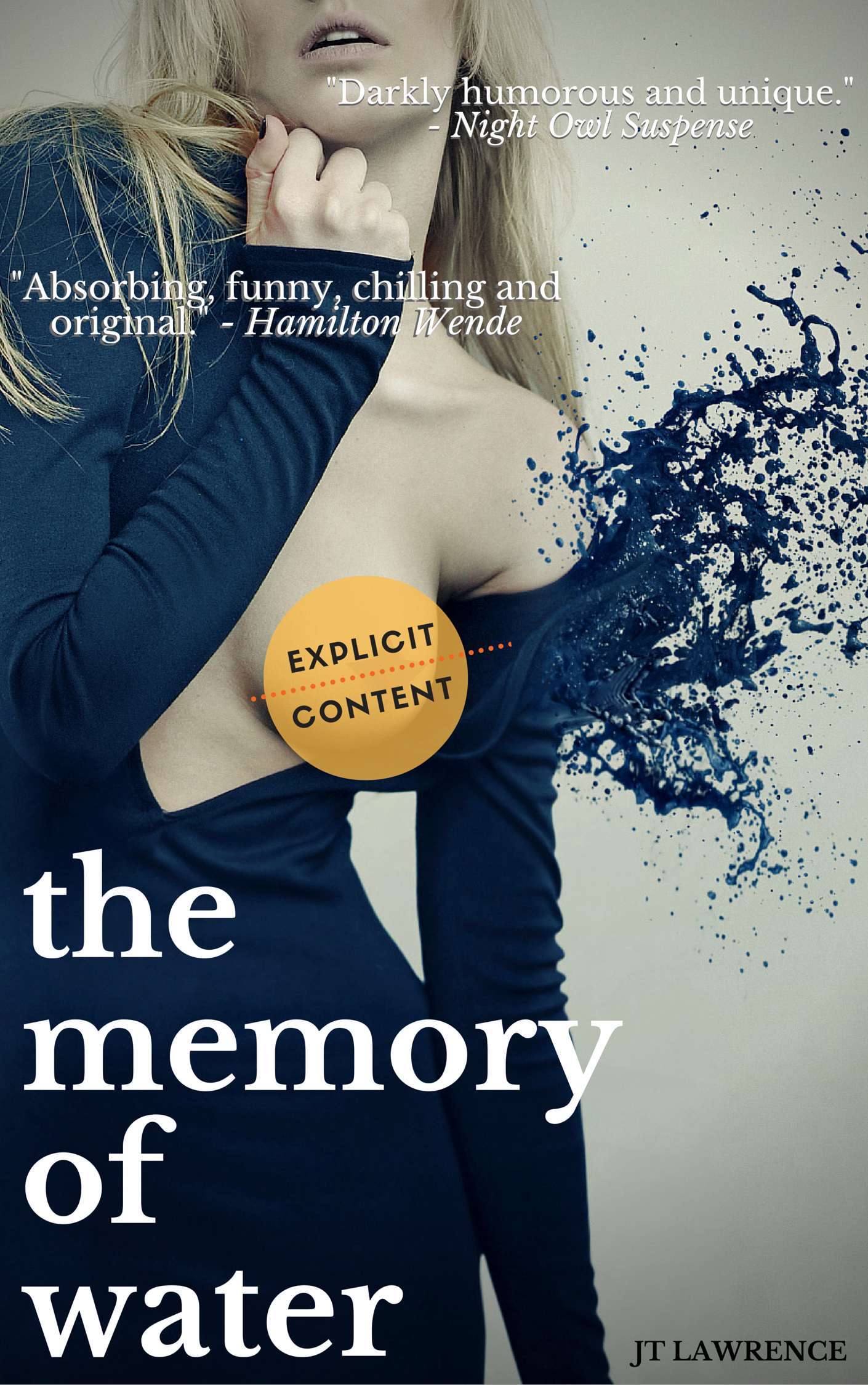 Slade Harris will do anything for a story, including murdering the woman he loves.

Slade doesn’t think twice about jumping out of a plane or conducting disastrous love affairs to gather material for his work, but his self-indulgent life is catching up with him. Stumbling through his late thirties hopeless and a little drunk, Slade has a dazzling, dangerous idea which will change his life forever. It’s going to be Slade’s ultimate story ... and all he’s hoping for is to survive it.


'The Memory of Water' was number 1 in Dark Comedy in the Amazon.co.uk free store for 8 months. It has had over 45,000 downloads. It has been optioned by our national broadcaster for a radio drama serial and will also be available as an audiobook in August 2017.


My little sister’s body was blue when they pulled it out of the river. Such a small thing, she was. Usually the shock of it would make one disillusioned, confused, blurry. Not me. I was startled into detail. Shocked into being the most alive I had ever been. Her sleeping lungs made mine gasp for air. I was electrified by the green of the river reeds, strangled by the summer air; everything else out of that moment was washed away by the gurgle of the persuasive current.

The men were taller than trees, the men who helped. They had heard my high-pitched flailing but not in time.

Afterwards, the grey tree-man couldn’t leave Emily lying on the ground. Cradled in his arms, her wet dress stuck, resolved, to her body. He tugged at it, as if to cover her, as if to shield her, but not in time. He was planted in such a determined way it seemed that he would never again move from that bit of land: a monument to lost causes. The other man sat on the bank, gulping, head wobbling on shaking knees. He had tried to revive her with a combination of violence and care, unsure how much the porcelain body could endure, desperate to get her drifting heart pumping. He went from savage breastbone-beating to gentle kisses and back again. Gasping, shuddering, all four of us dripped.

We waited for the screams in silence and dread.