The Marinara Murders by Erik Hanberg

A grown man living in his mother's basement must partner with his mom to solve a case and get back on his feet. 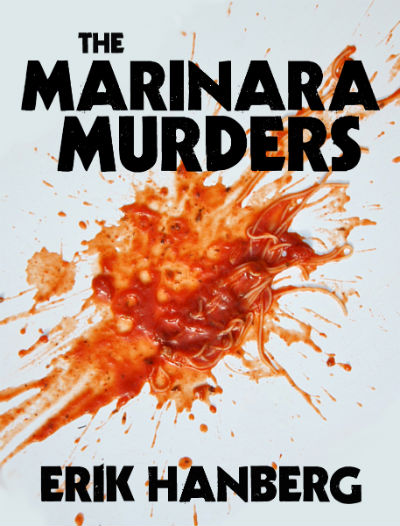 A grown man living in his mother's basement, disgraced detective Arthur Beautyman knows his life has fallen off a cliff.

But that doesn't mean he has to be happy about his mother's solution to his woes: volunteering him to solve a case for her favorite bridge partner.

The body of a young man who disappeared three years before is discovered drowned in an icy Minnesota late on the day of his father's restaurant grand opening. But he's only been dead for three days. Where has he been all this time? And what is the connection between his death and the new restaurant?

To get his mother off his back, Beautyman agrees to take the case. That's when he discovers she wants to be his partner on the case as well ...

With a recipe of unique cast of characters and terribly dysfunctional families, The Marinara Murdersseemlessly blends comedy and mystery into one very enjoyable read.


The Marinara Murders has more than 8,000 sales over the two years it's been available.

Some reviews from blogs:

"You will not be disappointed." - The Book Diva's Reads.

"In my world, filled with mystery novels, I felt like I hadn't read this one before." - Playing in the Pages.

"Again Erik Hanberg has produced the sort of book it is easy to get into and fly through." - TC Booked Up.


Arthur Beautyman sat unmoving in his mom’s basement, trying to ignore the hard thump of her heel on the floor above him.

Julie Diamond was Ruth’s favorite bridge partner. Since moving back in with his mother he’d noticed that Ruth tended to cancel Thursday bridge parties if she couldn’t have Julie across the table from her. He knew she was one of his mom’s closest friends, but he hadn’t warmed to her. Like the rest of his mom’s new friends, he felt she was an imposter—an older parody of the women he remembered visiting the house when he was a child.

But Beautyman was no longer a child. He was a 41-year-old man currently hiding from company in the basement. And even he was getting a little embarrassed by his mother’s shouts and stomps.

Beautyman pressed a key on the computer keyboard that sent his screen into lockdown. Now only a 20-digit password would unlock the computer. It would take the Feds, or anyone else for that matter, years to crack through the 256-bit cipher to gain access.

He stood and grabbed a ticket to the Vikings game later that night. It wasn’t for another couple hours but he would use the game as an excuse to leave if he needed to.

“There you are, Arthur. I thought you were ignoring me,” Ruth said as her son appeared in the doorway to the kitchen.

“I had my headphones on, Mom,” Beautyman answered. He kissed the top of her head and went to the cabinet. “Would you care for a drink, Mrs. Diamond?” he asked, pulling a glass out.

“Good heavens, she’s been sitting here for two hours and you think I haven’t offered her something?” Ruth asked.

“I’m fine, thank you, Arthur. Ruth made me some tea,” Julie answered.