The Little Voice: A rebellious novel by Joss Sheldon

Can you remember who you were, before the world told you who you should be? 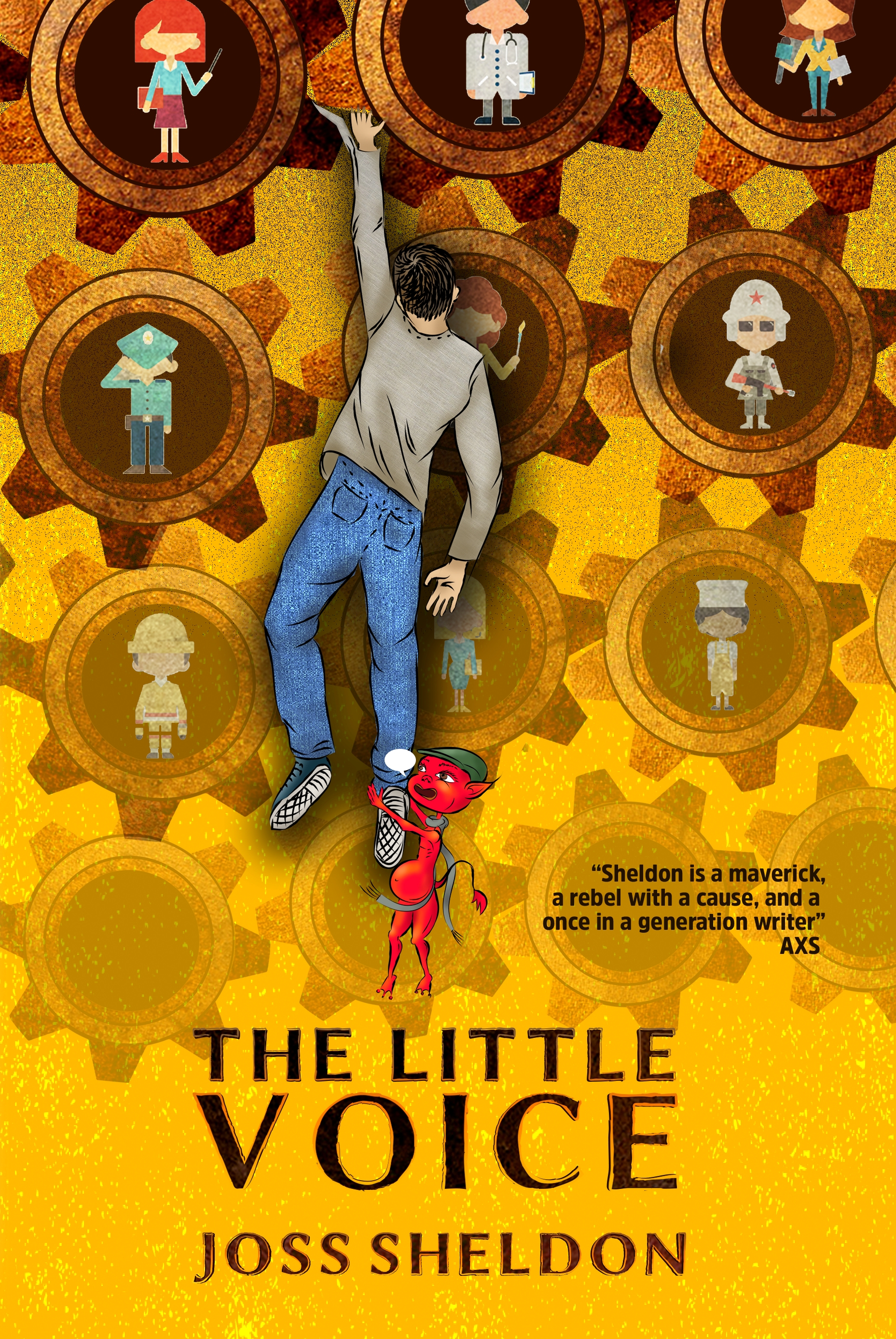 My character has been shaped by two opposing forces; the pressure to conform to social norms, and the pressure to be true to myself. To be honest with you, these forces have really torn me apart. They’ve pulled me one way and then the other. At times, they’ve left me questioning my whole entire existence.

But please don’t think that I’m angry or morose. I’m not. Because through adversity comes knowledge. I’ve suffered, it’s true. But I’ve learnt from my pain. I’ve become a better person.

Psychological, radical and irresistible; The Little Voice will make you question everything you take for granted. It truly is a modern-classic in the making.


"The Little Voice" has been out for just over four months. In that time, it's sold approximately 3500 copies in the English language. It has consitently been ranked as a best-seller in at least one minor category on Amazon. At times, it has been a number one best seller in several categories, on Amazon USA and Amazon UK.

Tantor Media have snapped up the audio rights. They'll be releasing an audiobook in English sometime in the next month or two.

The book has received hundreds of reviews and rating across Amazons different sites and Goodreads. Most reviewers have given the book five stars. It has received a few negative ratings, which is natural for a book which covers controversial issues. It has also received rave reviews from the likes of The Canary and Buzzfeed.

It was my sixth birthday when the little voice first spoke to me.

Please do understand, dear reader, that it wasn’t an abstract little voice. Oh no! It belonged to a little creature who lived inside my brain. But that creature had not, up until that point, ever said a word.

That creature wasn’t human. Far from it! Although its eyes were identical to my own.

If I’m to be totally honest, I must admit that I’m not exactly sure what it was. I’ve always just called it ‘The Egot’.

The egot’s skin was as red as hellfire, its hair was as bright as the midday sun, and its belly was as round as a pearl. It had webbed feet, elfish ears and lithe claws. I assumed it was male, but it could’ve been female; it was impossible to tell.

Yet, despite its peculiar appearance, I felt comfortable whenever I saw the egot. It possessed a powerful sort charisma which always put me at ease. It’d lift its flat cap, bend one of its spiky knees, and wink in a way which made its eye sparkle. Just seeing the egot made me feel warm and fuzzy inside.

The egot was familiar. It was a part of the scenery of my mind. My companion. My friend.

But it had never spoken. Not until the day I turned six.

I was at school when it happened, sitting at the set of desks which I shared with five other pupils. The waxy floor was illuminated by white light. The smell of pencil shavings wafted through the air.

Our teacher, Ms Brown, was standing at the front of that prefabricated space. She was scratching a tiny nub of chalk along an indifferent blackboard.

“As soon as those brave explorers stepped foot on that distant land, they were attacked by a group of wild savages,” she told the class through a cloud of chalk dust.