The Last Church by Richard Lee

They will battle, not only for their souls but the souls of humanity. They will be pushed to the limit, enter foreign realities and lose friends, as the devil is coming to...The Last Church. 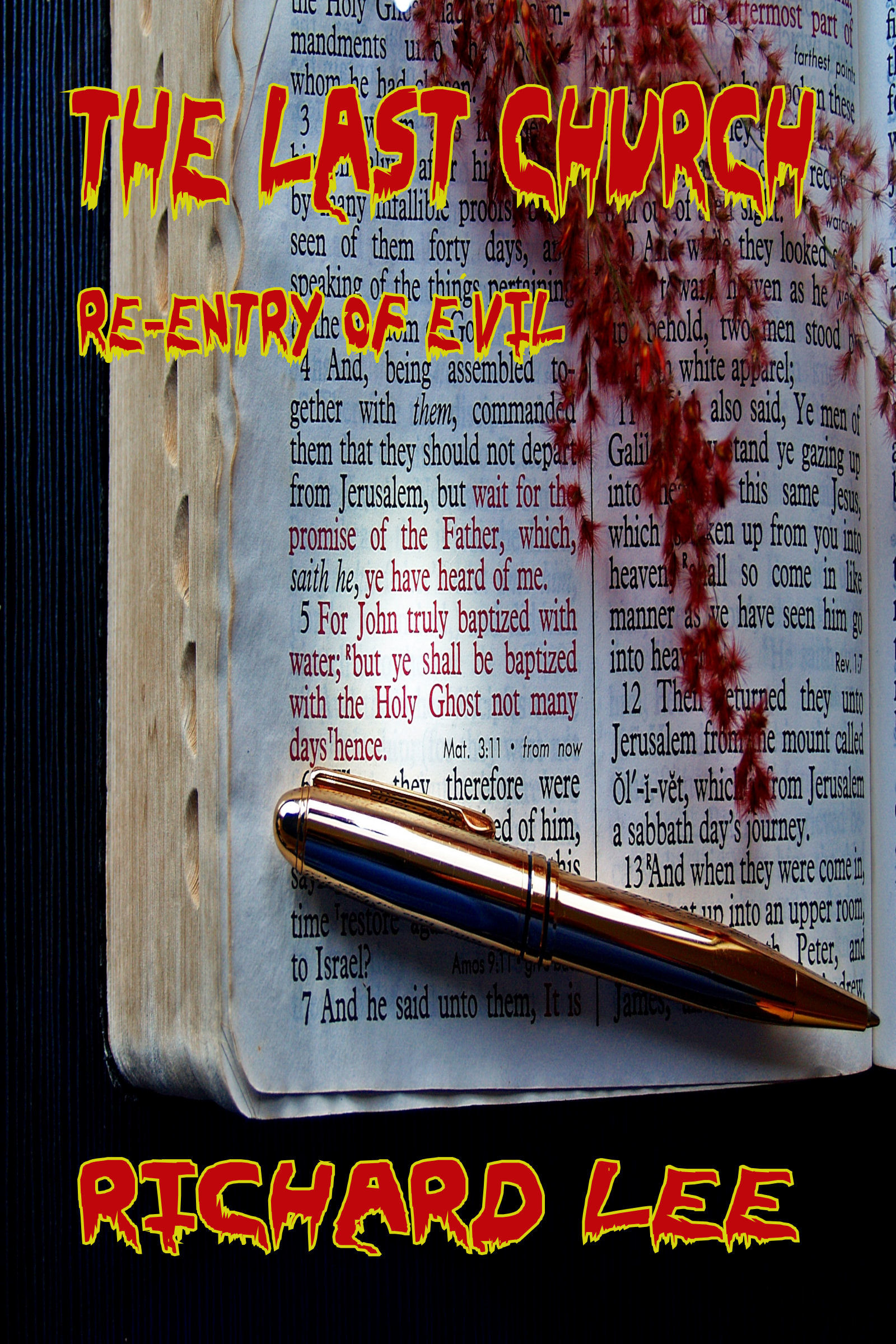 The year is 2368, and life in New Zealand is bleak. With the landscape all but destroyed by environmental disaster, the survivors are forced to retreat into the safety of a massive dome in order to live. But discontent is rife, and when an archaeology student named Rachael ventures into the wasteland to uncover the truth about the past she finds the impossible.

There, amidst the ruins of an ancient house, she stumbles upon the unthinkable -- a rip in time that allows her to see the previous occupant of the house. Peter Clement. A failed businessman man destined to become the ultimate embodiment of evil.

The future is not a utopia.

In a world on the brink of WW4, in an age sparking the end of Christianity, one group of archaeology students will face the greatest terror known.


On release day it rose to number 5 for paid sales. Latest details post below:

The Devil tucked his baby girl in bed and kissed her goodnight. A smile graced his face as he watched her snuggle under the covers and curl into a fetal position, pulling the blankets up to her chin.

Squatting down next to the bed, he gently pushed her nose. “Go to sleep now. I’ll see you in the morning.”

She nodded her head vigorously, but didn’t close her eyes.

Their eyes locked and without warning, a cold shiver ran the length of his spine, prickling the hairs on the back of his neck. Slightly panicked, he scanned the room, but saw nothing wrong or out of place. The steel shutters were secure, the closet door was open, and a soft night-light glowed inside; no shadow danced inside or on the floor.

He was overprotective and he knew it. Still, he couldn’t shake the feeling that something was wrong. He could taste it in the air and smell the disgusting flavor of death. Something or someone was either here or on their way.

At the door, he blew his daughter a kiss to send her to dreamland, then activated sleep mode with the simple push of a button. He smiled as a blue wave of light washed over the bed and encased her in a protective shield.

A soft hum issued forth telling the Devil that all was fine. His daughter would be asleep in a matter of seconds.

He closed her door as she gave him a sleepy wave. In the hallway, he said, “Computer, scan Jenny’s room, then the rest of the house.”

The Devil waited. His fingers twitched nervously and his chest grew tight waiting for an answer. After what seemed like an eternity, the computer said, Scan complete.

“What are the results?”

Life forms, three. All have been identified as Jennifer, Laura, and John Watcher. Electrical circuitry is at—