The Lady's Chocolatier by Sandra Sookoo 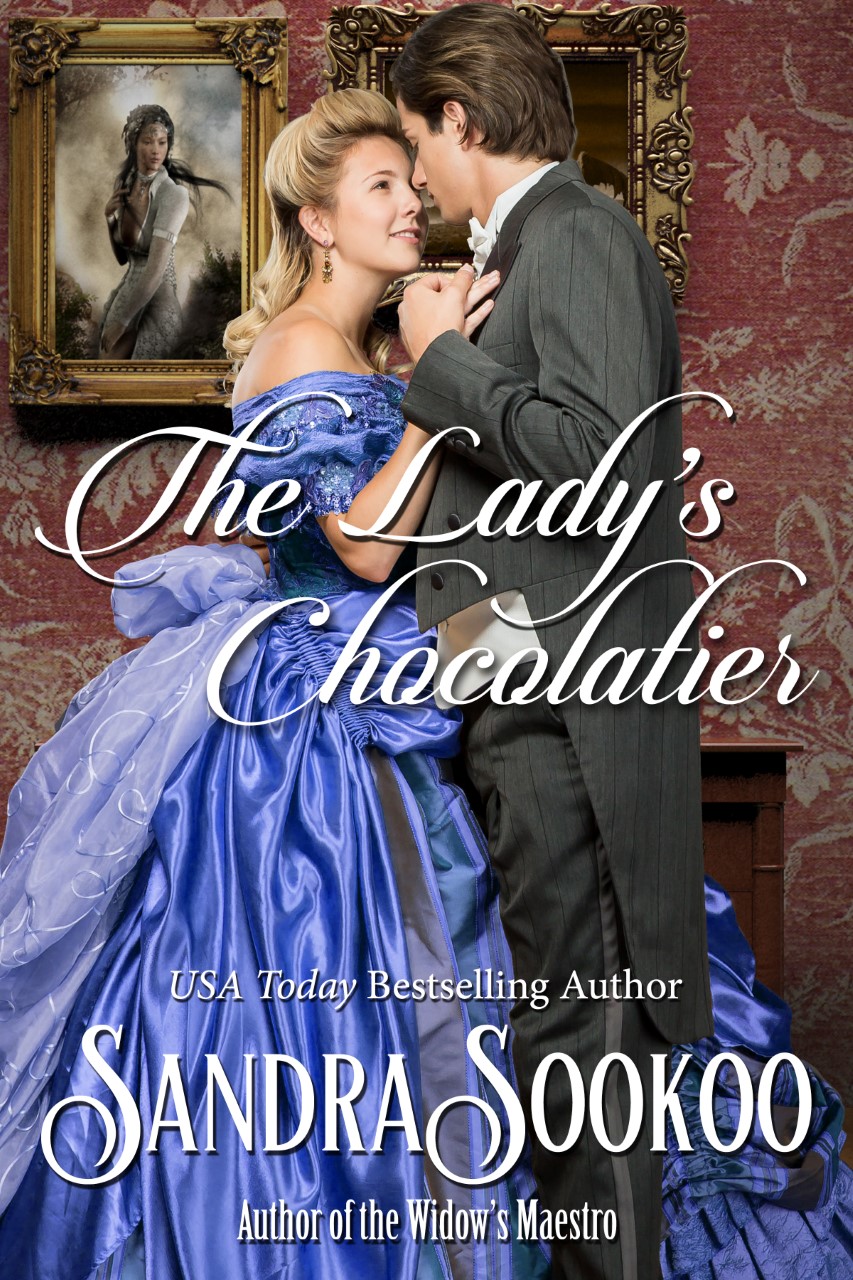 Mr. Jasper Winslow, the once meek and mild second son of a viscount, is a chocolatier who specializes in fine French chocolates, which helped him put the pain of his lost love behind him. He’d made peace with his life… until a chance meeting with the woman he would have wed reminds him that his heart hasn’t forgotten.

Strong-willed and independent, Miss Evangeline Bradenwilde wants to be seen in Victorian-era ton society as more than the connections she can make through marriage. Though the trade she works selling underpinnings isn’t exactly the pinnacle of success she’d wished, she still has dreams… until those are shattered when she unexpectedly encounters the man she ran from on the eve of her engagement.

Thrown together by a fierce rainstorm, Jasper and Evangeline are forced to confront their past and mend a broken relationship if they want to move forward. Exploring the people they’ve become is key, understanding hidden desires is paramount… and a little hanky panky involving chocolate and corsets won’t hurt either.


When this released, it hit Amazon bestselling lists in a couple of categories. It sells well, especially when I run ads.


"By all means, do not let me keep you." She stood back and snapped her wet skirting away from him, as if he might brush by her as he passed. "No doubt you have important work to resume or people high on the instep to meet."

Heat stabbed through him. She'd always possessed a voluptuous figure. Now, with five years of experience, that figure had only been enhanced, featuring curves in all the right places. Curves that would drive a man insane for a peek at bosom or hip. The tight confines of the green velvet displayed her charms to full advantage, the frothy lace at her throat only drew his attention there. He sent his gaze over her left shoulder. "I do, but that is not the point." Jasper cleared his throat. "Do you, ah, have appropriate travel arrangements?"

"Perhaps." She looked away, the brim of her hat hiding her face.

Walk away, Jasper. Leave her haughty arse on the platform and make certain she remains in your past.